For Rhythm Planet’s latest mix, I’ve selected 20 wonderful jazz, world, and classical tracks—mostly new but a few evergreens, too. I’ll highlight some of them below.

We start with the L.A.-based Aditya Prakash Ensemble with a track honoring the memory of Prakash’s father. The song was originally penned by the late Qawwali master Nusrat Fateh Ali Khan. A video of the recording session (see below), done at UCLA, is very moving.

Next we hear a rare performance by saxophonist Pharoah Sanders of his iconic song “The Creator has a Master Plan.” This comes from organist Joey DeFrancesco’s new album In the Key of the Universe. New in jazz reissues is an audiophile vinyl release of trumpeter Don Cherry’s 1975 jewel Brown Rice, a celebration of world music long before the term was coined. It features musical elements from jazz, African, Indian, and Arabic music.

On the world music front, we hear from a new album of Moroccan devotional music called Jedba, co-produced by the Moroccan composer and producer Abdesselam (Abel) Damoussi and world music artist Nour Eddine. Other new world music highlights include Vietnamese zither player Tri Nguyen, music from Turkish oud player Mehmet Polat, as well as some Thracian groove from the Rodopi Ensemble. Finally, Cuban singer Eme Alfonso (photo below by Larisa Lopez) is out with her third album, called Voy. She was recently featured on The World and NPR called her a “standout” at SXSW. 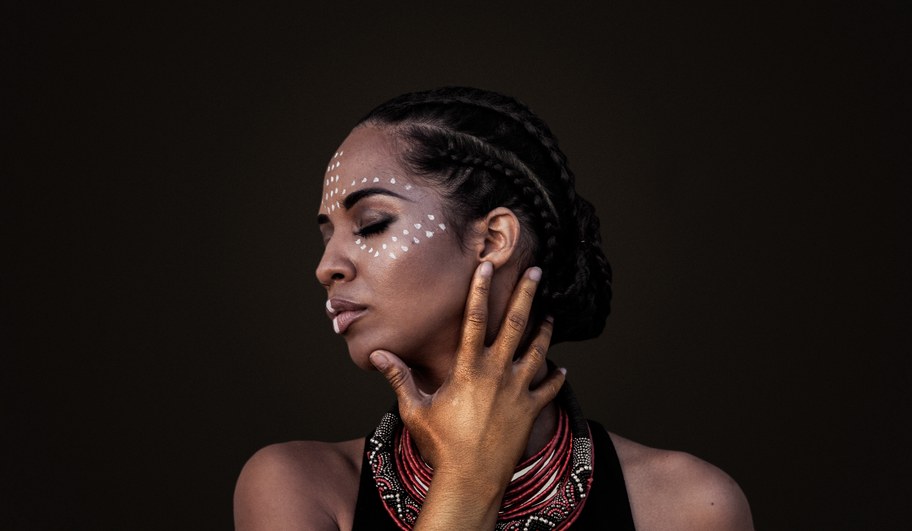 We travel back in time to Kid Creole and the Coconuts’ 1985 big Paris concert with the track “No Fish Today” and also hear “Social Call” from jazz vocalist Betty Carter’s great 1992 Jazz at Lincoln Center show. I also throw in Brazilian drummer Tutty Moreno’s “Algo Sobre Nós” (Something About Us) recorded with his wife, singer-guitarist Joyce Moreno.

Pianist Brittany Anjou is not only a fine musician but an Esperanto expert as well. Remember Esperanto? It was the universal language whose aim was to bring the world together, which unfortunately didn’t happen. You don’t have to understand it to appreciate Anjou’s music, however.

Azerbaijani pianist Amina Figarova’s new album Road to the Sun celebrates the 20th anniversary of her group. I think it is her best yet, not only as a pianist but also as a composer. We listen to the track “Fall Eclipse.”

Bassist Steve Haines is an artist I hadn’t heard before. I love his beautiful song “You,” from a new album that also features Joey Calderazzo on piano. I also love pianist Lucian Ban’s cover version of Jimmy Giuffre’s beautiful composition “Jesus Maria,” a song rarely covered since Giuffre’s original 1961 version.

Hope you enjoy this week’s playlist!