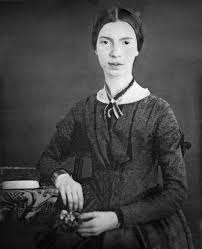 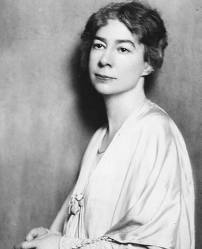 These women wrote poetry that expressed strong but bridled passion: in spite of their living in an age of whalebone corsets and repressive Victorian morality–women weren’t allowed to vote because they were considered too emotional. Just think of the derivation of the word “hysterical” in which the root means female. In the midst of all this, their poems nevertheless exude sensuality and quiet longing.

Most the music here features poems by Emily Dickinson. She lived an introverted and reclusive life, spending all her years in Amherst, Massachusetts. Emily Bronte was an English poet who died very early at only 30 years of age; she is best known from her novel, Wuthering Heights, in many ways a revolutionary novel that challenged the strict Victorian ideals of her time, as well as addressing religious hypocrisy and even gender discrimination. Sara Teasdale, born later, lived a complicated life and later died of suicide.

This music and poetry is introspective rather than somber, it is quiet music to be enjoyed in stillness and solitude, not when one is working out or driving to the beach. It is poetry and music of great beauty, and I have been captivated by it after listening to it repeatedly.

Susanne Abbuehl makes up most of the playlist, but I have also included the beautiful album by Radka Toneff, a Norwegian singer who like Bronte died very early, as well as Eric Whitacre’s luminous album Cloudburst, one of the most beautiful choral albums ever. Another choral feature based on a Dickinson poem is John Adams’ Harmonium album, featuring “Because I Could Not Stop for Death”.

P.S. I was recently sent an earlier album by Susanne Abbuehl, Compass, from 2006. Like The Gift, it features beautiful arrangements of classic folksong such as “Black is the Color of My True Love’s Hair”, “Where Flamingos Fly”, a poem by James Joyce, and even a cover of Sun Ra’s “A Call for All Demons”.  Like her new album, this is a brilliant and most interesting album. Abbuehl is fascinating and eclectic in her choice of material.

END_OF_DOCUMENT_TOKEN_TO_BE_REPLACED
KCRW’s Season of Giving Back – donate for essential journalism, music discovery, and arts and culture for all + be automatically entered to win a Private Screening of Guillermo Del Toro’s latest film for up to 40 friends + concessions!
GIVE NOW
Give Now