Tunes to Spring into Summer

As we look forward to warmer temperatures, this week’s music starts in the islands, featuring reggae superstar Macka B (video below) and playlist tracks from Bahamian legend Joseph Spence, Cuban pianist Bebo Valdés, and Puerto Rican pop duo Buscabulla (Puerto Rican slang for “troublemaker”). Macka B praises the virtues of a vegan diet, Joseph Spence plays the guitar like no other, and Valdés’s 2010 album Bebo Rides Again was his first after a long sojourn as a hotel pianist in Sweden. And to think he was once the pianist and musical director of the swank Tropicana Night Club in pre-Castro Havana! Buscabulla’s debut album Regresa was recorded after the husband-wife duo (pictured below) returned to Puerto Rico post-Hurricane Maria to re-connect with their roots.

The amazing guitarist Kurt Rosenwinkel is out with a new album and we hear “Punjab” by Joe Henderson, one of my favorite songs. “Grão” from Brazilian-American singer Alexia Bomtempo comes next. Her latest album Suspiro mixes Brazilian and American song, reflecting her background in both worlds. We follow with a Brazilian-themed album from a French group led by saxophonist Jean-Pierre Zanella.

I like the sound of John Ellis’s new album, The Ice Siren, and Gretchen Parlato’s singing on the song “Little Man.” From here we rewind back to the haunting, plaintive The Old Miner” by the English folk music duo Silly Sisters. The lyrics come from a coal miner’s folk song written long ago and preserved in Songs of the Midlands (1972). It features a great solo from Dan Ar Braz, a guitarist from Brittany in the north of France. 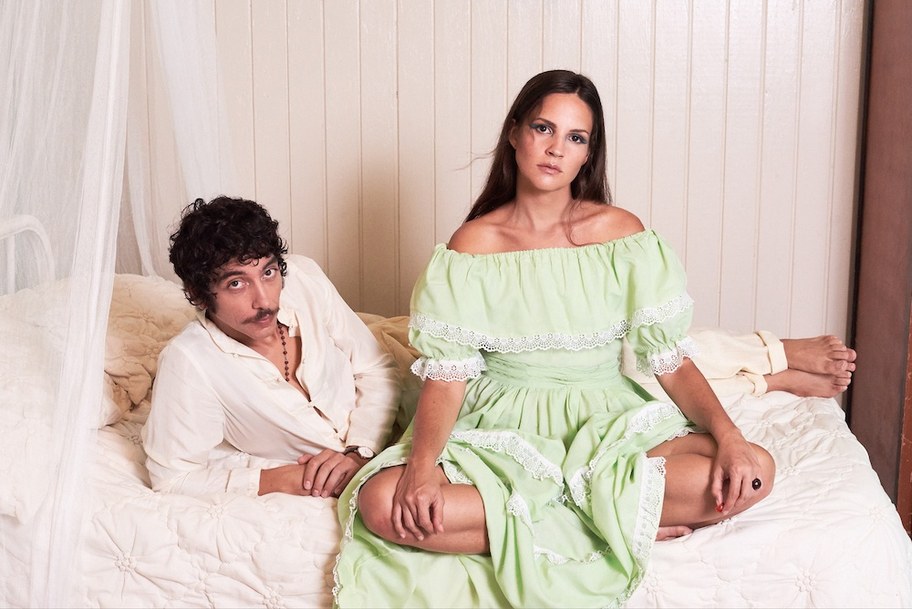 Classical piano from France comes next, with music composed by Claude Debussy and Francis Poulenc.  This version of Debussy’s classic, “The Girl with the Flaxen Hair,” comes with an unusual twist—it’s performed as a duet between saxophone and piano by Andrew Rathbun and Jeremy Siskind.

Pianist Erroll Garner wrote his most famous song “Misty” on a DC-3 plane flying over the clouds above Chicago. Mack Avenue Records is reissuing many Garner classic albums and we hear “Misty” from the remastered album Gemini. The music continues in a jazz mode with alto saxophonist Jim Snidero. The song “Jeju” incorporates a traditional Korean instrument, the gayageum, which gives the music an interesting twist. Next we hear the desert modal grooves of frame drummer Marla Leigh, along with the silk road electronica sounds of Carmen Rizzo and Narayan Sijan’s group Karavan Sarai (pictured below). 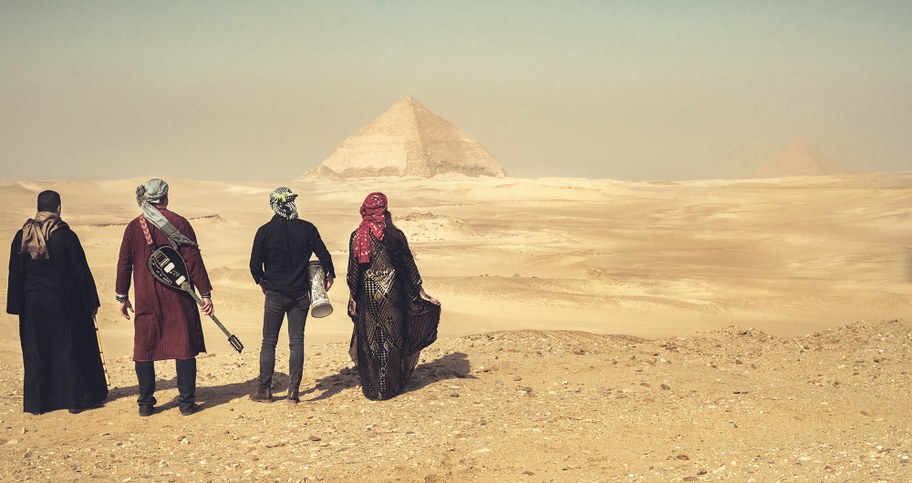 Drummer Sasha Mashin hails from St. Petersburg. His new album, Happy Synapse, is a musical journey tracing his recovery from depression in Russia, where mental health issues are often stigmatized. I also like the sound of three new jazz albums from tenor saxophonist Walter Smith III, drummer Jonathan Barber, and MATHIS Sound Orchestra. All three albums are exploratory and improvisatory, expanding the jazz idiom in lovely and surprising ways.

To close, inspired by the Silly Sisters’s mining song, we hear an uplifting classic from British singer June Tabor about a pigeon race, “The King of Rome.” This song was etched into my brain decades ago.