I am heartbroken by the death of Angolan singer-songwriter Waldemar Bastos, who passed away in Lisbon on August 9 at the age of 66 after battling cancer. His exquisite voice and music soothed and transfixed his audiences. He also radiated a beautiful aura that left a powerful impression upon those who met him.

Bastos began singing as a child, and at age 8 picked music lessons over getting a bicycle. He never veered from his chosen life path, dedicating his heart and soul to music. Although Bastos performed and recorded variously in Angola, Portugal, and Brazil, he did not gain worldwide recognition until the release of his fourth album, Pretaluz/Blacklight, in 1997 on David Byrne’s Luaka Bop label. Serendipity had earlier led Byrne to pick up one of Bastos’s albums in Lisbon, and the Talking Heads leader then invited Bastos to participate in Luaka Bop’s 1995 Lusophone compilation Afropea 3 – Telling Stories to the Sea. That’s where I first heard Bastos’s music; I liked his track “N Gana” most of all among the various tracks on the album, and felt I’d discovered a very special artist. Luaka Bop then issued the critically acclaimed Pretaluz/Blacklight, which was recorded in New York and brought Bastos to U.S. and European audiences. 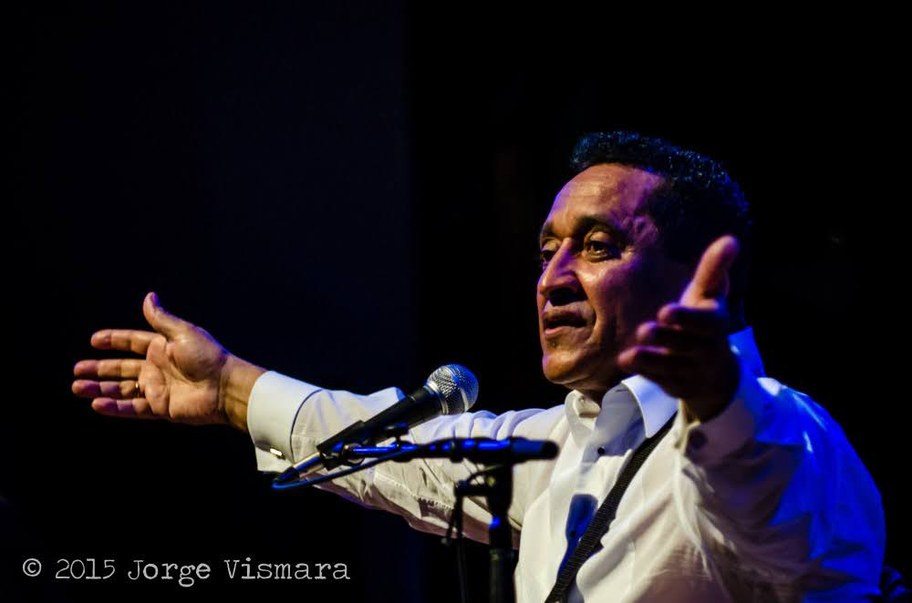 Waldemar Bastos performing in 2015. Photo courtesy of and © Jorge Vismara

Bastos truly had a special gift. His heartfelt music is filled with the saudade and longing of exile.  There’s the sadness of Portuguese fado and Cape Verdean morna, but also the uplifting joy of Cape Verdean coladeira and Brazilian samba. I’m forever amazed that some of the sweetest music comes from the most conflict-ridden places. Such is the case for Angola, currently in turmoil because of endemic corruption. Bastos defected to Portugal because of Angola’s long and bitter civil war (1975-2002), which followed a hard-won independence from Portugal in 1975. He spent years in Brazil, Germany, and Portugal. He even stayed a bit in Los Angeles while his son went to Santa Monica College, and I would occasionally run into him.

I will always be proud of being part of the team that brought Bastos to the Hollywood Bowl in 1999, where thousands sat in rapt silence listening to his music, then burst into ecstatic applause at the end. In a review for the Los Angeles Times, Don Heckman wrote that Bastos “clearly deserves wider recognition. His set was a remarkable blending of styles, his burry, rich-toned voice floating over a rhythmic base that mixed elements of African, Brazilian and jazz rhythms.”

Over the years since, I would watch Bastos perform at other venues and his mesmerizing effect on audiences was always the same. He was humble about his music but his songs revealed a depth of experience that cuts across language and cultural barriers. Despite exile, arrest and imprisonment, the death of a son, Waldemar Bastos’s music transcends personal tragedy and radiates peace and joy. Such was the man and artist.

Bastos’s final studio album, Classics of My Soul, was released in the U.S. in 2012, and features three tracks with the London Symphony Orchestra (see behind-the-scenes footage in video above). Some of it was recorded here in Los Angeles, where his producer, Derek Nakamoto resides and works. I reviewed the album for PRI’s The World. Anybody with heart and a taste for beauty will be moved by this final magnificent achievement, which you can hear in the Spotify playlist I put together. Bastos’s voice with the big orchestra—or just solo with a guitar—will touch your emotions and melt your heart. It certainly did mine.

I had the pleasure and honor of interviewing Waldemar Bastos in January 2015, in advance of a performance at the JACCC. You can still listen to the interview audio on KCRW’s website. I’m grateful to have had that opportunity to speak with him. 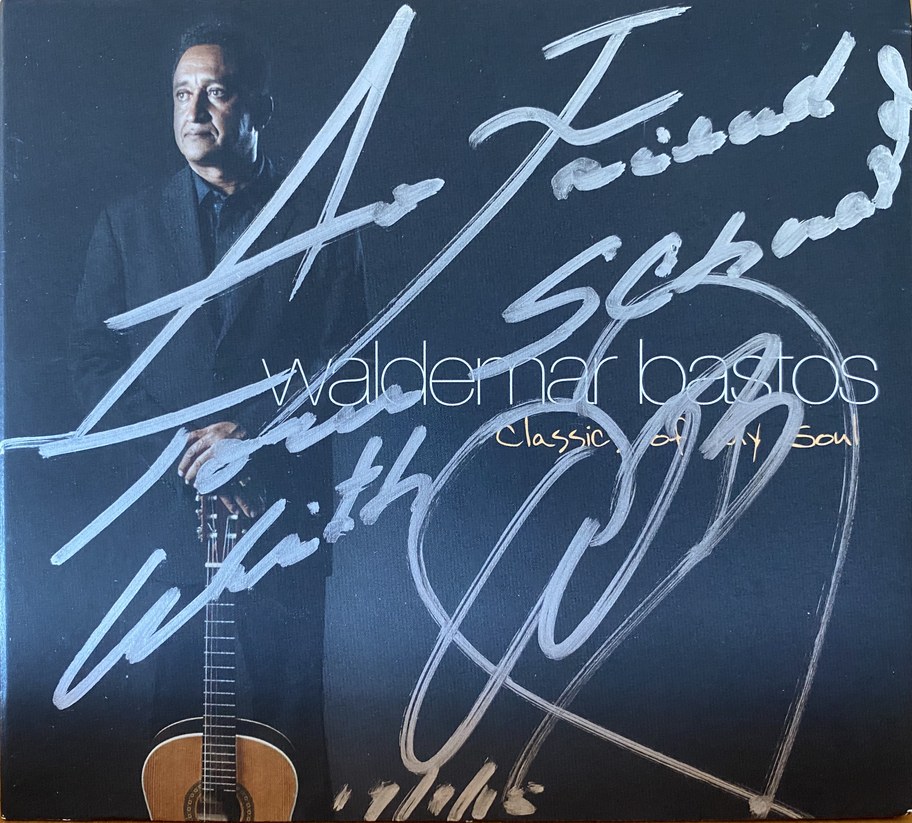 My music is defined by own life experiences, praise for Angolan identity, and a call for universal brotherhood. I have matured. Everything I have absorbed from other cultures, and various musical styles—I have traveled quite a bit—which has inspired beauty in me, is a part of what I’m doing now. So, it is gratifying for me to hear or read critics say, as it recently happened in the USA, that my music is universal. That it is not a regional music, but instead for people everywhere. This is my main and most sincere goal, my contribution for harmony among people! For me such is the first and ultimate function of Art.

My sincere thanks to producer Derek Nakamoto of Classics of My Soul, and to Alpay Taskin, Waldemar Bastos’s Berlin-based manager, for their assistance in writing this remembrance. Thanks also to Jorge Vismara for permission to use his photographs. 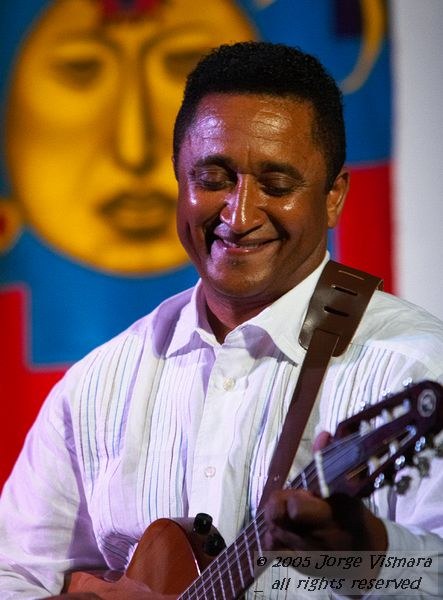 Waldemar Bastos Live at the CCB from Life Music on Vimeo.

END_OF_DOCUMENT_TOKEN_TO_BE_REPLACED
KCRW's Season of Giving Back – KCRW Champion Sheila Golden challenges YOU to donate to KCRW TODAY. If we can raise $10,000 she will match it — totaling $20,000 for KCRW!