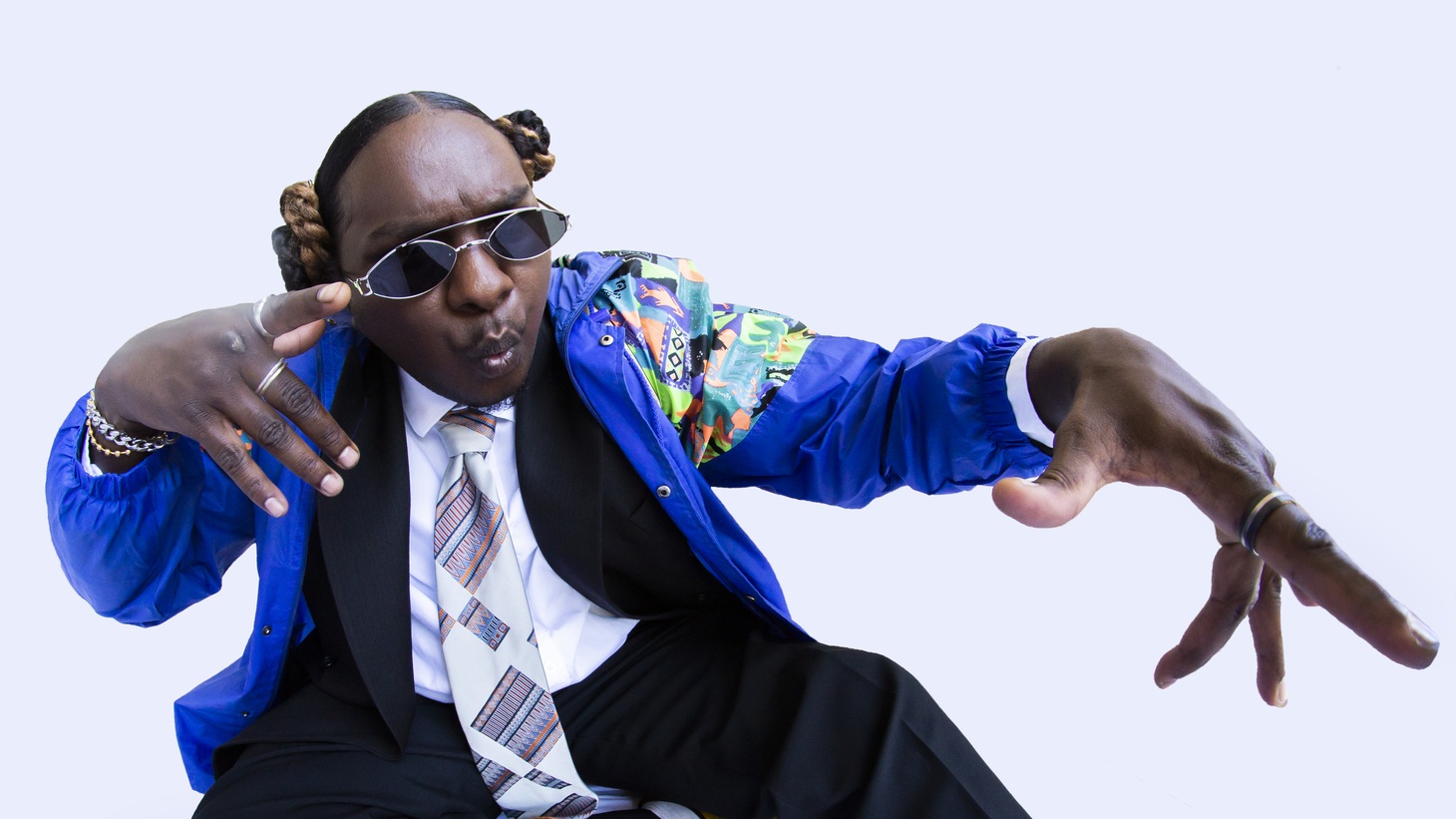 Indigenous rapper Baker Boy is in the hot seat for our Global Beat: Australia finale. Photo by Charlie Ashfield.

KCRW’s Global Beat is a series highlighting emerging artists from around the world. We’ve kicked the series off with our friends in Australia by partnering with The Australian Music Alliance and the Australian Music Radio Airplay Project (Amrap), a uniquely Australian organization designed to support Australian music on public radio. KCRW DJ Raul Campos hosts along with Amrap Manager Andrew Khedoori for weekly Aussie artist spotlights.

Go big, or go home, right? Actually, in this case, it’s more like go big to go home. As the inaugural season of KCRW’s Global Beat draws to a close, we decided to draw a perfect circle.

Danzal Baker, a.k.a. Baker Boy, was the very first artist we heard from on Global Beat: Australia, already a luminary in his own right with Young Australian of the Year and several ARIA Award nods under his belt. Since then, the rapper, artist, and actor’s star has only continued to rise with the release of his acclaimed debut album “Gela” in October.

Baker joins us for an extended finale conversation where he opens up about his upbringing amidst the “croc-infested waters” of Arnhem Land, his love of classic hip-hop, and how he honed his signature sound — switching up his rhymes from English to his native language Yolnu Matha on a dime, making prominent use of the didgeridoo, and continually searching for more innovative ways to narrow the gap between his Yolŋu traditions and modern rap style.

In true Global Beat fashion, he also selected three songs from Australian standouts to share with us. Fellow Global Beat alums King Stingray are his literal family. Genesis Owusu isn’t Baker’s actual relative, but he feels enough of a kinship with his genre-busting peer to repeatedly refer to him as “brotha man.” And Baker also shines a spotlight on the fiercely feminist rocker Jaguar Jonze.

Listen to his full conversation with our esteemed hosts, and read on for deeper dives into his song picks.

You can dig into all the tunes we’ve gathered for you so far (plus bonus tracks!) on our Global Beat: Australia playlist. 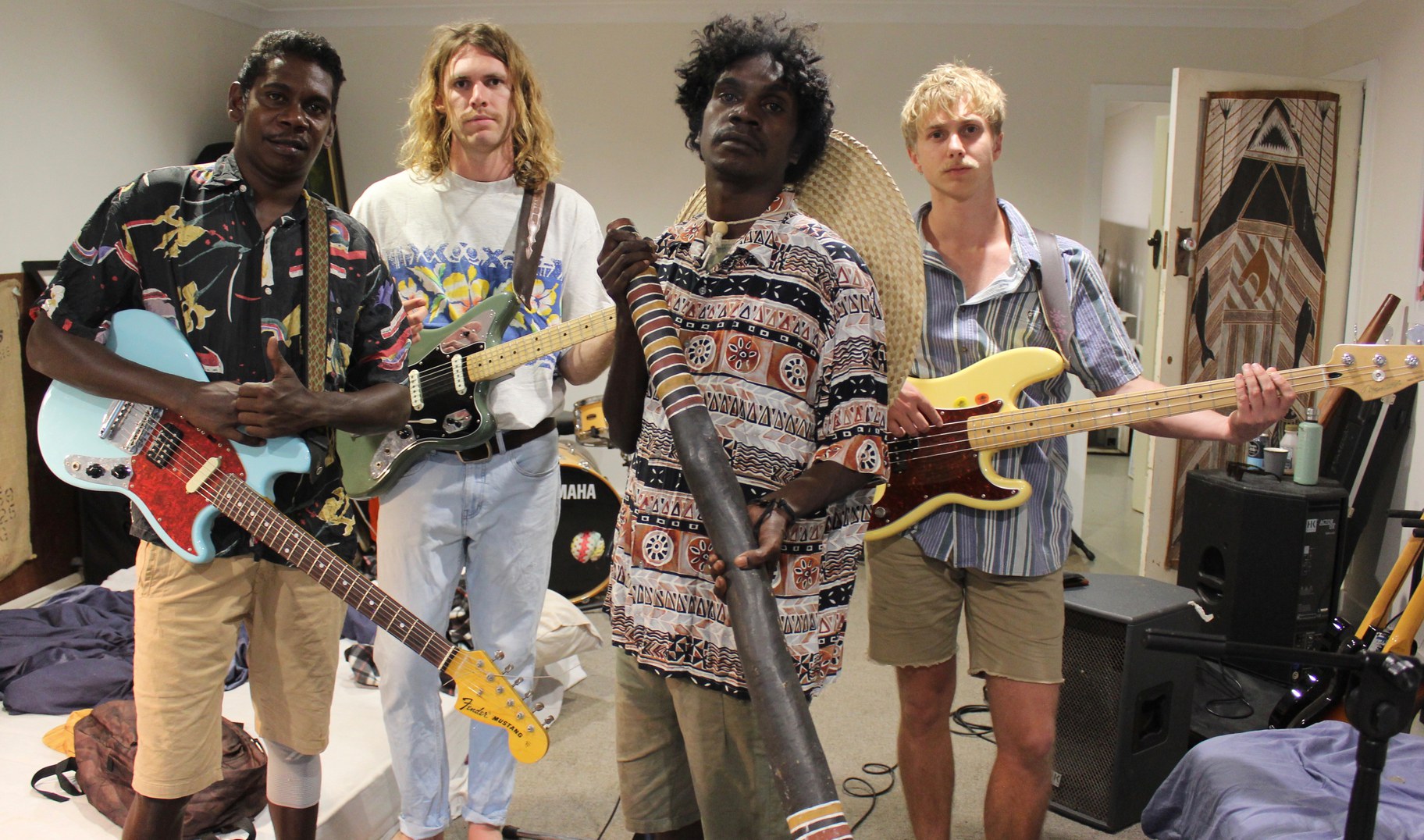 King Stingray hail from the Yirrkala community of East Arnhem Land in Australia’s far north. Photo courtesy of the artist.

King Stingray’s founding members Yirrŋa Yunupiŋu and Roy Kellaway grew up together, and their friendship has often been centered around creating new music. Naturally these two were destined to form a band.

King Stingray’s mission has been to “seamlessly blend ancient Indigenous melodies with surf, indie, and funk influences to create a unique sound of their own: Yolŋu surf-rock.” Mission accomplished.

Baker Boy clearly has a lot of feelings when it comes to this very special group. “​​We are all related. We’re family, and we have all of these similarities in language and culture, so it's really cool to see something like [King Stingray’s music] happening,” he says.

“[They make me] feel like I'm not lonely sharing Yolŋu culture out there, showing off the culture and stuff. [What they’re doing] sounds really different from what I'm doing, which is awesome."

Genesis Owusu - “Smiling With No Teeth” 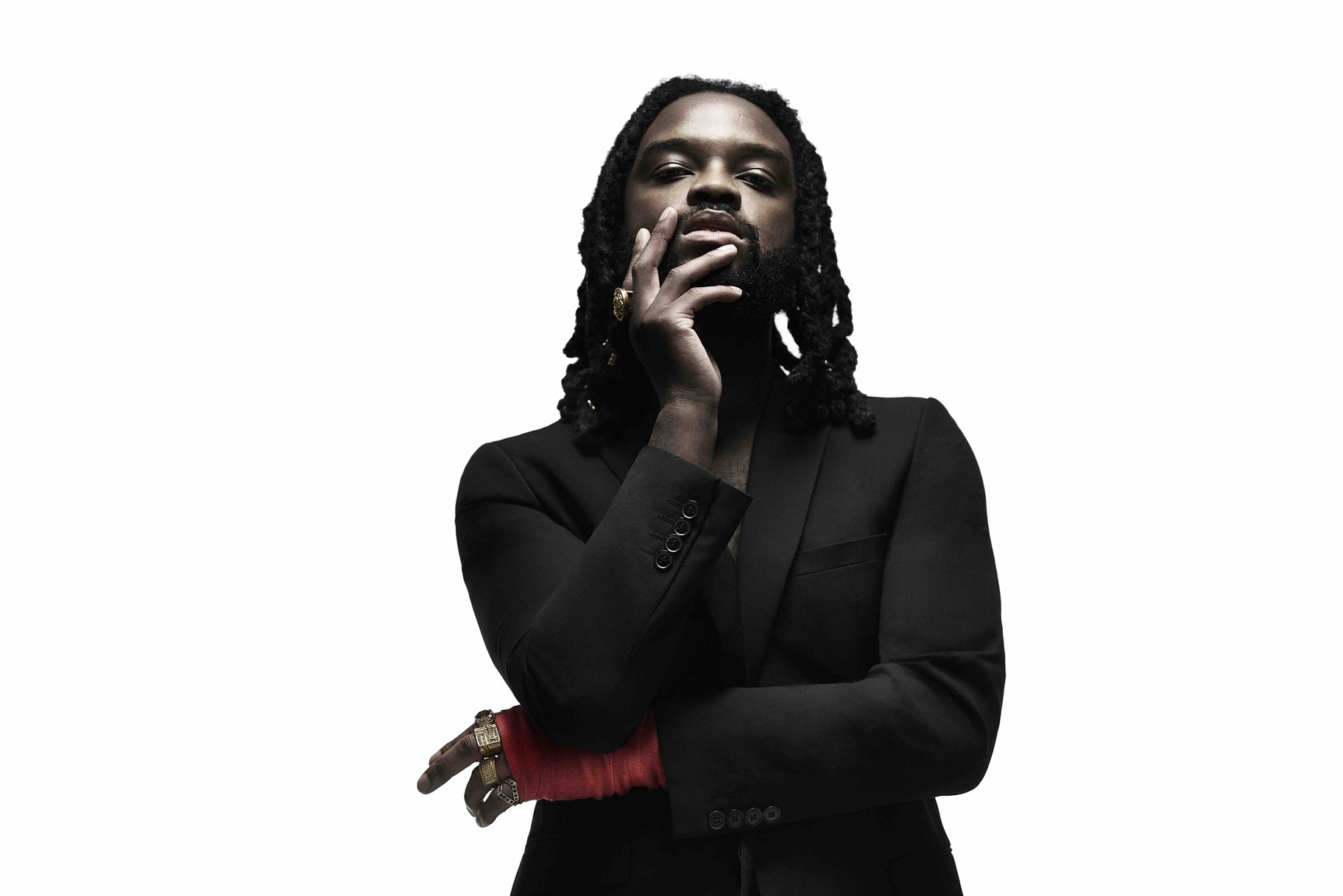 Based in Canberra, Australia, with deep ties to his native Ghana, the musician born Kofi Owusu-Ansah topped many 2021 year end best-of lists with his debut album “Smiling With No Teeth”. Photo by Daniela Federici.

From gritty beats to synth-infused melodies to swooning soul, Genesis Owusu brings a knockout combination of breadth and vitality to the table. When KCRW’s Dan Wilcox wrote about “Smiling With No Teeth” for our Best albums of 2021 (So Far), he described Genesis Owusu’s genre-busting approach as being along the lines of David Bowie, Grace Jones, and Anderson .Paak.

Of the album’s title track, Baker Boy gets reverent: “It's a stance against racism, and it's a celebration of being [an] individual. It's cool to see brotha man out there doing amazing work.” 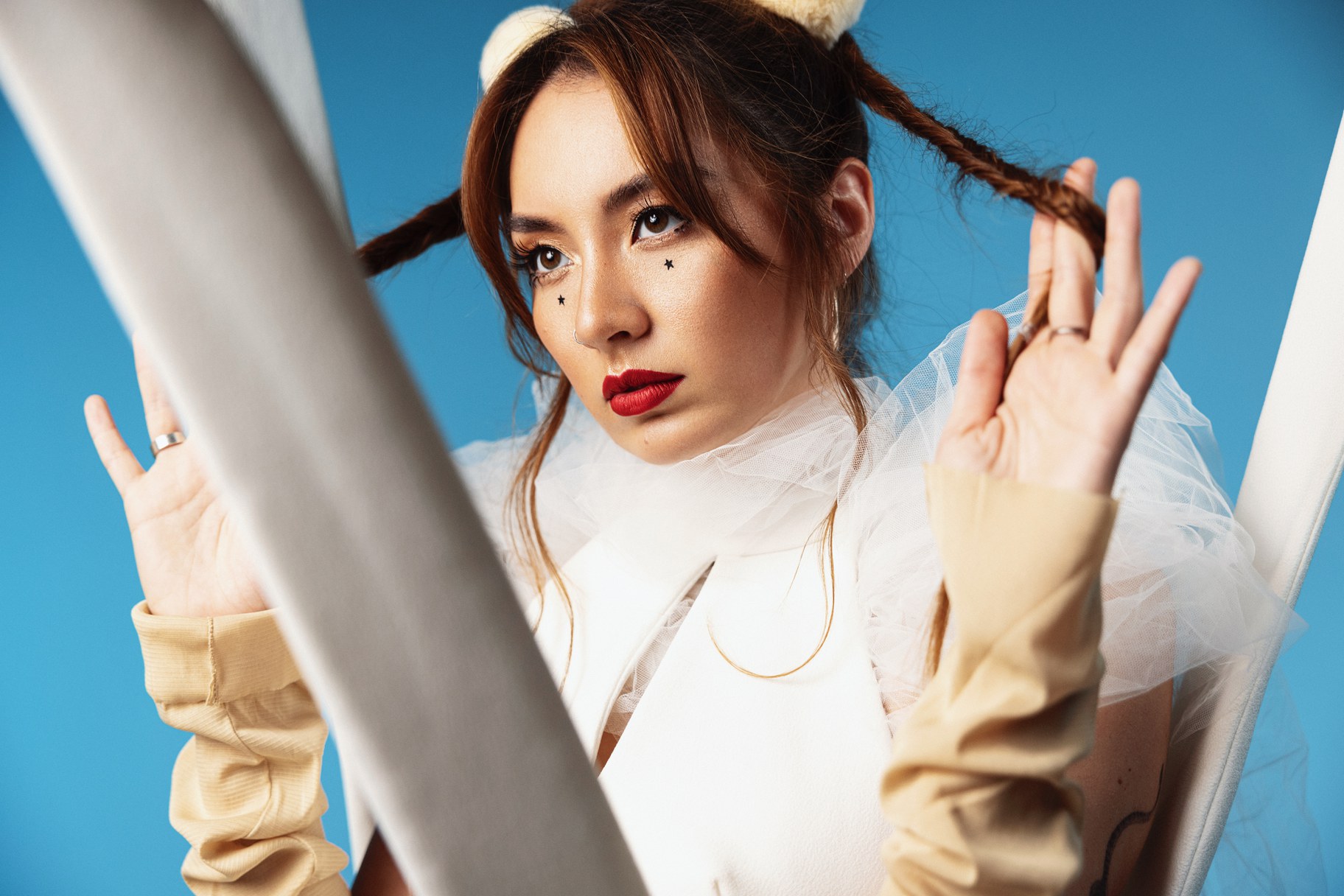 Deena Lynch (aka Jaguar Jonze), is a Taiwanese-Australian singer, songwriter, and multi-instrumentalist based in Brisbane. Photo by She Is Aphrodite.

It’s fitting that our GBA finale goes out with a bang courtesy of fiercely feminist rocker Jaguar Jonze. Host Andrew Khedoori wisely points out that Jonze is one voice among many brilliant Australian women speaking truth to power within the music industry. We’ve shared so many of these tracks with you during this series: Miiesha, Jen Chloer + Hachiku, and Ruby Gill, whose song “You Should Do This for a Living” is a starkly performed treatise on “the woes of being a female in the music industry” that Khedoori says is representative of “a slow-turning happening at the moment.”

Baker Boy passionately endorsed Jonze and her cohort as well: “We need people like Jaguar Jonze out there. Strong, independent, female voices to empower more people to speak out.”