Questlove on ‘Summer of Soul,’ Black erasure, and driving two hours to meet Prince in the middle of the night 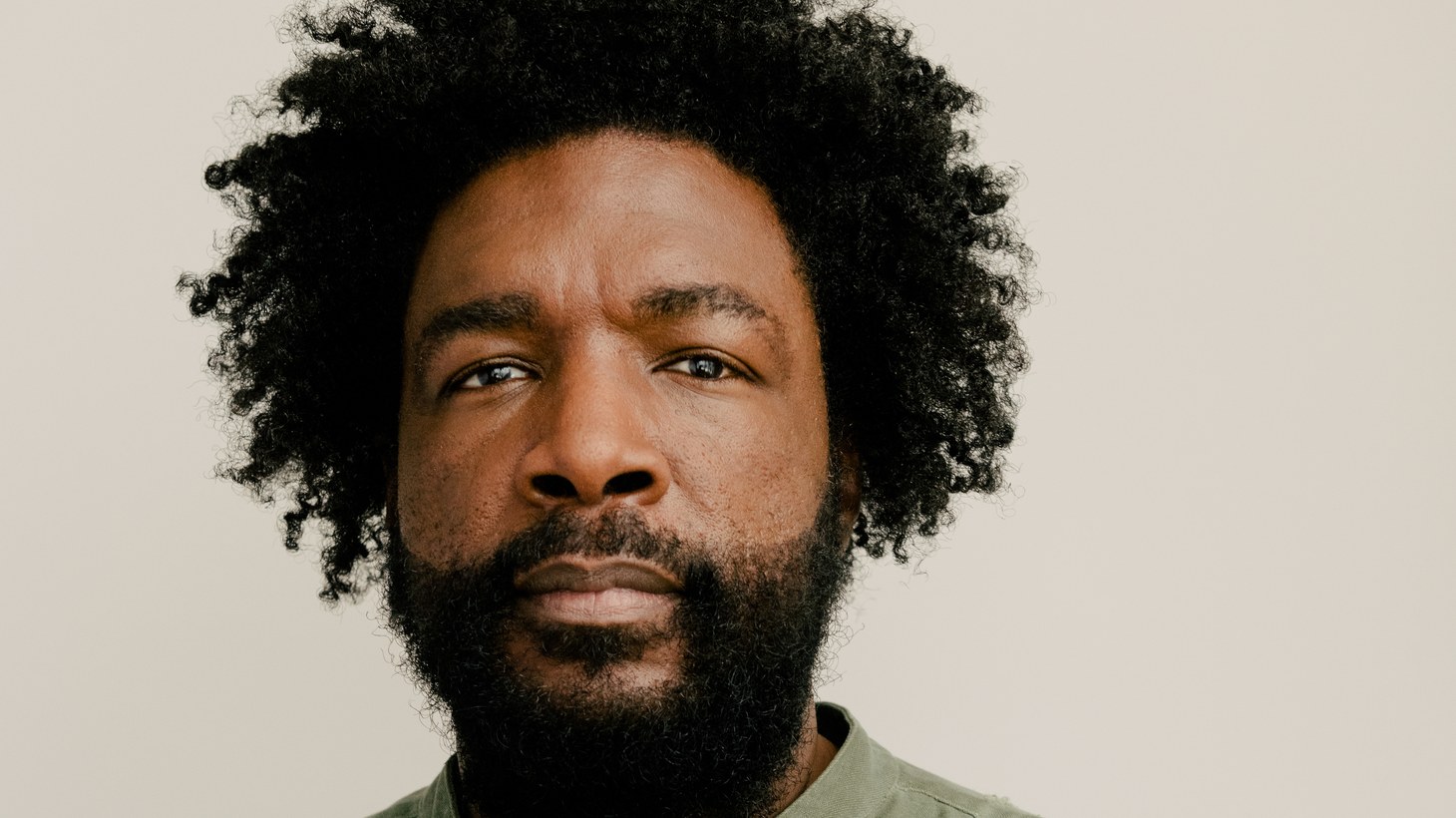 Questlove opens up about directing the acclaimed new documentary “Summer of Soul.” Photo by Daniel Dorsa.

The recently released documentary “Summer of Soul” is panning out to be the film of the summer. It won both the Grand Jury Prize and Audience Award at the Sundance Film Festival and is receiving rave reviews. Centering around the Harlem Cultural Festival of 1969, with over 300,000 attendees and electrifying performances from some of the biggest names in music like Stevie Wonder, Nina Simone, BB King, and Hugh Masekela, “Summer of Soul” features incredible footage that has been mostly unseen and largely forgotten until now.

The director of the film, Amir “Questlove” Thompson joins Morning Becomes Eclectic co-host Novena Carmel to discuss how he discovered the footage, Black cultural erasure, and his “made it” moment with Prince.

KCRW: How did this footage end up in your lap, and how did you decide to make this film?

Questlove: “My first introduction to the Harlem Cultural Festival actually starts in 1997, when The Roots are first in Tokyo, Japan. My translator, admiring my afro, says, ‘I think you love Don Cornelius. You look like Don Cornelius, and I want to take you somewhere.’ So she takes me to the Soul Train Cafe, which was really like Friday’s with a bunch of monitors playing soul clips of the day. But it's 1997, so YouTube or the internet really hasn't fully developed yet. And I happen to see two or three minutes of the Sly and the Family Stone performance, which was done from one of the bird's eye view, faraway cameras. So because I couldn't see what the audience looked like, I just naturally assumed that it was from the Montreux Jazz Festival, like some European festival.

And so then, of course, 20 years later, these two gentlemen approached me with an idea for this footage that they just acquired. There's over 40 hours of this footage, and they want me to direct this movie. And I was highly skeptical because I Googled what they were talking about, and nothing was there. I called the Nelson Georges of the world, all the New York luminaries, everyone I knew that was a journalist and had a proximity to New York, and none of them heard of the Harlem Culture Festival. And so I wasn't convinced that they were being truthful. ... And then I'm like, ‘Yeah, this really did happen.’ And it was literally trial by fire.”

Was that when you knew that you needed to make it into a film? How did you know?

“One, I needed to be convinced that I was the person to make it into the film. Because in my mind, I'm like, ‘I'm a first time driver, like, you're given me this 18-wheeler, to hoist across America for the first time, and I just got my permit.’ But the thing is, the more I kept looking at the footage, the more I realized that this is history I'm looking at, and this is really my chance to to make it right and correct history. So this was beyond any accolades I had in my mind, or it being ‘my first movie,’ that sort of thing.

I realized it was even more of a pressure to go up to the plate and hit a grand slam, like, that's what I had to do. And so it took me three months, but by late 2017, it was like, ‘Okay, kids, we're gonna make a movie. Yeah, let's start.’ So the first thing I had to do was sit with 40 hours of footage, and look at nothing else.”

How do you decide what was going to go into the movie?

“My producer Joseph Patel said something wise. He was like, ‘Treat it like a DJ gig. How would you craft or curate a DJ gig?’ And I have a very specific method when I curate shows or gigs. The first thing I work on is, what's my ending? I want to know what my last 15 minutes look like, because I want the audience walking away with a feeling. And then in my experiences ... I've learned that people often remember how an artist comes out on stage. They remember the first 10 minutes. And so that's what I was searching for.

The very first thing that I saw was Stevie Wonder's drum solo. And I instantly knew this is something I never saw before, so I know the world hasn't seen this. And what a shocking way to start a film. ... And in my first draft, the climax of the film, which is Mavis Staples and Mahalia Jackson, was my initial ending, and Nina Simone was in the middle. It kind of gave it a kumbaya, ‘and a good time was had by all,’ Hollywood ending. But the Nina part had a bite to it. ... And I didn't want [the ending] to be nice. I wanted to really reflect and hammer home the point that we were living in the same exact conditions that were happening 50 years ago. And so when you reverse the two, and put Nina Simone at the end, there's more of a sense of urgency.“

In that moment with Mavis and Mahalia, it's so beautiful when Mavis is saying it's one of the most memorable moments of her life that she'll never forget. Having worked with so many people throughout your life, was there a time that similarly resonated with you, like, “Oh, my God, I'm working with that person?”

“I have a gazillion Prince stories, but there's a moment where Prince is doing his ‘Welcome 2 America’ tour in like 2009, 2010. And he's doing like, 14 nights between Jersey and Madison Square Garden. I missed one of the nights because The Roots had to perform. And somewhere deep in Jersey ... I get a call at like 11:45 [when] I'm just about to be in bed at my hotel in Jersey. And the thing is, in Prince’s world, pronouns, and just traditional greetings, are not a thing.

In Prince’s world, it’s like ‘He would like to speak to you.’ Like the king's talking. His assistant at the time, Ruth, says, ‘He's going to have a party and a jam session at Butter ... he really wants you to come.’ And I was like, ‘Yeah, but we're in Jersey. We're two hours away. But tell him thank you.’ And that shows you how often I've been used to Prince now. Like, my first rejection. But I also learned that Prince don't accept no for an answer. And she's like, ‘Yeah, he really wants you to come.’ ... And there's no Uber back then. So I was like, ‘Can y'all give me a car service or something?’ And the answer was ‘No, you gotta get down here. He needs you.’

So cut to me now taking a $310 cab ride from Jersey in the dead of winter, from Jersey to … Butter. He likes it because he likes their mac and cheese. So he had a similar conversation with them, he makes them open. The restaurant was over at 11. But that's what Prince does. And so we're in this really cramped nightclub environment. And it's really intimate. Like literally just like me, Christina Aguilera, Jay Z, Beyonce. No big deal. Diddy. Nas is there. And maybe like 70 other people, but it's a small restaurant. And he set it up full scale [with] musicians inside.

And then there's a moment where it’s like, if you're old enough to know the reference, the Mean Joe Greene Coke commercial. Prince eyes me sitting in the restaurant. And this is how I know he knows he's Prince, because he's like, ‘Okay, I'm gonna change your life right now kid.’ Prince was world famous for like, ignoring my request for ‘old Prince’ to show up. Mind you, this is like 2009, 2010, whatever. And so to get him to do anything from the era that I first discovered Prince was hard to do. We've tried millions of times to do something from “Dirty Mind” or whatever.

And so, I don't know why, he finally gave it to me. And he starts playing the bassline of a really obscure Prince bootleg called ‘Cloreen Bacon Skin.’ And he looks back and winks at me. And that literally said more than anything he could. It's just a bass and drum duet. Nothing else. It was almost like he was thanking me, or whatever. That was my Mavis moment. And the fact that it wasn't documented. It turns me into Musa Jackson. Like, did it happen? Did it not happen? I really just see mommy kissing Santa Claus. Like, that moment.”

Wow. It was kind of like he was testing you to see if you’d make it there.

“He does that a lot, too. He's really confident that everyone knows his material to that level. There was a time at another show where me, Alicia Keys, and Musiq Soulchild were [playing with him]. And he goes into “777 9311,” and I looked and I'm like, ‘Wait a minute. I know Alicia don't know this song. She's too young for this.’ And so even then, when he discovered a ‘you don't know this’ song, he found a way to cover it up. That's how professional he is, that he can even cover up a mistake or a faux pas without you knowing it.”

Wow, what a great story. Going back to the documentary, it's so crazy that this whole festival was taped and sort of forgotten. Do you think that we're still at risk of losing or hiding documentation of important moments in culture today?

“The irony isn't lost on me that this film and the talk of Black erasure are coming out at the same time. ... The updated version of that conversation is about content on TikTok with Black creators that we're having right now. … That Black content creators going on strike from TikTok because they're tired of their white counterparts biting their moves and getting credit for it, and making a lot of money off of their creations. And in the beginning, the old guy in me was sort of rolling his eyes like, ‘Come on man, it's just a 15 second dance thing. It's a dumb dance, it's not gonna matter.’

The thing is, I know the narrative is framed, like, ‘That content wasn't allowed to come out! Over my dead body, I will not let this die!’ But it was less that then a more dangerous benign dismissiveness. Which I think is actually way more dangerous than the narrative of like, the evil Dirk Dastardly taking all 40 hours of the reels and putting them on the train tracks like, ‘Now you'll never have your history, Black people!’

It’s a benign racism that we don't have a conversation about that's also just as damaging to our history. And I just simply believe that movie heads were sort of like, ‘Well, this is all well and good, but this probably won't make money. And it's not that big of a deal to me.’ And as a result, it struggled to find a home. And that doesn't mean that people haven't attempted to do so. ... We have the rejection letters. Major studio heads were not interested in the film. It's tried before in the last 20 years to get off the ground. The story has taken a long time, 50 years, to actually come out.”