KCRW celebrates the debut of Ed O’Brien’s new project EOB with a live session. The Radiohead guitarist steps out for a solo project with his new album Earth. After wrapping a series of US tour dates last February, Ed recorded four tracks live at Capitol Records’ renowned Studio A. That session included a KCRW exclusive performance of "Mass,” one of the standout tracks on the album. He also sat down with KCRW’s Anne Litt, and the two spoke about the long journey to making the album and the inspiration behind it.

Highlights from their conversation and "Mass" below:

Ed O’Brien on why this project is called EOB:

I just never felt comfortable with going under the name Ed O'Brien. So, you know, you go through changes in your life, and I no longer felt like I'm that Ed O'Brien. I did this guitar with Fender and Alex Perez is the guy who built this prototype at Fender that I co-designed. And he, on an email heading, he just put EOB Strat. I was like, ah, that's it! EOB, and what I like about it is it means that it's not just me. I can feel free in the future to collaborate with people and bring them under the umbrella of EOB.

On the album’s nature theme and being inspired by nature:

Well, the album is called Earth, and you know, nature has played a really, really important part in my life. But, also in the music. For instance, when I started writing this album, I went back to the countryside, and it's kind of my natural habitat. And when we went to live in Brazil, we were studying for the first time back in the countryside. My wife and my kids hadn't been to the country I had. And I was like, oh, this is how it is and nature.

On living in Brazil and finding inspiration there that led to the album:

When In Rainbows came out in 2007, I said to Susan — my wife — I think, you know, we need to have an adventure together. I've had so many adventures around the world with the band that I'm in — I want to have an adventure with you because you know, why not? So I said to the guys, the rest of the band, I said in 2007, I said, in five years time, I want to take a year out and I want to go. And if you want to carry on working, fine. But I have to do this. I have to do this for my family and I have to.

[In 2012] we went to this little town about equidistant between Sao Paulo and Rio. And we lived on the edge of a farm, adobe house. The kids went to school at 6:30 in the morning, came back at one. Suddenly I had this time to write. So I started writing up there and after about six weeks, I was going, this is I'm not feeling this. Meanwhile, I was playing music at the same time, and it was interesting what music worked in Brazil, what didn't. And in Brazil, you're surrounded by this incredible nature.

Then we went back to Britain and the writing properly started when we got back. I went up to Wales, and I had this couple of weeks and I started demoing and had my shed in London, and it was basically following my intuition because my head said you should be making an electronic album, because this is where the cutting edge of sound is and this is where it's all happening. My heart was saying, get away from the computer, pick up the guitar, start shaking stuff. All the demos I had — I can't play drums — so it was all like shakers, which is very Brazilian, and so that kind of informed [it]. I realized what I had to do in the way that I work is let go of the head, follow the heart. AndI want to get out of my head and into my heart. And that kind of was one of the mantras.

On continuing with the EOB project:

For me, I'm just finding my feet, really. And I'm excited about where this band will go. I've got the bug. And, you know, for me as well, my voice will get stronger. I think the first time you make an album, whether it's collectively, or for me,  [the question] was: “Can I do this?” It was such an awakening process as well. 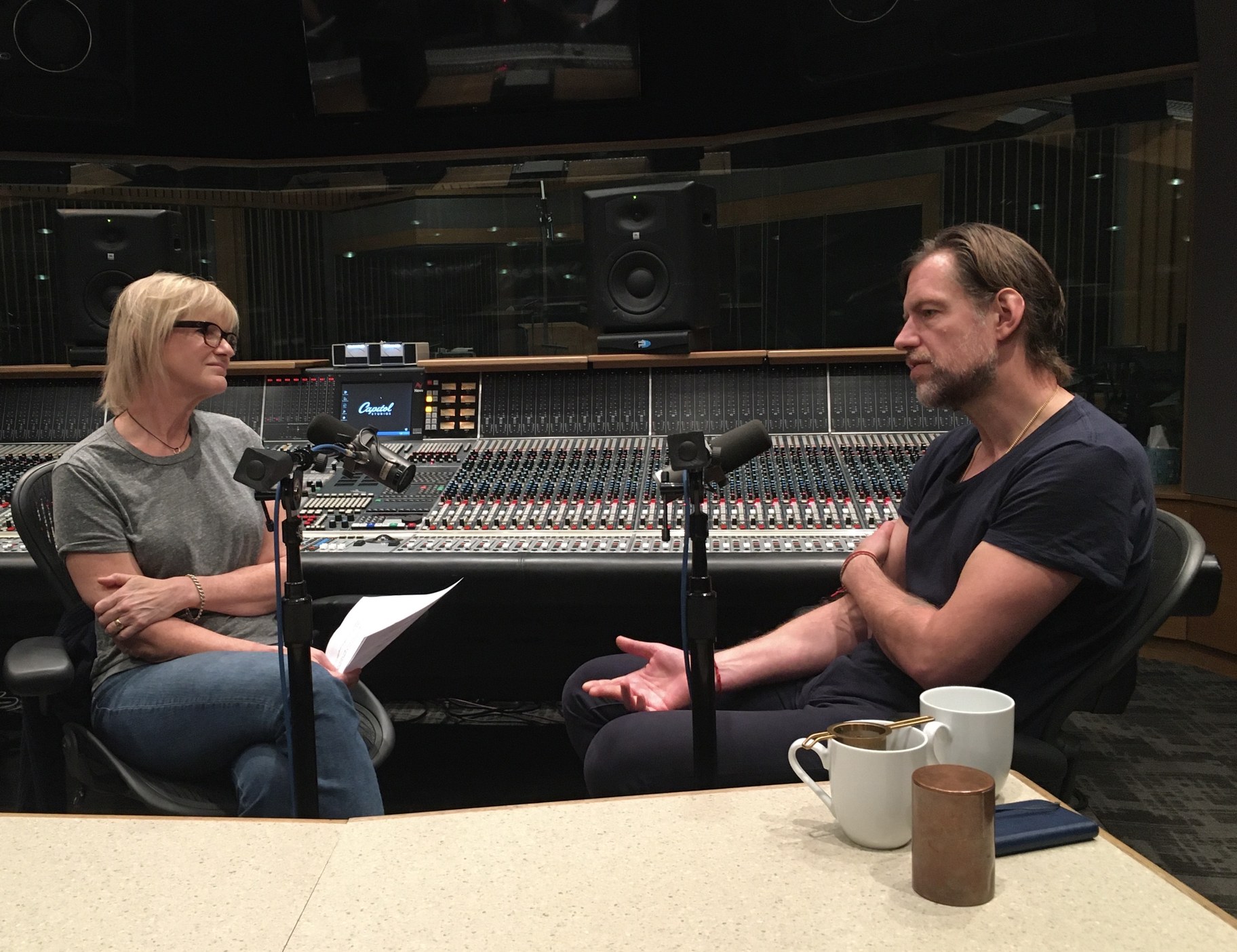 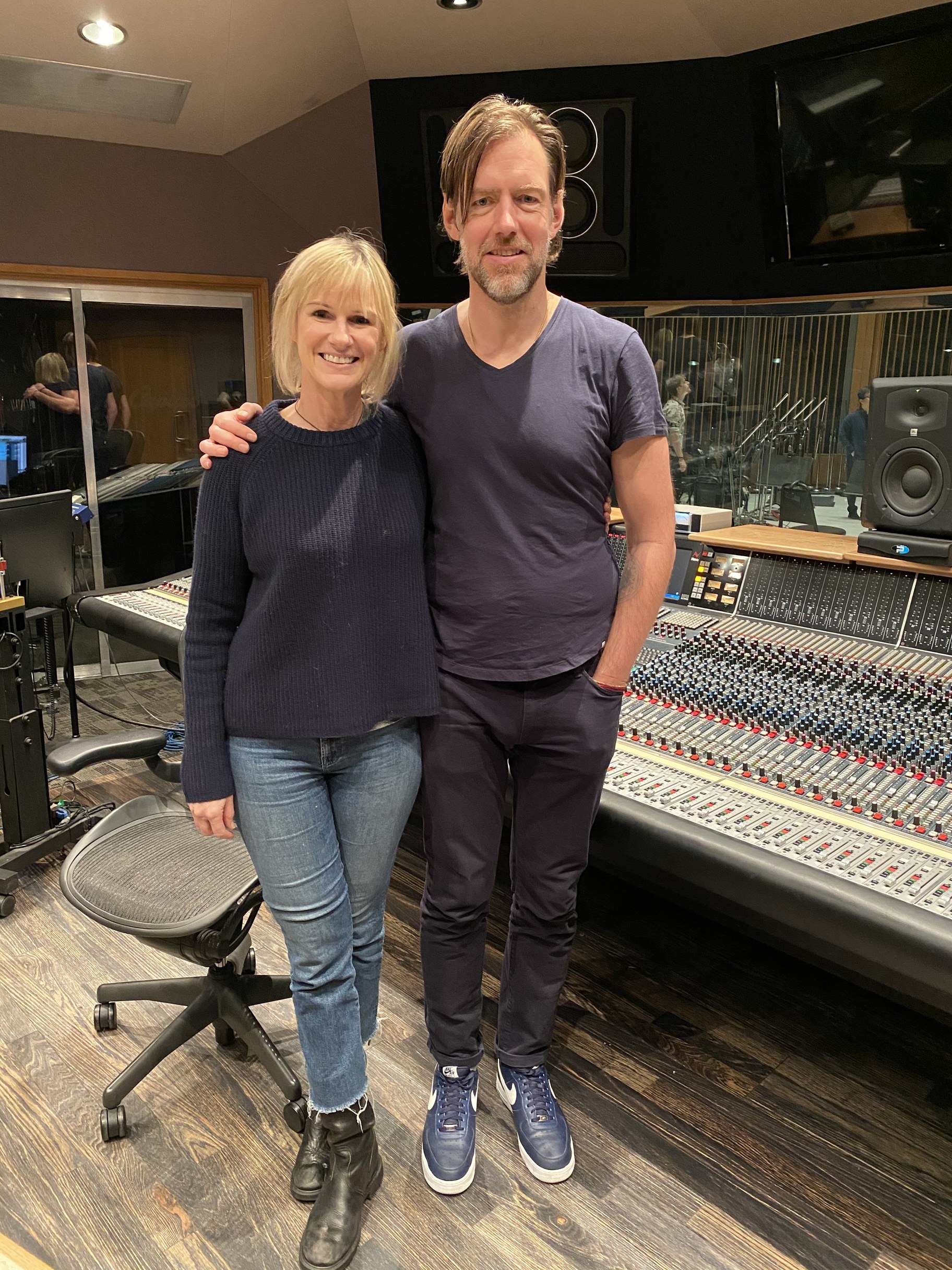