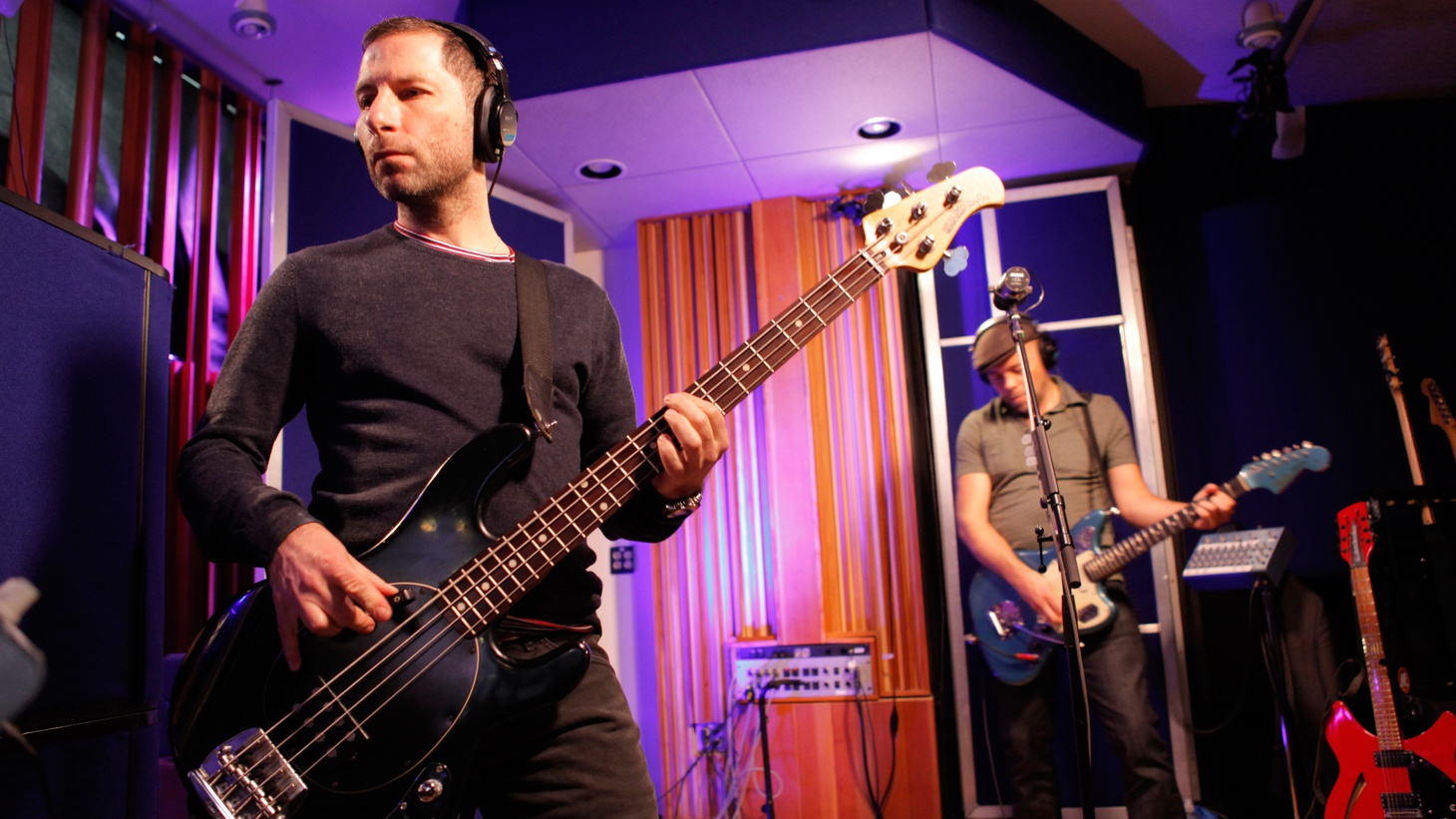 It is rare that a band can truly claim to be a founder of a whole genre, but Ride is one such band. Whether they liked the name or not, they became recognized as one of the premiere "shoegaze" bands from the early 90's. The Oxford, England quartet absolutely characterized that sound – driving guitars drenched in distortion, reverb and other effects; dispassionate, psychedelic vocals; a Specter-like Wall of Sound for a new generation. They were simultaneously among the heaviest and yet, most poppy of the classic shoegaze bands, with sometimes thunderous drums and downright catchy melodies. After four albums and numerous EP's, they called it quits in 1996. Barring a brief, improvised jam in 2001, the band have not played together in nearly two decades. But with this year's edition of Coachella that will change, and we are thrilled to feature an advance look and listen to the newly reformed Ride as they will be our guests on Morning Becomes Eclectic.