KCRW's In Residence sessions feature storytelling performances and commentary from some of our favorite artists.

Juana Molina got her break as a comedian in her native Argentina but her real passion was and continues to be music. Our first experience with Molina came when legendary Rock En Español producer Gustavo Santaolalla handed us her debut album Rara back in 1996. Like the album title — translated to "rare" or "strange" — it was unlike anything we'd heard before. Juana Molina's work continues to evolve: it's witty and experimental, as she tinkers with textures like a chemist in a laboratory. 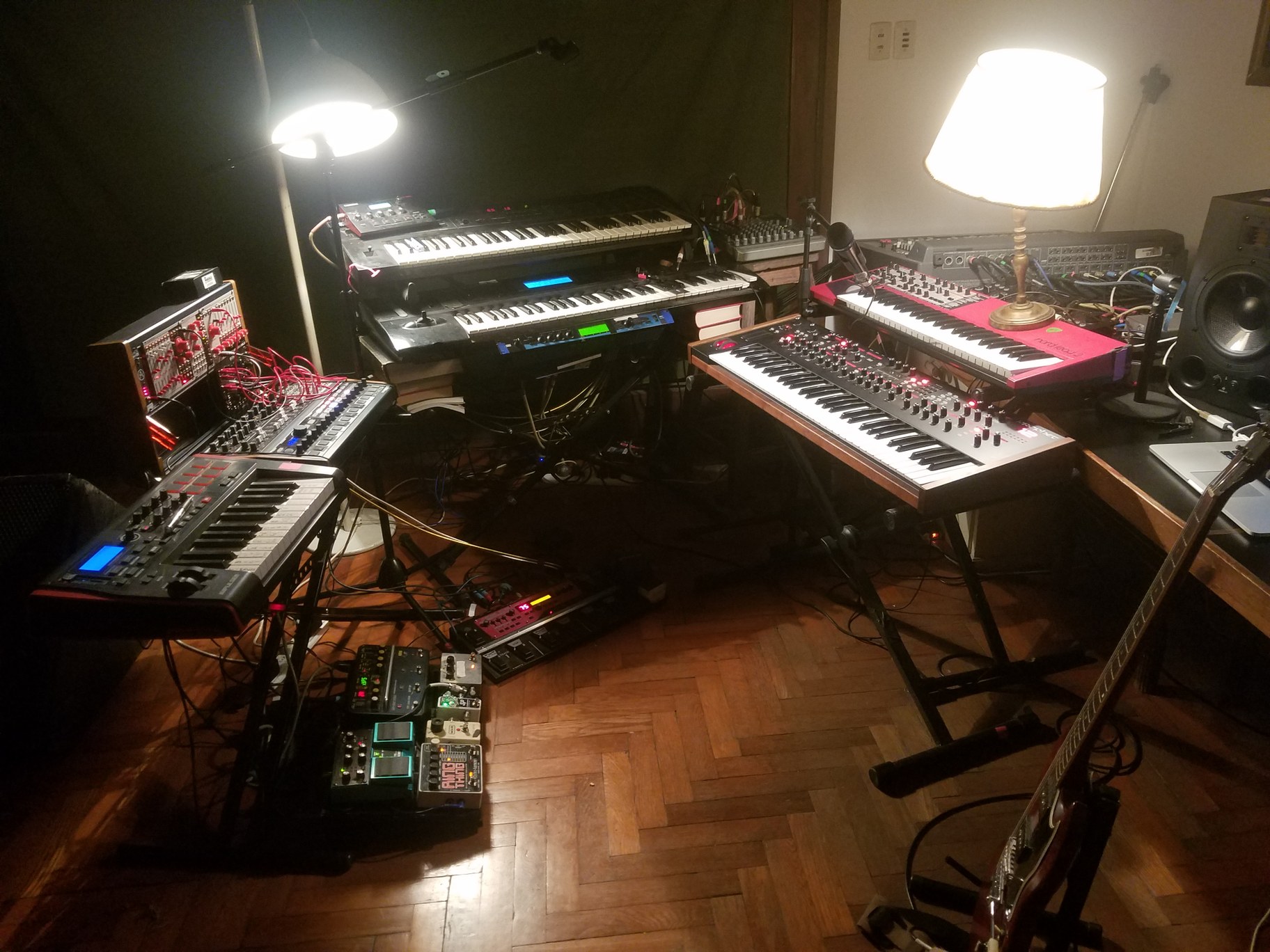 For this In Residence session, Juana recorded two original tracks for us from her home studio — “Cosoco” from her 2017 album “Halo,” and the title-track to her 2008 release “Un Día.” Juana also covers Mario “Chichito” Cabral’s "Dias de Esos," who she listened to growing up in Argentina. Read more on Juana’s career and her first appearance on KCRW airwaves in 1998.

I actually started as a musician, but then the need of money gave me the idea of working on TV doing something I knew I did well: acting. Some kind of super high confidence made me have my own show really soon. The problem was when I wanted to go back to music. Two completely different, incompatible worlds. The acting one was extroverted and easy because it was anyone but myself, as I was impersonating others and making fun of them. I felt indestructible protected by the characters, behind them as a shield, but when it was about music everything was all upside down. I not only was myself, but the most intimate part of it. No shield, completely vulnerable. So my attitude was almost the opposite to acting. I was exposed.

It took me several years to gain confidence, those who saw me at the beginning know this, my apologies! I will always think of them and how much I would like to tell them sorry, I didn't realize you were there to have a good time. When I released “Rara” in 1996, I had just quit my TV show and I was at (maybe) the peak of my career. I couldn't go anywhere in Argentina because people would stop me in the street every second and there I come with this record. The media didn't want me to change careers like that. So when the record reviews came out they were all about how could I have left TV instead of saying something about the record.

Juana on getting her U.S. radio break at KCRW:

A couple of years passed and someone told me there was a radio [station] in Los Angeles that was playing my record quite often. Fed up of dealing and fighting with the media dismay, we (husband, daughter and I) decided to visit LA and see what we could do there. Off we went and stayed with Federico's cousin for a month or so. Once in Sylmar, Fede called KCRW from a pay phone. Chris Douridas was hosting Morning Becomes Eclectic and we wanted to thank him for playing the album. Fede got Ariana Morgenstern on the other side of the line and then he learned Nic Harcourt was now the new host. Laughter and excitement during the conversation led to an invitation for me to play right away. So a few days later, I was playing on their classic live show [Morning Becomes Eclectic] at 11am. That was 1998. 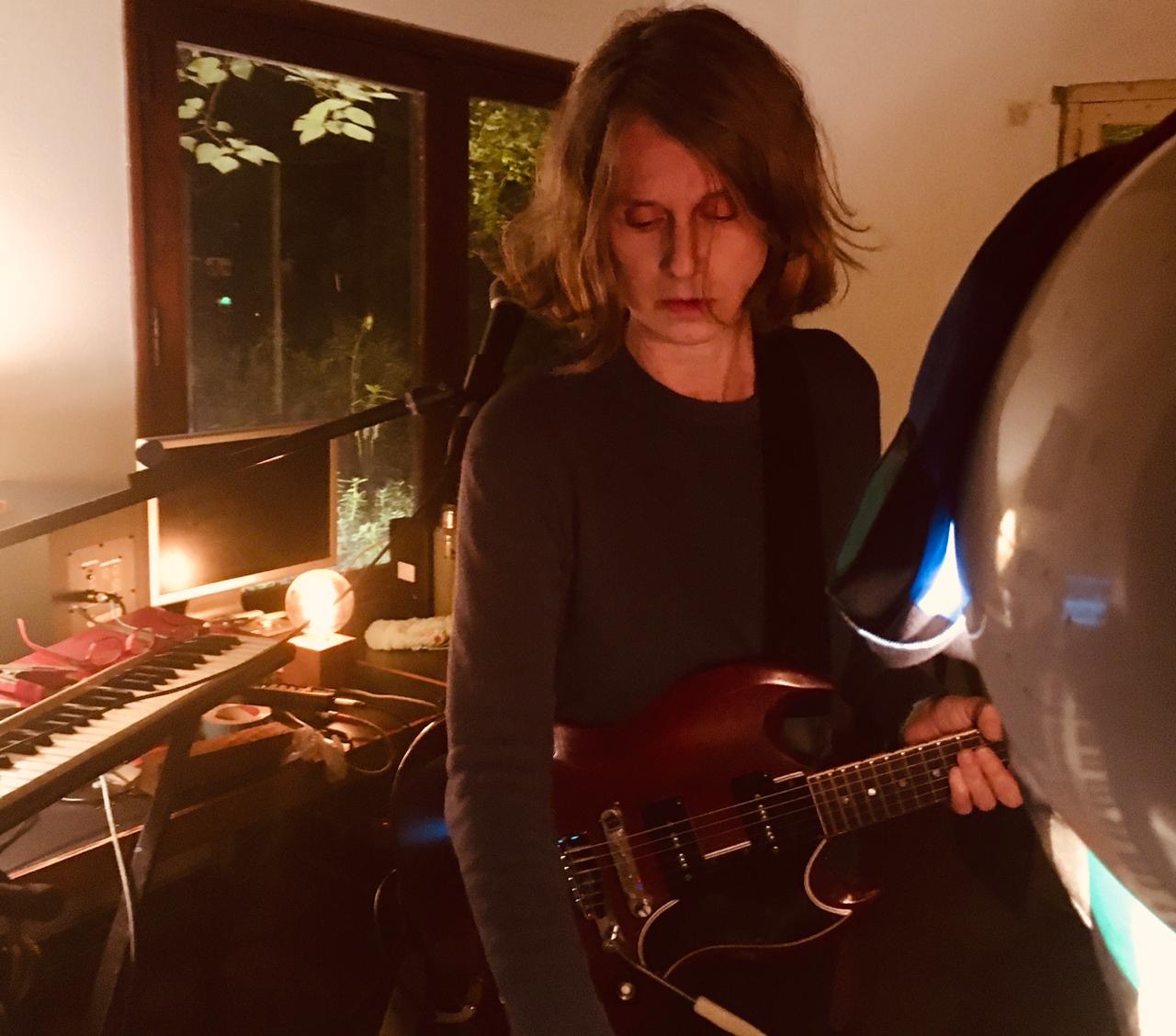 Memories of her first MBE performance:

I remember being there [KCRW studio] so early — to sing in the morning was something unheard of for me — I sat in the studio and started singing. In the middle of the set, I started to wonder why I couldn't play my songs properly. How come? I've been playing these songs forever, but I didn't say a word and kept going. I didn't speak English at the time. Then they gave us a copy of the show and I understood: I was so nervous that I played everything twice the normal speed. Embarrassing. And every time since, when I have a new album, I am invited to play it at MBE, which is like a ritual for me. The shows improved with time. I'm slow at growing.

Reflecting on both creative pursuits:

So when I think of both careers, I find it hard to see a common ground. One is from me to the outside and the other from me to the inside. It took me a long time to gain self-confidence and start enjoying the shows. Years and years on stage to finally have a grasp — very recently — of what it is like playing live in the state of mind I am in when I record. A state of total presence, where I disappear and things just happen. I discovered this while recording “Segundo,” very late at night and half asleep being led by sounds. Over the years, I kept proving that music is worth it only when it has been played in that state. When there's no thought, music is pure.