Why I left the Republican Party to become a Democrat

This editorial was originally published at Business Insider, where Josh Barro is a senior editor writing commentary on politics, business, and the economy. Josh is also the host of KCRW’s Left, Right & Center.

The most important thing we have learned this year is that when the Republican Party was hijacked by a dangerous fascist who threatens to destroy the institutions that make America great and free, most Republicans up and down the organizational chart stood behind him and insisted he ought to be president.

Some did this because they are fools who do not understand why Trump is dangerous.

Some did it because they were naïve enough to believe he could be controlled and manipulated into implementing a normal Republican agenda.

Of course, there were the minority of Republicans who did what was right and withheld their support from Trump: people like Gov. John Kasich of Ohio, Sen. Ben Sasse of Nebraska, and Hewlett-Packard CEO and megadonor Meg Whitman, with her calling Trump “a threat to the survival of the republic.”

I want to focus on a fourth group: Republican politicians who understand exactly how dangerous Donald Trump is but who have chosen to support him anyway for reasons of strategy, careerism, or cowardice.

I am talking, for example, about Sen. Marco Rubio, who in the primary called Trump an “erratic individual” who must not be trusted with nuclear weapons — and then endorsed him for president.

I am talking about Sen. Ted Cruz, who called Trump a “pathological liar” and “utterly amoral” — and then endorsed him for president, even though Trump never apologized for threatening to “spill the beans” on Cruz’s wife and suggesting Cruz’s father was involved in the assassination of President John F. Kennedy.

Most of all, I’m talking about House Speaker Paul Ryan, a man whose pained, blue eyes suggest he desperately wants to cry for help. He’s a man who runs around the country pathetically trying to pretend that Trump does not exist and that the key issue is his congressional caucus’ “Better Way” agenda. And he’s a man who, of his own free will, seeks to help Donald Trump become president.

To borrow a phrase from Rubio, they know exactly what they are doing: They are taking an action that risks the destruction of the American republic to advance their personal interests.

They know what Whitman knows about the risks Trump poses to America. Rubio himself warned specifically of the risk of Trump starting a nuclear war! But they do not care.

I can conclude from the available evidence only that they love their careers more than they love America. And they are why I quit the Republican Party this week.

Why I was a Republican

I’m not a conservative. I know a lot of you already thought my Republican affiliation was a trolling exercise, and honestly, my registration change was probably overdue.

I became a Republican as a teenager because of my upbringing in Massachusetts, a state where the GOP has produced five good governors in my lifetime, from Bill Weld (now the Libertarian Party’s vice-presidential nominee) to Charlie Baker. I worked for Mitt Romney when he ran for governor, and while I did not like his presidential campaigns, I think he has a record in Massachusetts he can be proud of.

I stayed a Republican because of my background working in state and local government finance, a policy area where a well-functioning Republican Party can bring important restraint. I have voted Republican, for example, in each of the past three New York City mayoral races.

I don’t think it was ridiculous to be in a party that I disagreed with on a lot of national issues. Change is made through party coalitions, and I thought the Republican Party was where I was more likely to be able to improve ideas at the margin in the long run. Being a member of a party does not obligate you to vote for its bad candidates in the meantime.

But what this election has made clear is that policy is not the most important problem with the Republican Party.

The GOP was vulnerable to hacking

The Republican Party had a fundamental vulnerability: Because of the fact-free environment so many of its voters live in, and because of the anti-Democrat hysteria that had been willfully whipped up by so many of its politicians, it was possible for the party to be taken over by a fascist promising revenge.

And because there are only two major parties in the United States, and either of the parties’ nominees can become president, such vulnerability in the Republican Party constitutes vulnerability in our democracy.

I can’t be a part of an organization that creates that kind of risk.

What parties are for

My editor asked why I became a Democrat instead of an independent. I did that because I believe political parties are key vehicles for policymaking, and choosing not to join one is choosing to give up influence.

I agree with Sasse, the senator from Nebraska, that parties exist in service of policy ends and that loyalty to the party should be contingent on whether loyalty serves those ends. Because of this, it is worth joining a party even if you do not intend to be a partisan, and even if you will often oppose what the party does.

Sasse was one of the earliest and loudest voices of resistance to Trump in the Republican Party, and after the intra-GOP civil war that is sure to ensue from Trump’s loss, I wonder whether he will decide remaining in the GOP does a service to the ends he cares about.

Sasse is a lot more conservative than I am, so I don’t expect him to become a Democrat. It makes sense for people like him and Kasich to try, after the election, to wrest control of the party away from the conspiracy nuts and proto-fascists.

But I believe they will fail. And I’m not going to stick around to watch. 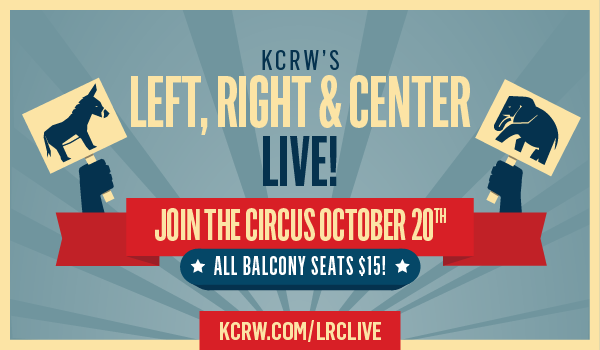