Can the Japanese community save Little Tokyo from gentrification? Fugetsu-Do has been selling mochi and other Japanese sweets in Los Angeles’ Little Tokyo neighborhood since 1903. Like many other longtime Japanese businesses, the shop has survived the incarceration of Japanese Americans during World War II, the displacement caused by redevelopment in the 1970s and 1980s, and the decline of downtown L.A. after the Rodney King riots.

Now Fugetsu-Do and other longtime businesses in Little Tokyo are facing gentrification. They worry they’ll be priced out as downtown has revitalized, and rents are going up. This fear is compounded by the Metro Regional Connector, which goes through Little Tokyo and will open in a couple of years. Rents are expected to skyrocket then. 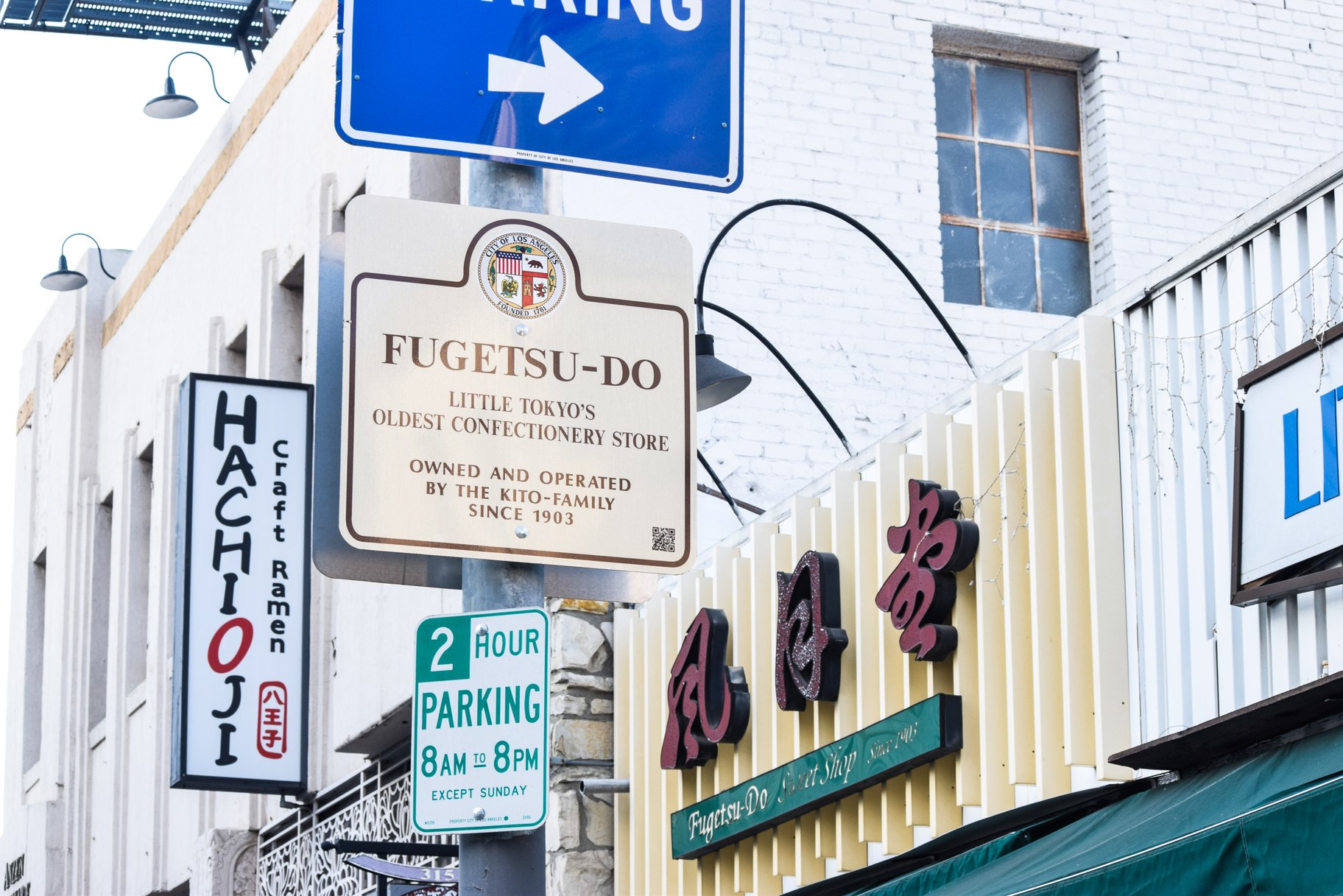 In an effort to save these businesses, the Japanese American community  started the Little Tokyo Community Impact Fund. Little Tokyo residents and business owners aim to put together at least $2 million and collectively buy a local building. They would charge below-market rents to selected tenants.

This started in early 2018, when a group of people met in the living room of Steve and Patty Nagano’s Little Tokyo apartment, and came up with the idea for the fund.

“We were talking about what can we do to deal with all of this gentrification,” says Bill Watanabe, who heads the fund and is founding executive director of the Little Tokyo Service Center. “And the mantra that we came up with was, ‘If you don’t own it, you can’t control it.’ ”

There are a lot of challenges to what Watanabe and other community members are trying to do. After a kickoff event in August, the fund has raised $350,000, but Watanabe estimates that they need at least $2 million to bid for a property.

Even if they do raise enough money, there’s the tricky business of identifying which businesses to support, as UCLA professor Paul Ong points out. “In many ways, you have to factor in things that normal businesses would not think about. That is, what is the cultural value, for example, of these businesses? What do they represent symbolically?” 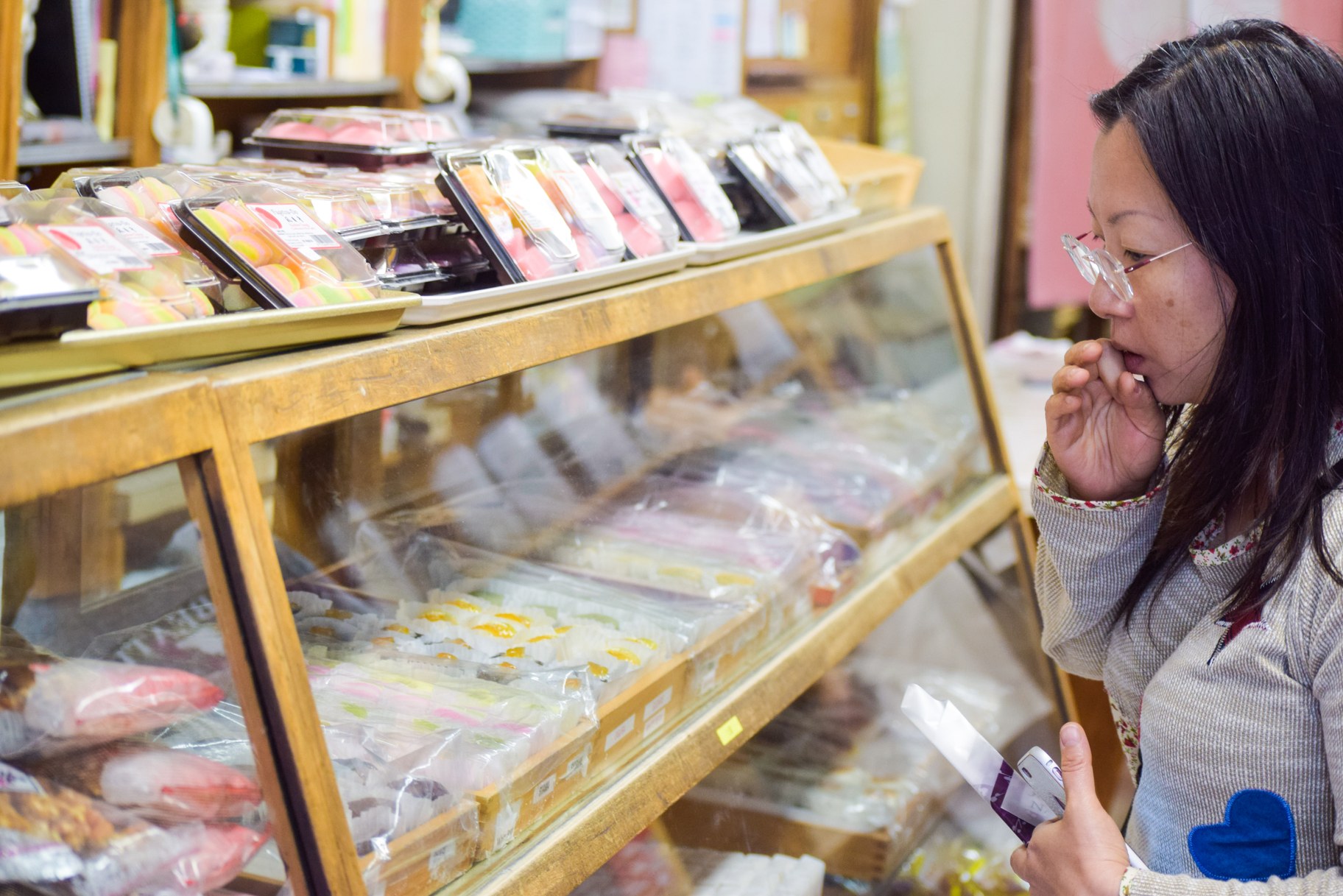 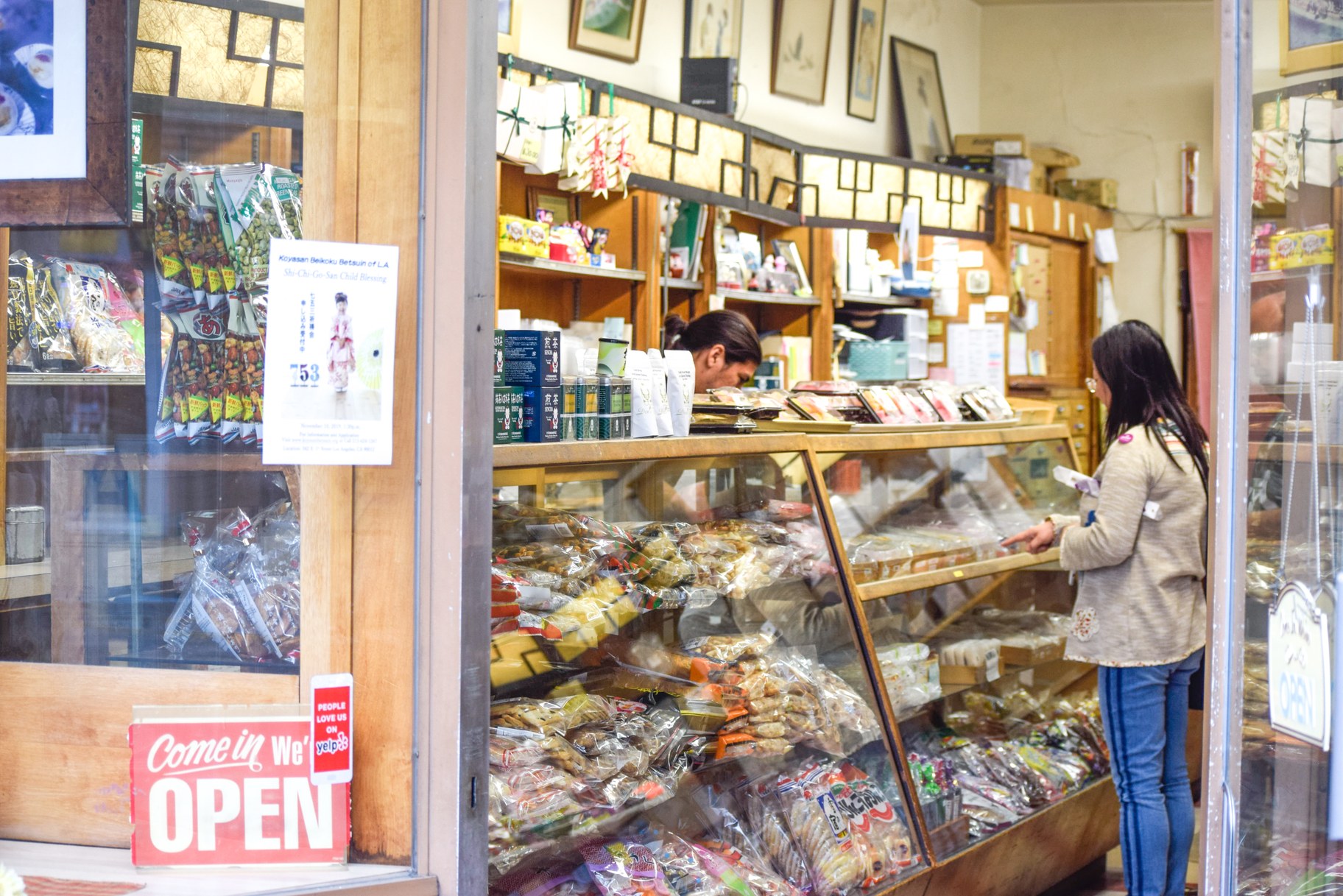 Little Tokyo’s investors were inspired by a program in San Francisco. That program helps small businesses that have been around for at least 30 years and contribute to their community’s history and identity.

By that definition, a business like Fugetsu-Do is a no-brainer. But what about other businesses that aren’t necessarily Japanese-owned, and have also been around for a while? As investor Alan Nishio explains it, those businesses are welcome too if they have a stake in the community.

“We want people who are owning small businesses and are kind of being stakeholders in our community. And we’re less concerned if they are shish kebab shops or coffee shops, etc. than we’re concerned that they not be the Starbucks of the world and McDonald’s,” he says.

Beyond cultural value, the fund has to grapple with the market. The new Metro station might bring in more foot traffic, but will those customers want to shop at these older businesses?

Brian Kito, the third generation owner of Fugetsu-Do, says he has a shot. “We’re a candy store. So most people can eat candy. Certain little mom and pop gift shops, certain mom and pop restaurants, can they survive?”

Kito says ultimately whether Little Tokyo retains its Japanese character depends on both Little Tokyo’s shoppers and his son’s generation.

“You can assimilate all you want, and yet if you’re Japanese American, you still have a Japanese heart… Somewhere along the way, you’re connected to this district, whether it was your grandparents, or great grandparents. And so, I think it’s very important for us to do our part and stay involved with this community… If the later, younger generations don’t care about it, then so be it, it’ll be gone,” he says.

An effort to save Little Tokyo from gentrification

Can the Japanese community save Little Tokyo from gentrification?

Longtime businesses in Little Tokyo are facing gentrification. They worry they’ll be priced out as downtown has revitalized, and rents are going up. In an effort to save...

How one new mom got a $1.7 million bill after delivering her baby prematurely

Imagine that you’ve just had a baby. The baby is three months premature, and both of you have to spend time recovering in the hospital. When you and the baby are back home,...

Todd Gray explores colonialism in Africa and Europe through photos

Outside of his music photography, Todd Gray examines the legacies of colonialism in Europe and Africa. Now the Pomona College Museum of Art is exhibiting an evolving...