People in the Fairfax district of Los Angeles protest the death of George Floyd, who was killed by police in Minneapolis, Minnesota. May 30, 2020, Los Angeles, CA USA. Photo by Ted Soqui/SIPA USA

This week marks the one-year anniversary of the murder of George Floyd at the hands of former Minneapolis police officer Derek Chauvin. Almost overnight, his murder set off the largest civil rights movement the U.S. has seen since the 1960s. For months, millions of Americans took to the streets, protesting police brutality and demanding justice for Floyd. His death sparked renewed conversations around police use of force, police budgets, and racial equality.

Floyd’s murder pushed Black Americans to reexamine their own lives and place in the world. KCRW talked with Black Southern Californians about how they’ve processed the last year and what’s changed in their lives.

A heavy burden to carry

Jenny Vazquez-Newsum says the news of George Floyd hit her like a gut punch.

“I'm hearing that a video is circulating social media, and your heart sinks. It just felt like this time period of a lot of death and Black death and Black murder at that time,” she tells KCRW.

In early March, Vazquez-Newsum had just given birth to a daughter, and she was exhausted. And after facing so much Black death, she cut herself off from much of social media, selectively choosing what she read, watched, and listened to — for the sake of her mental health. 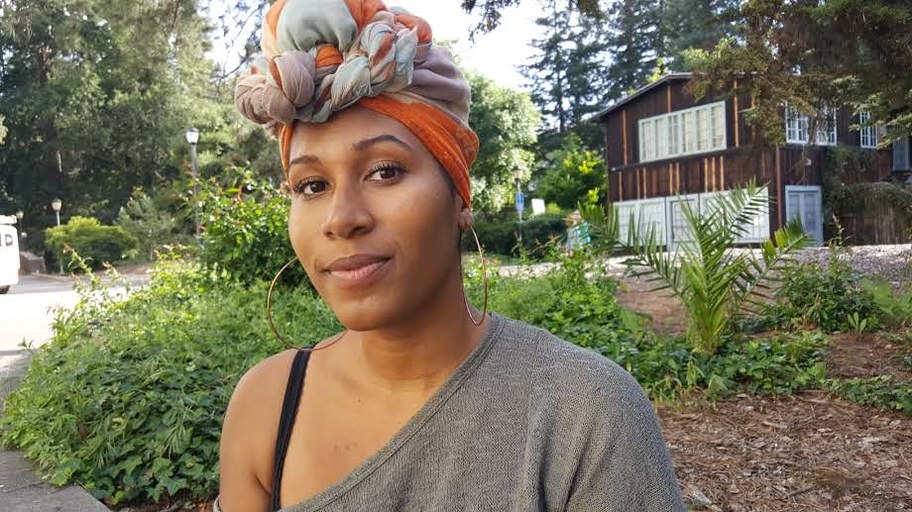 For Celia Mandela Rivera, the last year drained her. She says Floyd felt like just another name in a long list of Black Americans who had lost their lives in early 2020, including Breonna Taylor’s killing in Louisville and Ahmaud Arbery’s shooting in south Georgia.

A reminder of 1992 and generational trauma

Over the last year, all Cynthia Dominguez could think about was 1992 and the acquittal of four police officers in the Rodney King beating trial. At the time, she was living in a Koreatown, when entire buildings were on fire, while others were looted. She remembers standing inside her third-story apartment and watching armed men perched on the rooftops around her complex defending local businesses.

She says in the aftermath of Floyd’s murder, she was ready for an LA Riots 2.0. She was afraid local protests would evolve, and that eventually, no justice would come out of Chauvin’s trial.

“It was a crazy, crazy time. And I think the thing that reminded me so much of that is just how little had changed in so long. We had video, we saw what happened, we all saw that it was wrong. And it didn't matter.”

For Kai King, Floyd’s death further casted the shadow that sits over his own life. He says it was proof of how cautious he has to be while living as a Black man out in the world — caution he has been taking his entire life. 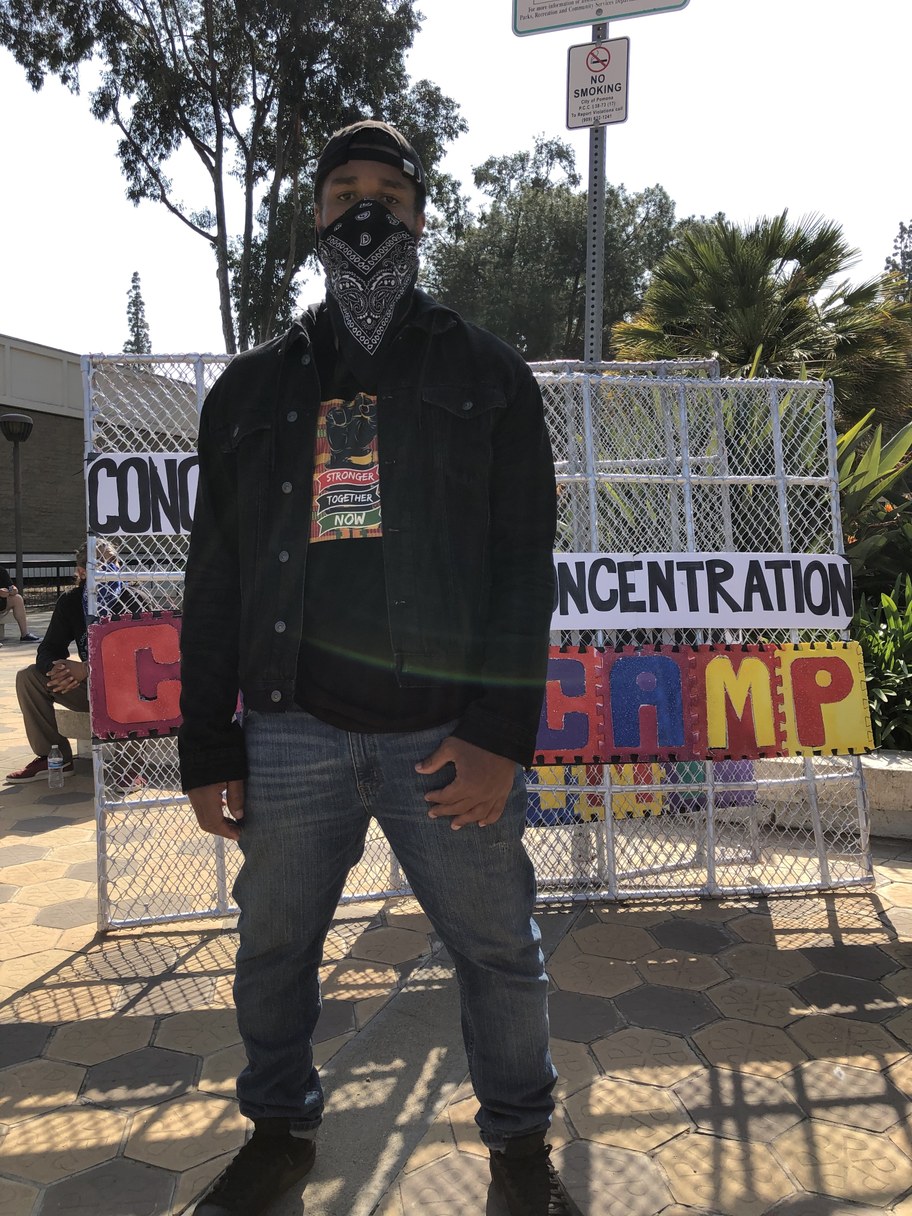 Kai King says much of his life in a post-George Floyd world hasn’t changed. He is still fighting for his rights as a Black man and is still mindful of the deadly fate he could meet at the hands of police. Photo courtesy of Kai King

He adds, “Most of the time on the news, it's six feet tall, about 100 to 200 pounds, African American male. I fit that description.”

A changing tide, and cutting ties

“You kind of feel like you're insane, because you're just yelling into the abyss. We've been screaming at the top of our lungs that Black and Brown people have been being murdered. And finally, because you are at home and are glued to your phones constantly, you have to address what's going on.”

Dominguez says Floyd’s murder gave people the push they needed to discuss systemic racism, equity, and diversity. Including at her own workplace.

“We were taught [that] in order to succeed or to go forward in this corporate America world, you had to defer to white men. I make a joke all the time that if I made you uncomfortable, then I did my job for the day.  … And that's what I think where I changed the most is I'm no longer afraid to do that.”

Floyd’s murder has become a litmus test in Rivera’s life, to decide whether friends are able to meet the moment of racial reckoning. As a result, she says she’s lost friends, left social circles, and parted ways with someone who was supposed to be a bridesmaid in her wedding.

“If we can't see eye to eye that I'm experiencing what I am experiencing, that's alarming ... because they have some growing to do. But it's not on me to fix every person and it's not on me to help them along the way,” she says. “I feel like we're in two different realities. And I need to remove myself because now I don't feel like we can maintain a relationship that's safe, that's healthy. I'm on chapter 42, and then some people haven't opened the book.”

Looking to the future

Vazquez-Newsum hopes that Floyd’s death has pushed the societal needle to a point where ignorance surrounding racism and police violence can’t continue.

“This was really the first time we've all engaged in one shape or form in these conversations, in this issue, in this awareness,” Vazquez-Newsum says. “Going back will then be an active choice. It’s no longer ignorance. It's actually an active choice.” 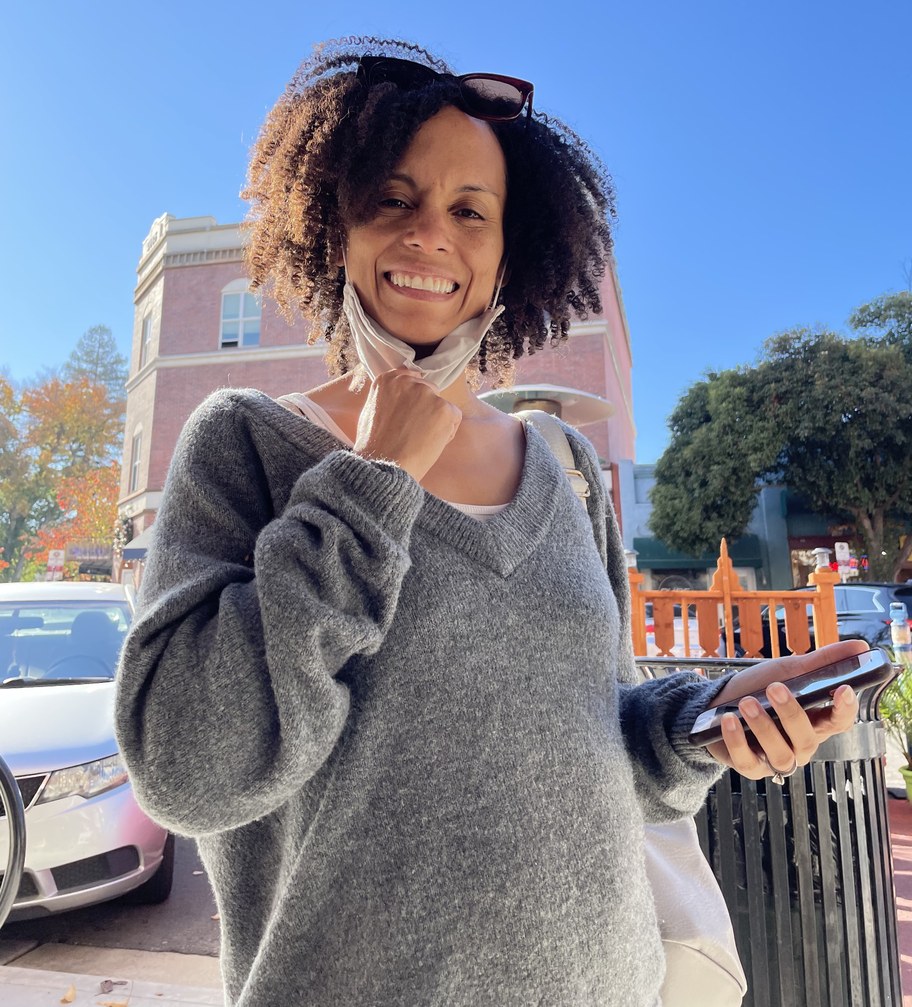 Dominguez says she hopes Chauvin’s guilty conviction will move other law enforcement officers to think twice in the line of duty and before they pull the trigger.

“Maybe [it] gives some police officers pause into thinking that ‘If I pull this trigger, I could lose everything because they can find me guilty. I may be the guy that they decide is the worst of the worst. I may be the next Derek Chauvin,’” she says.

In spite of a renewed awareness around police brutality, King says much of his life will go unchanged. He will continue to watch where he goes, how he dresses, and how he interacts with police if the occasion rises.

Anniversary of George Floyd’s murder: Southern Californians reflect on a year of change

This week marks the one-year anniversary of the murder of George Floyd at the hands of former Minneapolis police officer Derek Chauvin. KCRW talks with Black Southern...

Garden Grove resident and softball catcher Dejah Mulipola has been preparing for the games since she found out she made the Olympic team last October.

More pride flags will fly in OC this month, signaling more liberalism in the county

With Pride Month a week away, people gathered for a rally at Rancho Santa Margarita’s City Hall on Saturday to encourage local officials to raise the Pride flag throughout...