Living in LA with coyotes: How to stay safe A coyote wanders at night above city lights near the Tongva Peak in the Verdugo Mountains. Photo courtesy of Johanna Turner.

In Carson, residents say they are seeing more coyotes than ever, and not just between dusk and dawn, when they usually roam.

“Anytime, day or night, if I'm outside, I can see him pop up several feet away from me,” says Aimee Moriarity, who lives in a mobile home park surrounded by a wilderness marsh in Carson. “I also have to listen to terrible noises at night. And a lot of my neighbors are just really, really afraid.”

People are scared to walk small pets outside. Moriarity has lived in the neighborhood for 35 years, and says coyote encounters are getting more frequent and aggressive.

“We had one incident where a coyote, right around noon, ran up the steps, hopped a baby gate, got a dog in his mouth, and neighbors were watching the whole thing,” she says.

These animals aren’t just in Carson either. The California Department of Fish and Wildlife estimates that 250,000 to 750,000 coyotes exist statewide. They’ve been adapting to urban life and have become increasingly tolerant — and less afraid or respectful — of their human neighbors.

Niamh Quinn has been studying human and wildlife interactions at the University of California's Division of Agriculture and Natural Resources. She’s currently working with the LA County Department of Agriculture to track and trap coyotes.

“We're seeing them pretty much everywhere where we look for them in Los Angeles County,” she says. “We've trapped 20 coyotes so far from Santa Monica to Glendale and Burbank, across to La Verne, down into Hacienda Heights, Diamond Bar into Lakewood.”

While mountain lions need huge amounts of green space, coyotes do not, she says. While some are tracked moving 10 miles, others stay within a small home range that’s less than half a square mile.

“Our data is showing that they can exist in very densely populated urban areas that have small little patches of green space, so little tiny parks, even schools,” she says. “And they're traveling along flow control channels, railway lines, even the sides of freeways. They're pretty much getting around like we get around.” 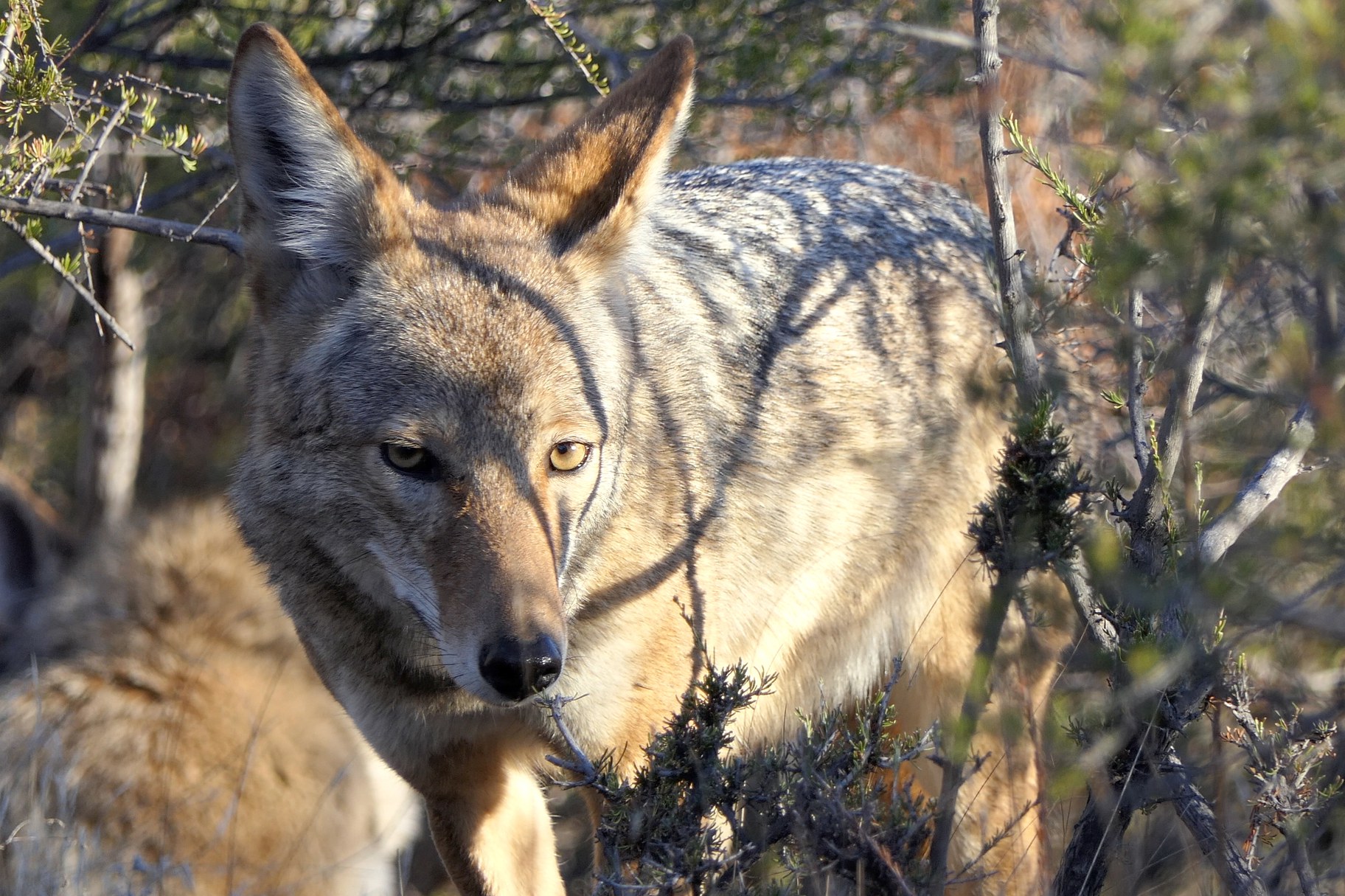 What should you do if a coyote is getting too close to you or your home?

Coexisting with coyotes in LA

Living in LA with coyotes: How to stay safe

The California Department of Fish and Wildlife estimates that 250,000 to 750,000 coyotes exist statewide. They’ve been adapting to urban life and have become increasingly...

In “Apparently There Were Complaints: A Memoir,” actress Sharon Gless reveals stories behind her rise to fame, struggles with alcoholism, and reconciling with family...