A U.S. Census Bureau letter states, "Your response is required by law." It contains a code to complete the 2020 Census. Photo by Tony Webster (CC BY 2.0).

Crystal Meza knows what it is like to distrust the federal government.

“I remember somebody came to my door and he was like, ‘You know, I'm part of the Census,’ Meza said. “And I was like, ‘I'm not opening the door.’” 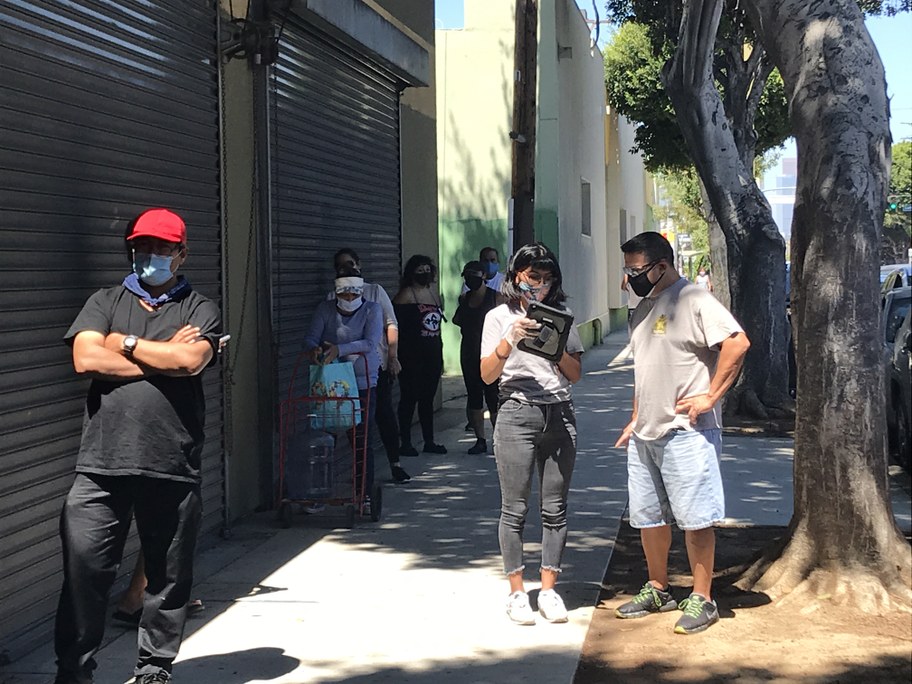 Crystal Meza (second from right) helps people complete the 2020 Census at a food distribution event at the YMCA in Boyle Heights. Photo by Benjamin Gottlieb.

Her experience is one of the reasons why she and a handful of other youth volunteers and workers at the Weingart East Los Angeles YMCA are banding together this week to help convince residents in the Boyle Heights neighborhood of LA to fill out the 2020 Census. The team’s efforts coincide with their daily food distribution service, something the YMCA has been doing across the country since the early days of the pandemic.

“You know they are going to come for food,” said Juan De La Cruz, the Senior Vice President for Community Development at the YMCA in Los Angeles. “And those are the people who, historically, are not self-reporting for the Census.” 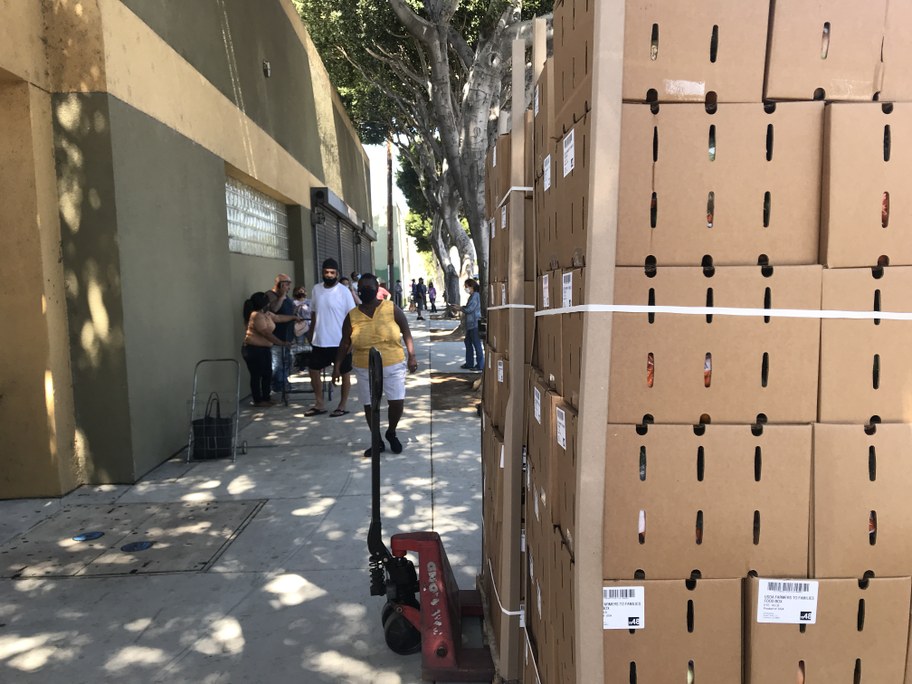 Residents of Boyle Heights and its surrounding neighborhoods wait in line for hot food and produce boxes outside the YMCA in Boyle Heights. Photo by Benjamin Gottlieb.

The stakes could not be higher, De La Cruz said. The Trump administration announced last week that the Census count would end a month early on September 30, raising concerns among Census takers and community groups about an undercount.

“We had to make some adjustments as we have during this entire pandemic,” said Donald Bendz, a spokesperson for the 2020 Census. “And so what we're doing right now is we're just putting a new push to folks to respond.”

In CD 34, the congressional district that encompasses Boyle Heights, self-response rates for the 2020 Census are well below the state and national average. De La Cruz said those low numbers are a result of both the pandemic and the political fight to add a citizenship question on the decennial count.

“Perception is reality,” De La Cruz said. “And the reality is that so much negative false information has gotten out. It has created this atmosphere of fear now.”

The 2020 Census team has dispatched employees across the state this week to go door-to-door and encourage Census participation. Still, community groups like the YMCA and others feel their approach will be more effective in predominantly lower-income neighborhoods.