Rock climbers have been making their way into the wind energy industry. With the stomach for heights and the physical stamina to spend hours off the ground, they’re uniquely qualified to scale hundreds of feet to maintain and service towering turbines.

According to the U.S. Bureau of Labor Statistics, wind turbine service technicians will be the country’s fastest-growing occupation this decade.

Matthew Kelly says his transition from rock climber to technician was fairly easy. “It was just swapping out the rock for the ladder,” he says. He was turned onto it by guiding friends who told him about “rope access,” which means using ropes to access an area.

“With my fondness of rope work and rigging and anchors for climbing,” he says the profession fits his passion. “Same basic idea: foot, hand, foot, hand, a ladder is a bit more simple. … It’s just having your harness on, your fall arrest on, and you go up it.” 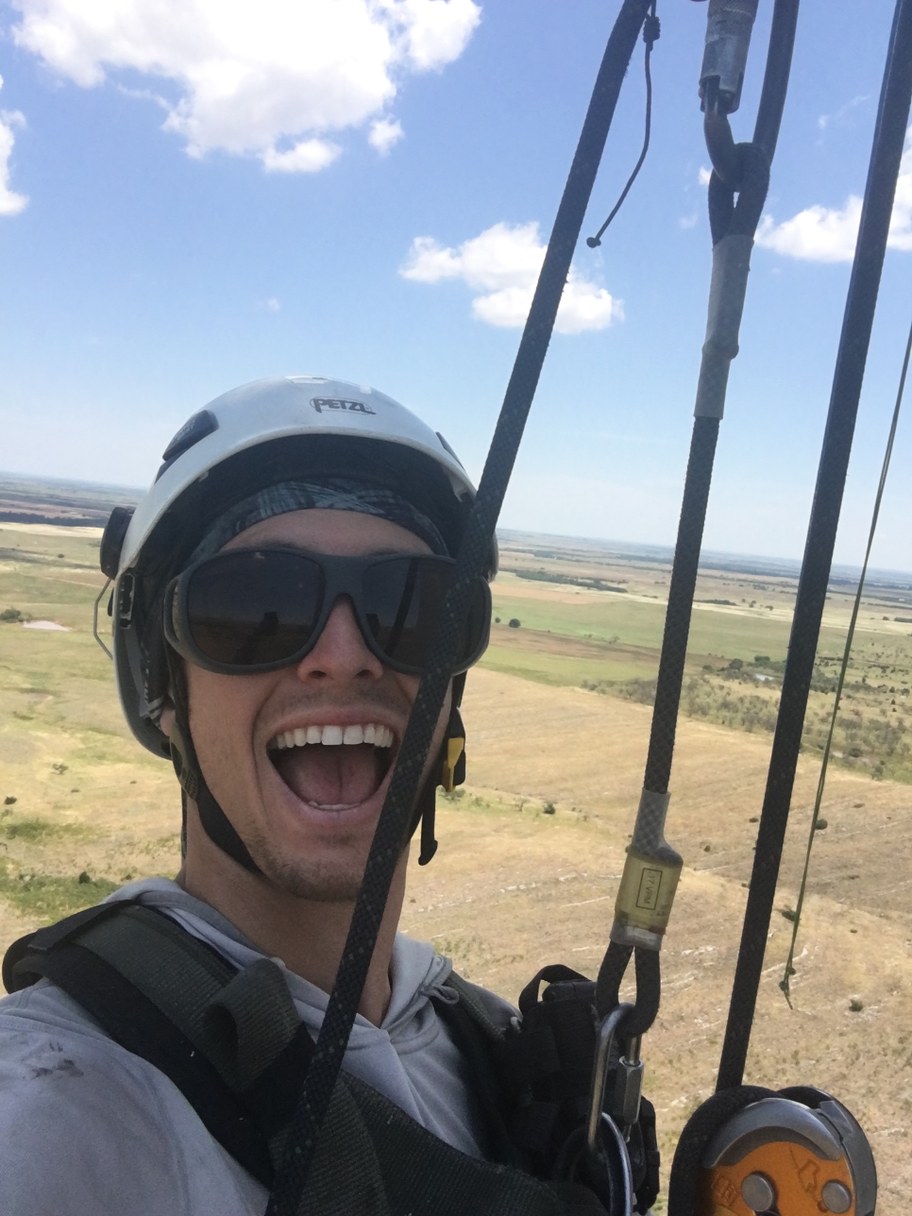 Matthew Kelly snaps a selfie on a turbine in southwest Oklahoma. Photo courtesy of Matthew Kelly.

Some of the turbines can be 300 feet high or taller, but that doesn’t scare him. “There’s a trust in the engineering — the towers themselves and the maintenance done on them. I do recall my first time there … [I was feeling] nerves being on a new large machine and going through all these steps. But over time, it’s become almost second nature,” he says.

Kelly works on turbines all over the U.S., including Minnesota, Oklahoma, and Rhode Island, where he’s serviced offshore turbines. He lives in Joshua Tree and he has worked on sites in Palm Springs.

Morro Bay is a small fishing village known for its iconic view of a volcanic rock off the coast. A new project would add about 200 floating wind turbines in the distance.

Rock climbers have been making their way into the wind energy industry. With the stomach for heights and the physical stamina to spend hours off the ground, they’re uniquely...

Nick Itkin says his U.S. team has a chance at winning gold. “We’re actually ranked number one in the world — our men’s foil team. And we won the World Championships last...