Southern California's Black population grew considerably from 1940 to 1970, when Black people from the American South moved west and north for better job opportunities.

In addition to Hotville Chicken in Baldwin Hills, where Kim Prince is continuing her family’s legacy, Holmes recommends Howlin’ Ray’s, Bangin’ Buns, Hawaiian Hot Chicken, and Wolfie’s (which is all vegetarian). 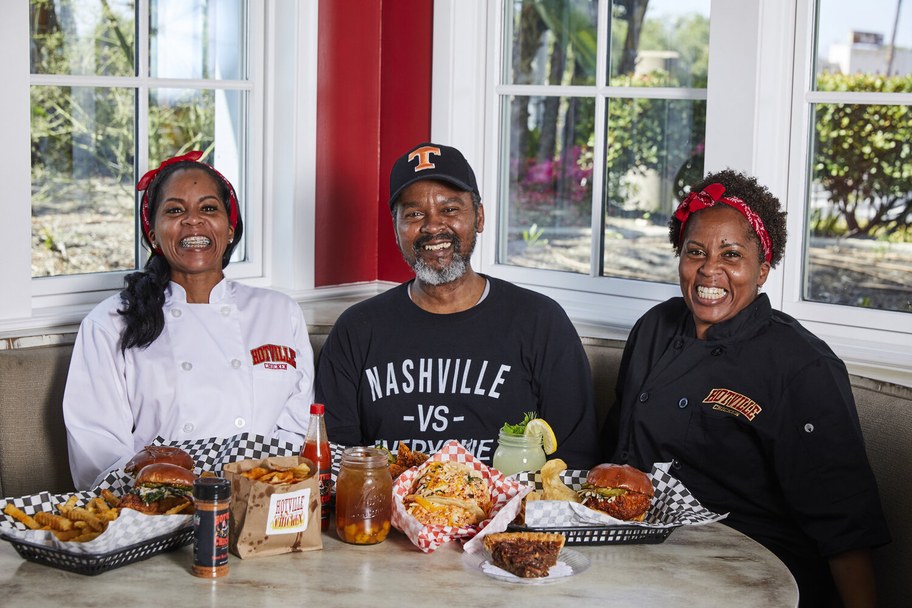 Kim Prince (L), the owner of Hotville Chicken, with her brother, Martin Prince, and her twin sister, Kelly Prince-Harris. Photo by Andrea D’Agosto.