“If this is something you really want to do, you can do it,” he says. But it takes flexibility, dedication, and determination.

While most municipal fire agencies, like LA County and LA City, do not hire firefighters with criminal records, many state and federal agencies do, including the California Department of Forestry and Fire Protection (CAL FIRE), the U.S. Forest Service, and the U.S. Bureau of Land Management.

“Forty-five days after being released from fire camp, I was able to land a job in Ontario, California, working for the Forest Service,” says Bracy. From there, he learned the skills necessary to apply to CAL FIRE, where he now works as a logistics coordinator. 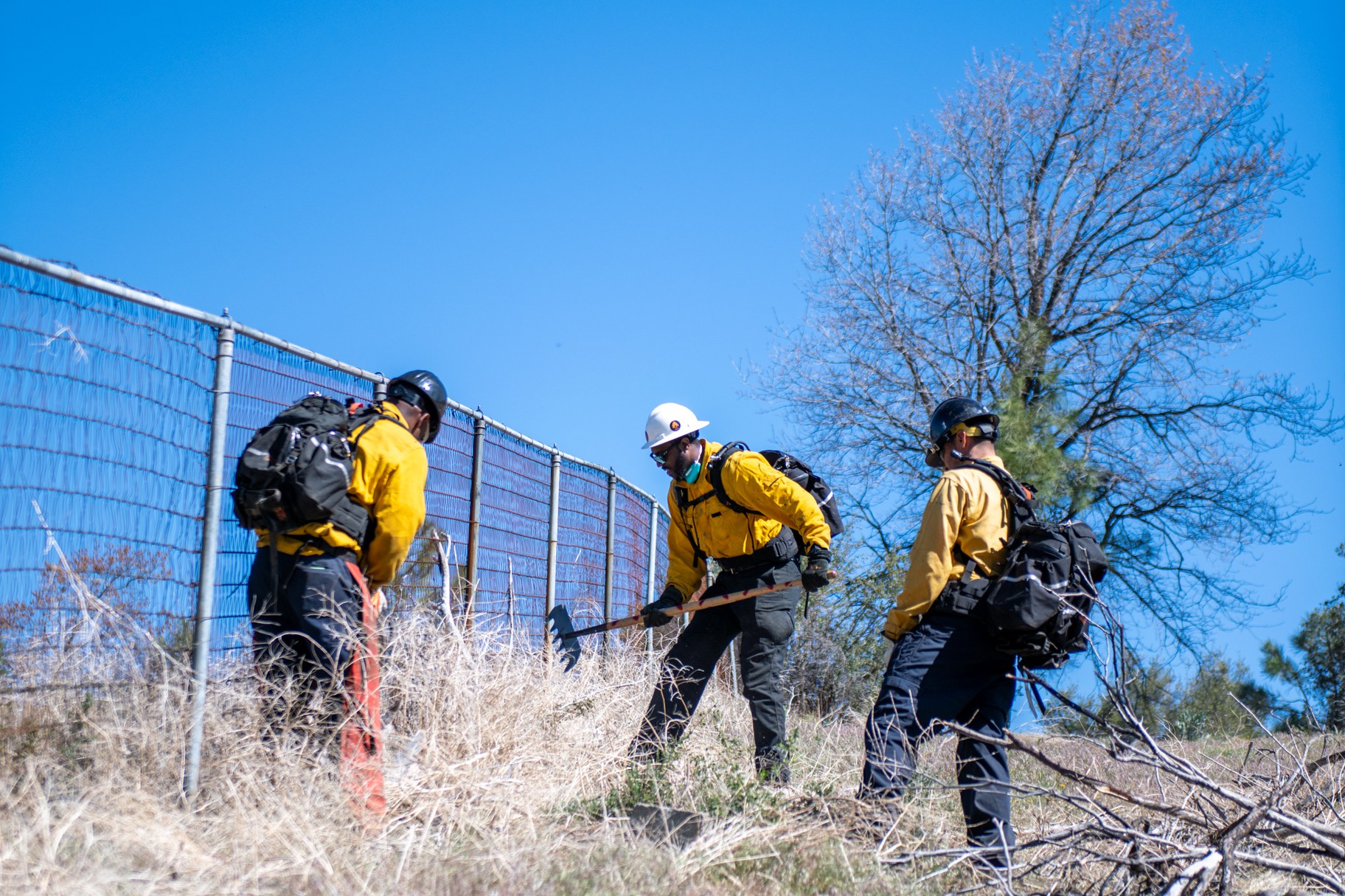 Although you learn a lot at fire camp and on hand crews, Bracy says additional training is often necessary to land a job at a fire agency like CAL FIRE. Photo courtesy of the Forestry and Fire Recruitment Program.

He’s also the employment coordinator at the Forestry and Fire Recruitment Program, which provides career support and training to formerly incarcerated firefighters. The program just held a graduation for its second class, and Bracy says all 30 students found jobs.

“The majority of our folks got picked up with Pioneer Fire Department, which is based in Northern California where the Caldor Fire is located,” he says. “That fire was right in their backyard, and some of our participants was right there doing the initial attack on that fire. So you know, to say that there's no opportunities, there is.”

Some OC supervisors are muzzling public health info on COVID

Some of the Orange County supervisors are going head-to-head about how officials should be delivering public updates on the COVID-19 pandemic.