Christen Press, Megan Rapinoe, and Ashlyn Harris walk out to the field at the Rose Bowl on August 3, 2019. All photos by Kerstin Zilm.

On Saturday night, the women’s national soccer team (USWNT) kicked off their victory tour in the Rose Bowl after their impressive World Cup run. The stadium was filled with 37,000 fans.

“What does a victory tour do? It allows you to share the trophy, share the moment, share the experience of the summer,” coach Jill Ellis said.

Saturday night was the first time any of the USWNT members played at the Rose Bowl, though fan favorites Alex Morgan and Megan Rapinoe sat out the game because of minor injuries.

The Rose Bowl is where history was made 20 years ago, when the '99ers defeated China in a shootout to win the Women's World Cup. Brandi Chastain tore her shirt off after scoring the winning penalty kick -- it was an iconic moment.

At that time, Rose Lavelle, the U.S team’s World Cup breakout star midfielder, was just 4 years old. "It was definitely special to step foot on the field that they won the ’99 World Cup on. I feel they left a legacy that this program has kept living. It was cool,” she said. 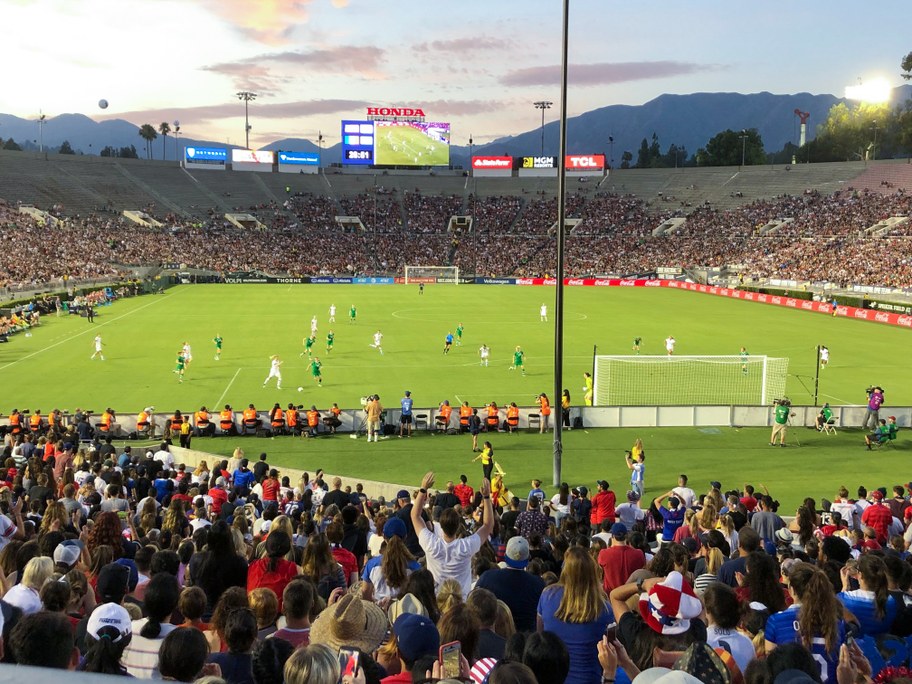 The U.S. women's national soccer team in a match against Ireland at the Rose Bowl on August 3, 2019.

What's next for Coach Jill Ellis?

Saturday night was about celebrating victory, but it was also about coach Jill Ellis leaving. Before the match, she had announced that she would resign in October. Ellis has had an impressive record with the US women’s national team: 103 wins, and seven losses.

Ellis said she has no specific plans for the near future, and she's just ready for a change.

That change might include coaching a men’s soccer team. "Do I have a burning desire to coach a men’s team? Probably not, because I really enjoy coaching what I am doing. Most people see that as an elevated step, and I feel pretty good about where our team is. My hope is that people actively seek out those women because we offer a different balance and different expertise," she said.

The fight for gender equality

Gender equality (on and off the field) has been central to the U.S. women's national team. Twenty-eight players have filed a lawsuit against the U.S. Soccer Federation, saying the organization has “institutionalized gender discrimination” and change is needed.

First of all, the players argue that they are paid less than the men. In their suit, they claim that if each team played 20 "friendlies" a year and won them all, women would earn a maximum of $99,000 while men would earn up to $263,000. And they say the federation puts less effort and money toward promoting the women's games.

The women have also complained about inequality in their travel (e.g. only the men's team flying charter) and playing conditions (too many games and practices on turf fields, while the men get to play on real grass). But those issues have been addressed by USSF and FIFA since the lawsuit was filed.

The USSF does dispute the players' income claims. It says the statement that women earn less then men is based on out-of-date numbers. It argues that those numbers do not reflect what the women actually earn today and overlooks guaranteed salaries only female players receive from USSF.

Last week, Carlos Cordeiro, president of the U.S. Soccer Federation, responded to the players in an open letter. He said U.S. Soccer paid women players more than $34 million in salaries and game bonuses between 2010-2018, and it only paid the men $26 million.

The women responded that this accounting neglects how men are paid by the clubs they play for, plus they get higher bonuses and prize money at tournaments.

The women are demanding the same payment structure.

The US men's national team have come out in support of the women, writing in a statement: "This is more of the same from a federation that is constantly in disputes and litigation and focuses on increasing revenue and profits without any idea of how to use that money to grow the sport."

The federation and the players have agreed to enter mediation.

What's next for the tour?

The next stops of the victory tour include Philadelphia, Pennsylvania; St. Paul, Minnesota; Charlotte, North Carolina; and Chicago, Illinois. 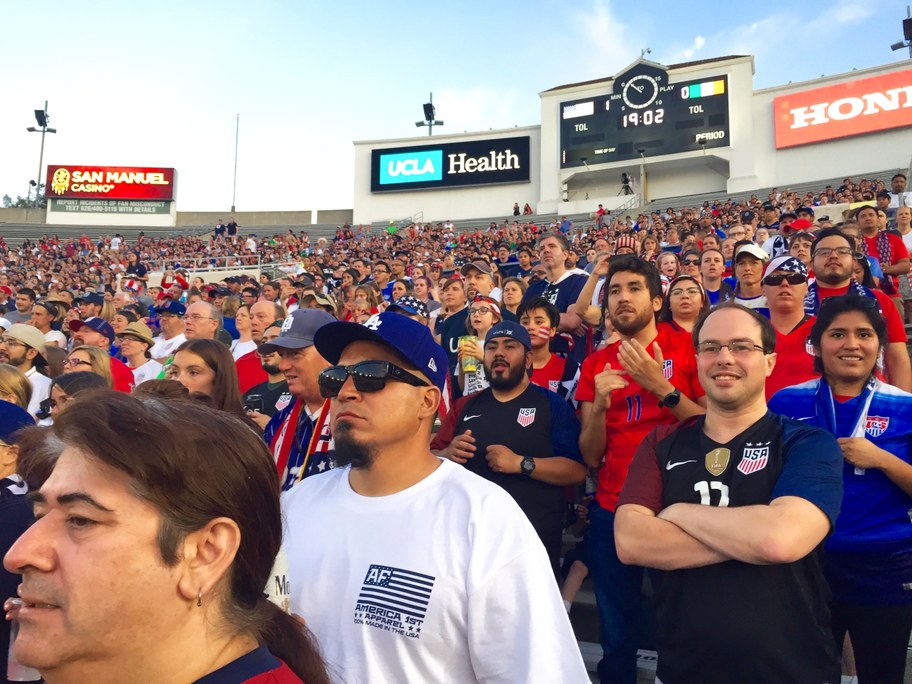 LA responds to mass shootings in El Paso and Dayton

How is LA's immigrant community reacting to shootings in El Paso and Dayton?

In the wake of two mass shootings in Texas and Ohio, Angelenos today are thinking a whole lot about El Pasoans and Daytonians. What the public is coming to understand is...

On Saturday night, the women’s national soccer team (USWNT) kicked off their victory tour in the Rose Bowl after their impressive World Cup run.