There are older streets, longer streets and streets more beautiful, but no single street tells a story that better defines the city we live in than Wilshire Boulevard.

“No one could have designed Wilshire. I think you could argue that [it’s] the most important boulevard in Los Angeles. It has not just some baggage, but also … meaning behind it,” explains Kevin Roderick, author of “Wilshire Blvd: Grand Concourse of Los Angeles.”

It started as a 400-yard promenade for rich people and evolved — with the arrival of automobiles and more entrepreneurial minds — into a linear downtown that changed the city forever.

Wilshire Blvd. is named for Henry Gaylord Wilshire, a son of wealth from Cincinnati, Ohio, who made and lost several fortunes in his lifetime. 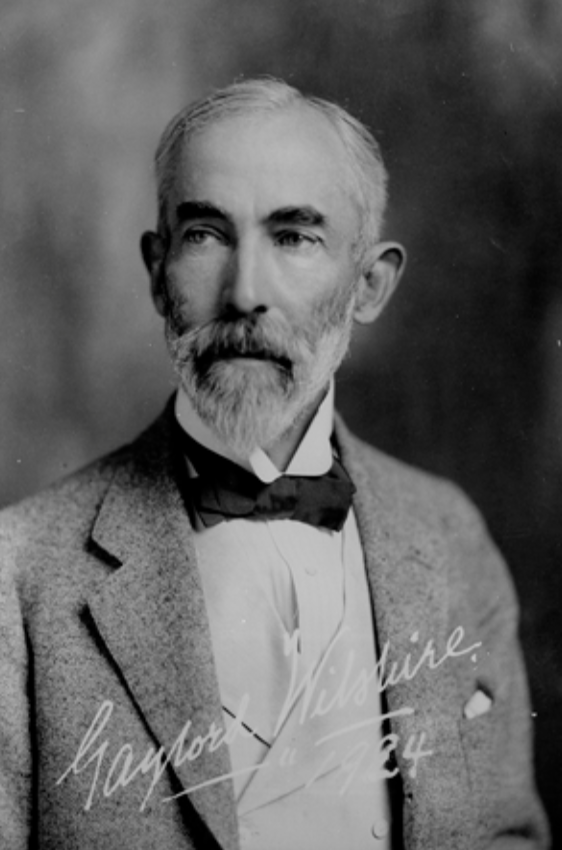 Henry Gaylord Wilshire was from Cincinnati, Ohio, who made and lost several fortunes in his life. Los Angeles’ Wilshire Blvd. is named after him. Photo credit: California Historical Society at the University of Southern California.

“Gaylord” Wilshire arrived in Southern California in 1887, determined to make a name for himself in real estate. He paid $52,000 (about $1.5 million today) for a 35-acre patch of land two miles west of downtown, near the intersection of what would become Alvarado and Wilshire.

“No one else saw any future for the land. It was just wide open fields of grass and foxtails and mustard, kind of a garbage dump area,” says Roderick.

“Around that time, he also was getting in trouble with the authorities for his socialist views and for doing things like orating in Pershing Square without a permit.”

Wilshire was known in social circles and the press as the “millionaire socialist,” a leading progressive voice in the city and a founding member of the LA Country Club.

The land adjacent to Wilshire’s property was converted into a city park. Angelinos fell in love with Westlake (now MacArthur) Park — strolling the promenade in their Sunday best bustles and morning coats and enjoying sunset boat rides on the lake. Kids flocked to refreshment kiosks serving fresh milk, and Sunday concert crowds reached up to 10,000 people. 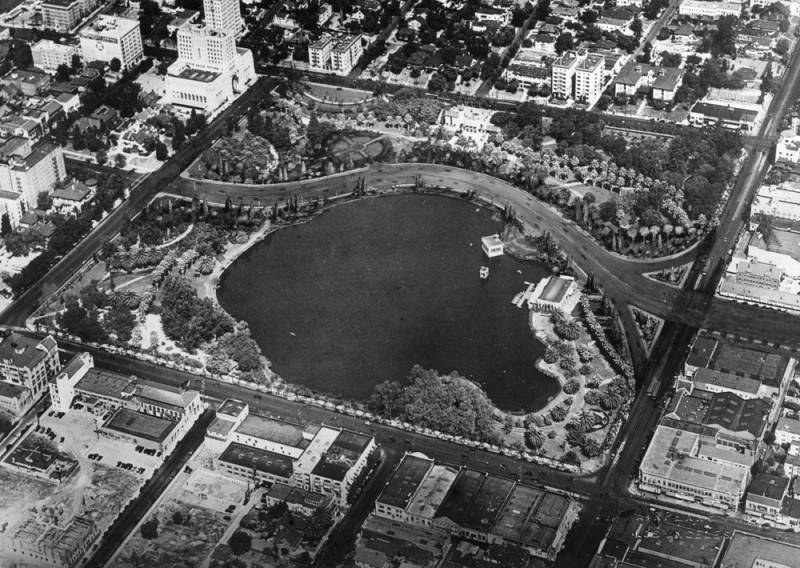 This aerial view shows Westlake Park with the proposed Wilshire Blvd. extension over the lake. The road extension has been artistically rendered, showing the boulevard curving across the north side of the lake. Photo dated: Oct. 2, 1929. Credit: Los Angeles Herald Examiner Photo Collection/Los Angeles Public Library.

Wilshire decided to cash in. He laid out eight square blocks on his property, moving west from the park and started building homes. He placed ads in the LA Times calling his Wilshire Tract “the most magnificent property ever offered for sale in Los Angeles.”

The original Wilshire Boulevard was just four blocks long — a grand concourse with concrete sidewalks and palm trees imported from Colorado. There were no cars in LA in those days — Wilshire Boulevard was laid out for horse traffic. And Gaylord Wilshire was adamant that there would be no trains or trolleys of any kind on his street — just row after row of expensive residential homes.

“I don't think his vision went much beyond this idea that I'm going to create a neighborhood for the powerful of Los Angeles. And that he did,” says Roderick.

The most powerful man in LA at the time was General Harrison Gray Otis, owner of the LA Times. The conservative Otis clashed with Wilshire on civic issues — in public and the media. One Times editorial called Wilshire “a flamboyant self-promoter with socialist leanings and golf proclivities whose father left him a fortune and nothing else.” 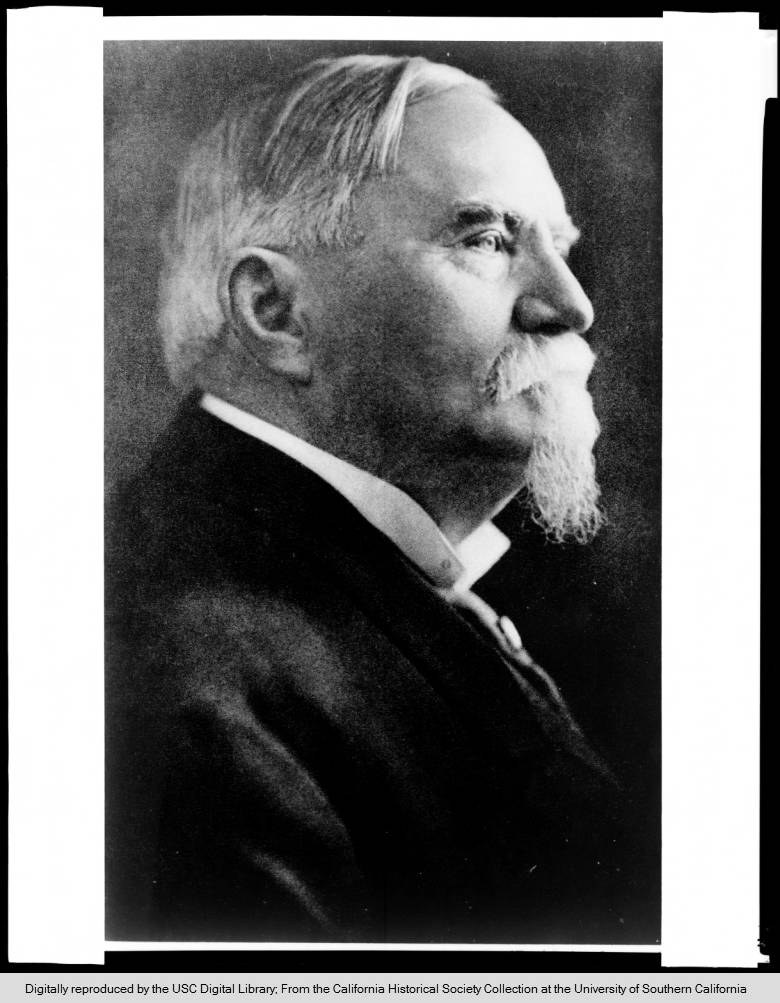 Harris Gray Otis was born in Ohio, served in the U.S. Civil War, moved to California in 1876 and ultimately became the owner of the Los Angeles Times. Credit: University of Southern California. Libraries/California Historical Society.

Otis despised Wilshire, but he also knew a good investment when he saw one.

The local elite flocked to buy homes on “Fifth Avenue of the West.” But Wilshire’s interests wavered.

He decided to move to London — ran for parliament and lost. Neglecting business back home, he published a literary journal. By 1914, he was broke. Wilshire moved back to Los Angeles, a city he no longer recognized.

“(LA) was a full-on boomtown and it was very much automobile driven.” Roderick tells KCRW. “People were flooding out of downtown and moving to the west — buying houses in these new communities, Culver City, Beverly Hills. This was all happening because of Wilshire Blvd.”

But not because of Gaylord Wilshire.

In the 1920s, LA grew from 577,000 people to 1.2 million. Every third person drove a car. Wilshire and Vermont was the busiest automobile intersection in the country. 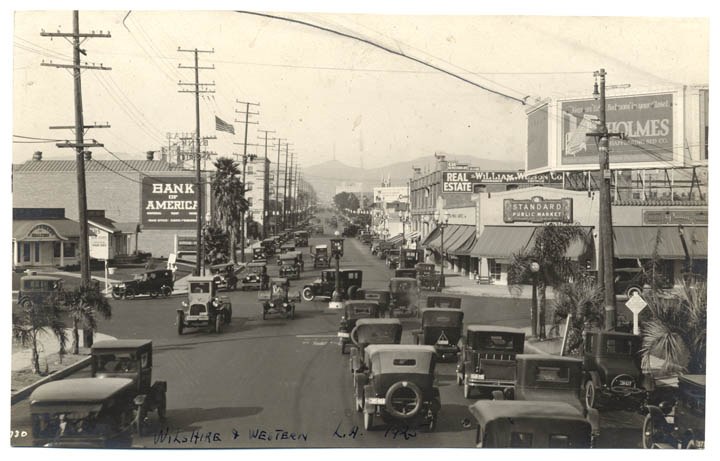 The intersection of Wilshire and Western in 1925 was bustling with cars. Credit: Digital Public Library of America.

“He was a 19th century guy trying to make this transition into the roaring 20s in Los Angeles” says Roderick. “And not being invited to participate in the land game, he gets back into the invention game. And he starts marketing something of his own invention, called the I-on-a-co Belt.”

He claimed it cured cancer and constipation, and could even re-thatch bald spots. Wilshire spent almost every moment of his final years marketing the ‘miracle belt.’ He was deeply in debt. Most of his friends had abandoned him for good. 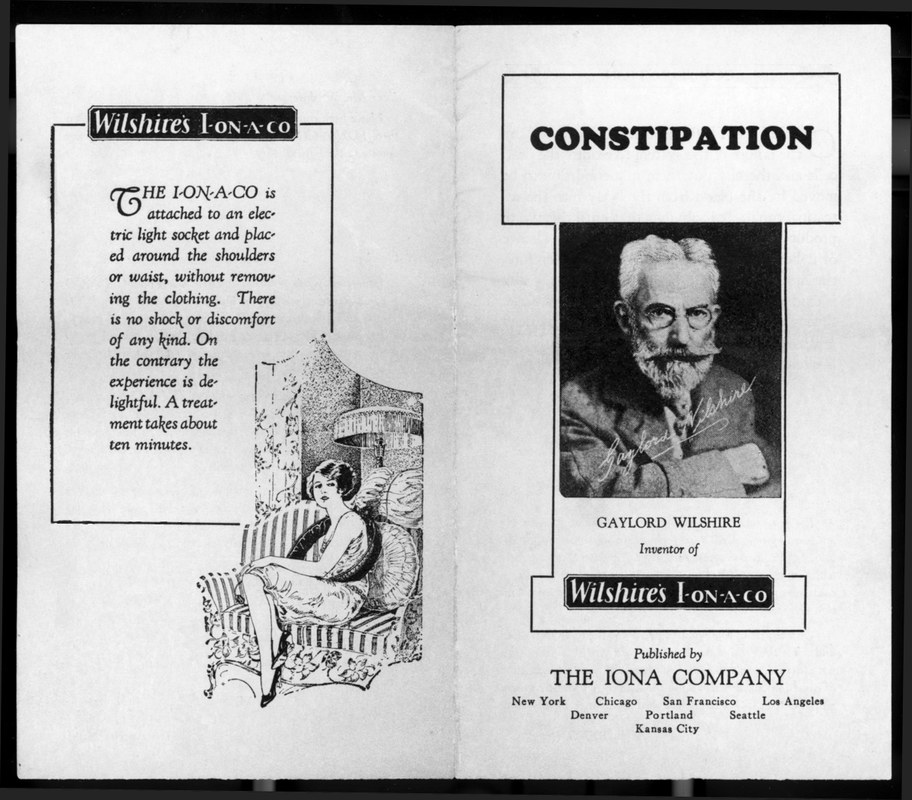 Wilshire died in New York City in 1927 at age 66. The LA Times devoted just one column to his passing. A dismissive headline read: “Wilshire dies in New York.”

General Otis was dead — but he got the last laugh. Gaylord Wilshire died in exile.

But the street named after Gaylord Wilshire remains an important traffic artery. Roderick believes its next iteration — a 21st century Wilshire Boulevard — will have some of the city’s busiest bus routes and metro stations.

“It’s going to become a major transportation corridor. If you get to 2050, isn’t it possible that some of the intersections (on Wilshire) will be the busiest transit stations perhaps in the country? All in spite of Gaylord Wilshire. He said, ‘Never build any train lines on my boulevard.’”

Considering all the attention the street would get, he’d probably make an exception. 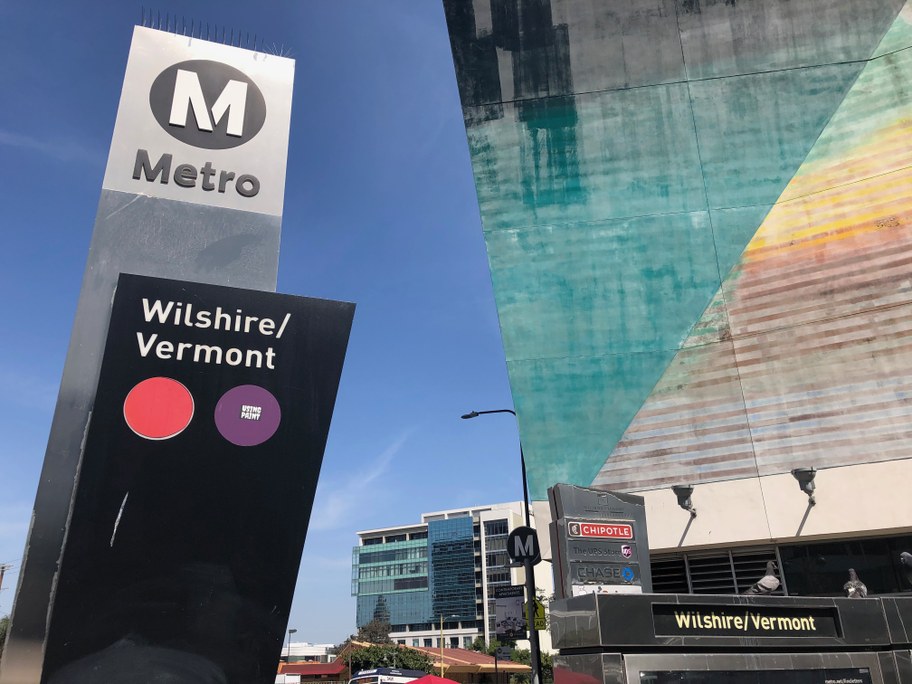 There are older streets, longer streets and streets more beautiful, but no single street tells a story that better defines the city we live in than Wilshire Boulevard .

Hollywood Boulevard is one of the most famous streets in the world — a universal symbol of glamour and fame. It attracts 10 million tourists a year. It’s the destination for...