Walk down a sidewalk lined with tent encampments in LA, and you may see Narcan boxes stapled to nearby trees and telephone poles.

Russia Reilly calls them the “Tree of Life.” The idea came to her after witnessing people take a harmful amount of drugs on the streets while neighbors screamed for Narcan, a prescription med that treats opioid overdose in an emergency.

“By the time they get done looking for it, digging for it, finding it, most of the people were dead,” she says. “So I came up with this idea that I would staple it someplace where they could get to it. It was something that would help them remember where to find Narcan in that moment of crisis.” 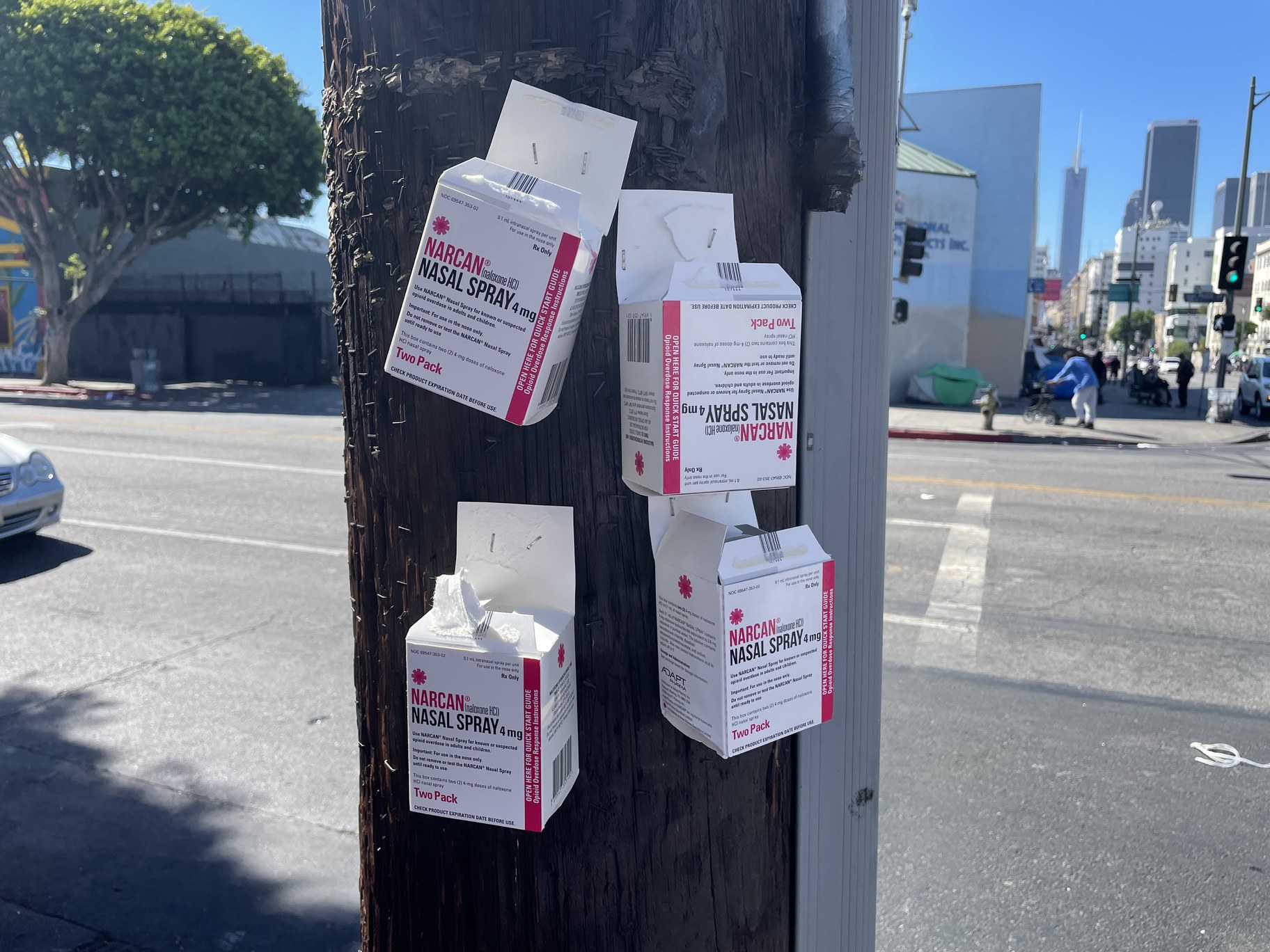 Russia Reilly’s “Tree of Life” can be found around downtown LA. Photo courtesy of Invisible People. 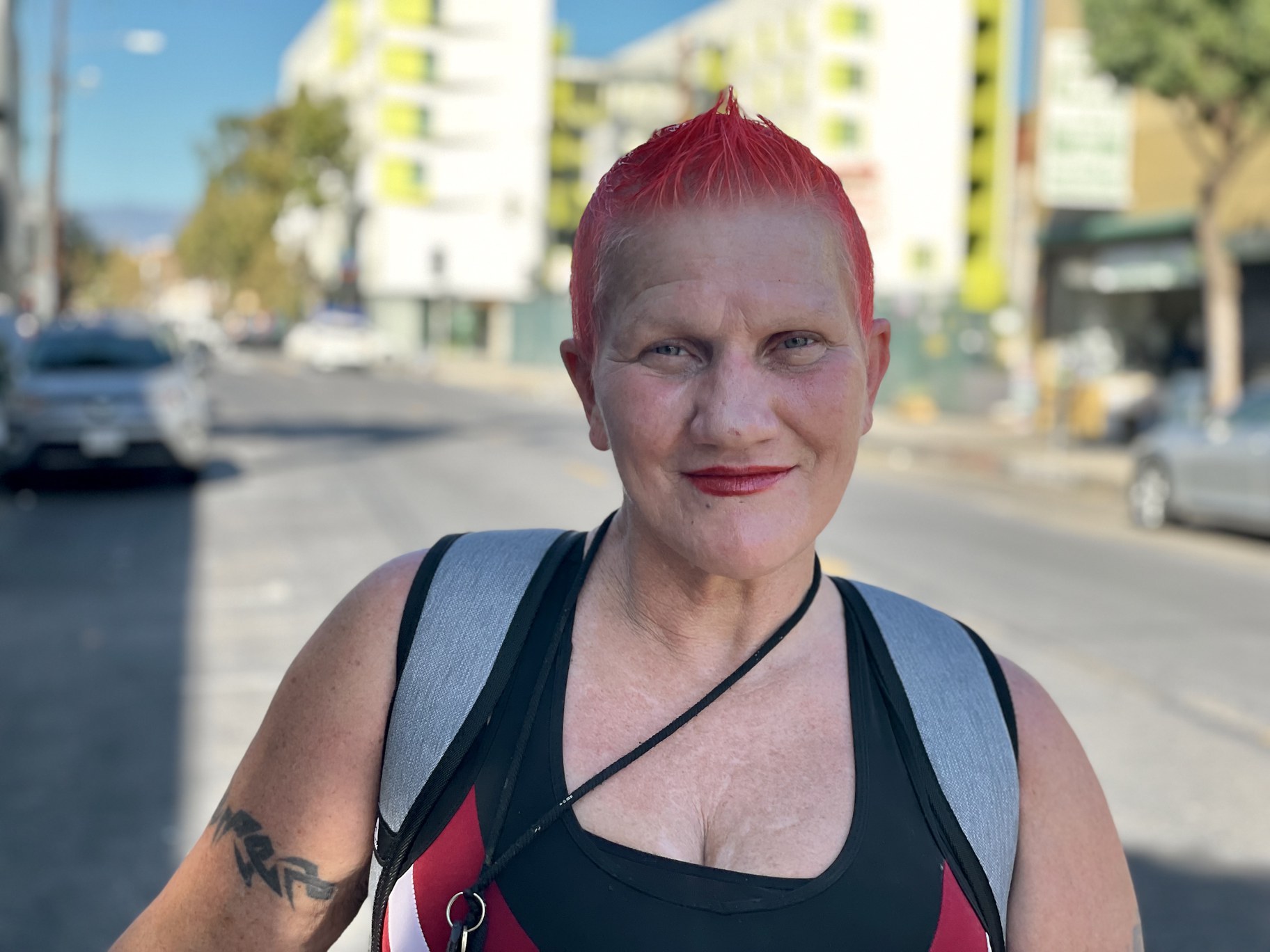 Russia Reilly moved into housing a few months ago. “It’s great, but there comes problems. We have people in apartments, isolated, and their mental health issues come up. I’m going through that myself,” she says. Photo courtesy of Invisible People.

Reilly does this volunteer work through The Sidewalk Project, a nonprofit that supplies people living on the streets with Narcan and other harm reduction supplies, like clean syringes, condoms, pipes, and marijuana.

Although the City of LA supports the work, there’s pushback from community members.

“People say we are enabling folks to harm themselves or further an addiction. But we have 30 years of evidence behind harm reduction,” says Soma Snakeoil, executive director and co-founder of the nonprofit. 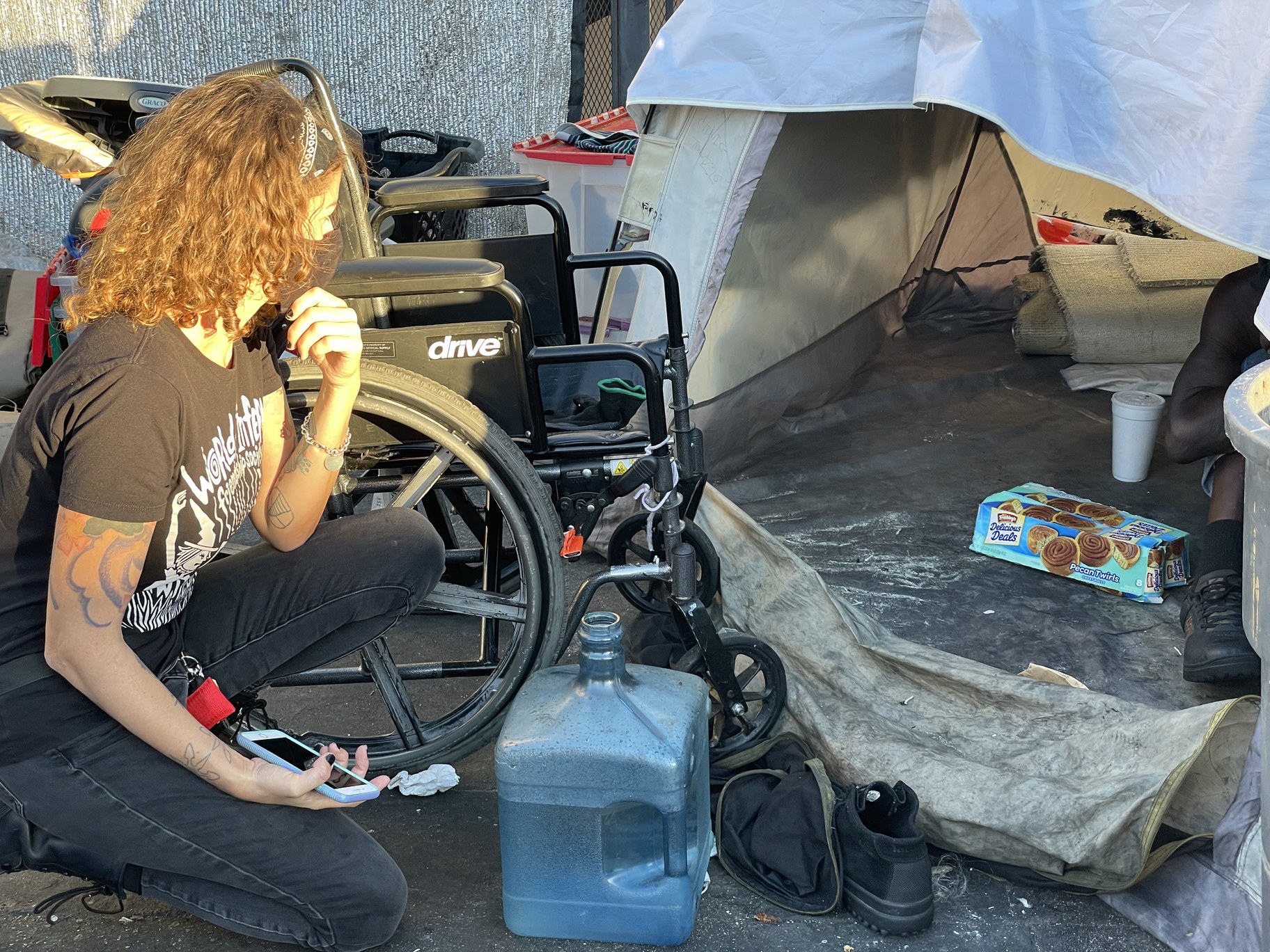 Soma Snakeoil stops by a tent to see how she can help. Photo courtesy of Invisible People.

The organization is women-led. Most volunteers have lived experiences with homelessness, drug addiction, and sex work, including Snakeoil and Reilly.

“I am formerly unhoused, I am a former person who used drugs, and I am still a sex worker,” says Snakeoil.

She says those who can personally relate are the ones who can help most.

“The most effective way to stop this overdose crisis is to put Narcan into the hands of the people closest to the community,” she says. “People who use drugs save the lives of people who use drugs. ... That’s how harm reduction works.”

The broken oil pipeline off the coast of Huntington Beach has spilled 144,000 gallons of oil. The environmental catastrophe has killed fish, contaminated wetlands, and left...