"Talk to Me/Sing to Me" installation in the new exhibit "Christian Marclay: Sound Stories." Photo by Amy Ta.

It's based off posts from Snapchat, the app that lets users share quick videos that disappear.

“Snapchat is a camera company, so they want you to use your phone as a camera,” says Marclay. “Before anything else, it’s a camera, and people are so visual that they don't think so much about what the sound of their device can record. The sound tends to be secondary, and I wanted to bring the sound forward.”

The Snapchat engineering team pulled from hundreds of millions of publicly shared videos on their platform to provide material for Marclay to play with.

Snapchat lead engineer Andrew Lin and his team organized the sound from those millions of videos -- according to the low, medium, and high frequencies of the sound waves. Those sounds became music. 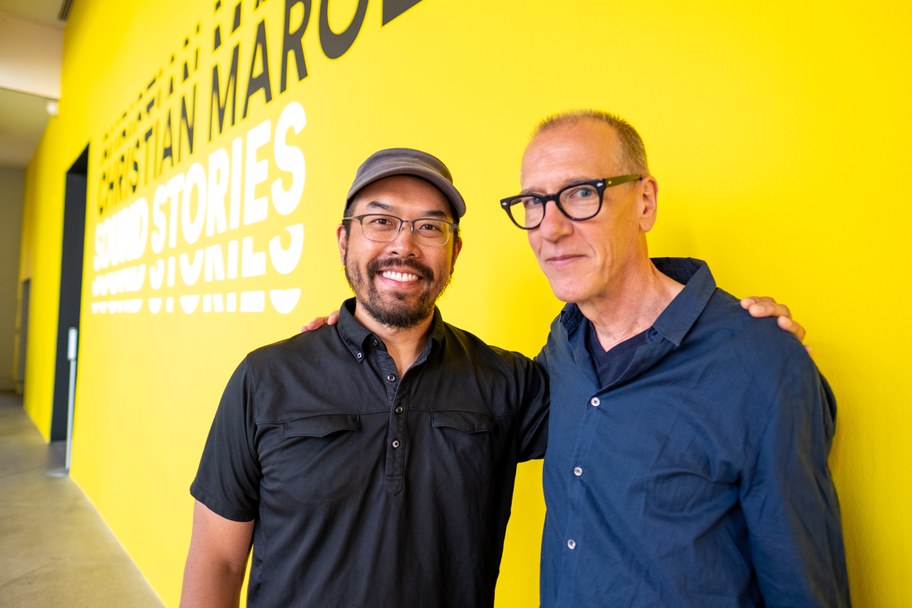 One of the installations in the exhibit is "The Organ." A keyboard is sitting in the middle of a dark room. But when a visitor touches a key, it plays a sound, and by pressing a combination of keys, visitors hear music.

Across the room, a wall-sized screen illuminates with a corresponding vertical column of sound and quick videos. There are video flashes of people at concerts, taking selfies, eating food, listening to songs, screaming, dancing, and playing with children. 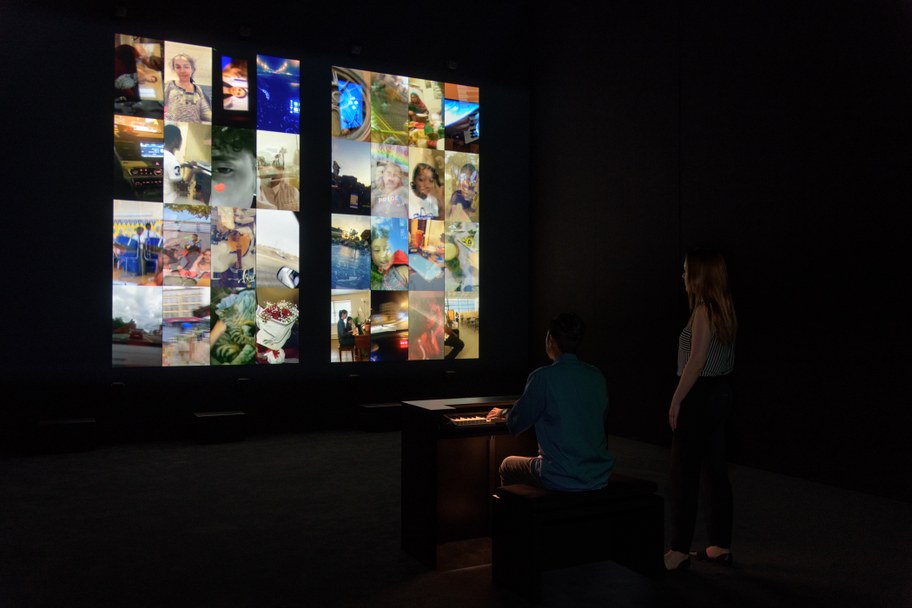 When you see all the videos, especially ones including children, it raises the question of privacy.

But Lin says they only drew upon publicly submitted snaps, which they call "Our Story."

"When you actually select Our Story for the first time, we'll pop up a warning to the user saying you're submitting this publicly. It may show up in the map or other places in Snapchat. It may well be retained for longer, and could even show up in different places, like a Jumbotron or things like that," Lin explains. 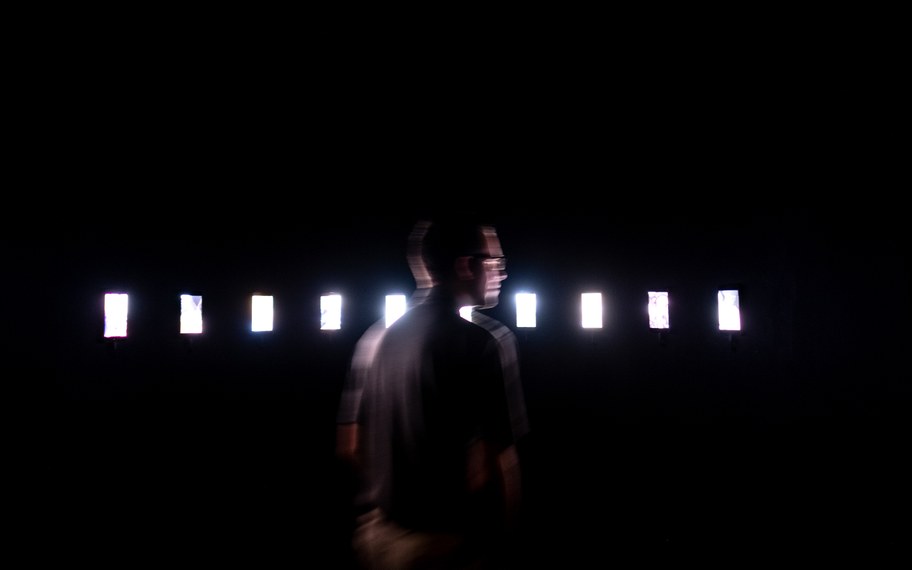 "All Together" installation in the new exhibit "Christian Marclay: Sound Stories." Photo by Amy Ta. 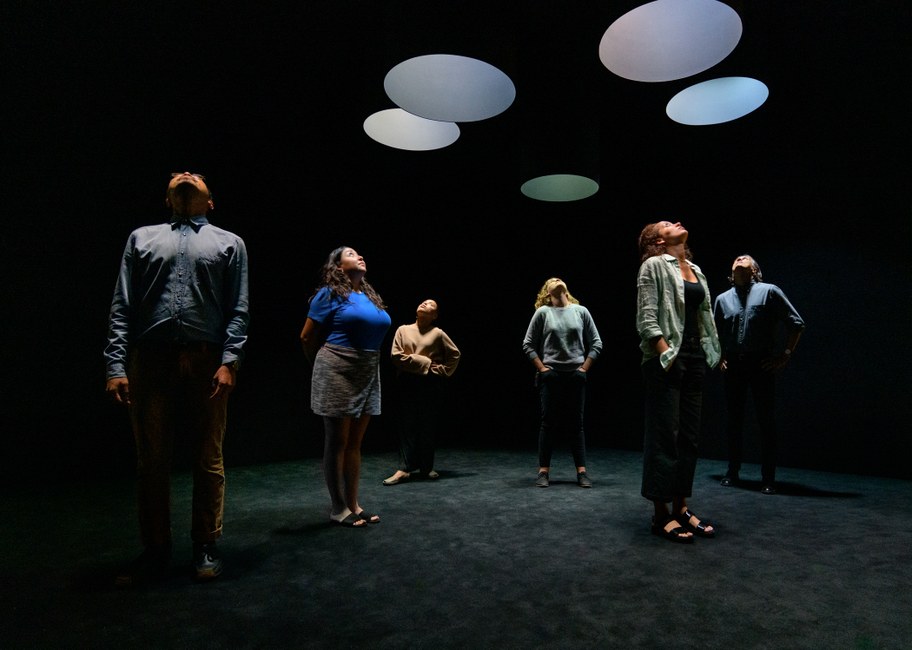 All five of the installations in "Sound Stories" demonstrate varying uses of sounds to create songs, to speak back to your voice or sounds you make, and more.

Ultimately, "Sound Stories" gives the viewer the opportunity to engage with big data, the devices that are recording us, things that we’re sharing with friends and the world. It’s cool, but it may also leave you with a haunting question: Is this what it sounds like when the robots take over? 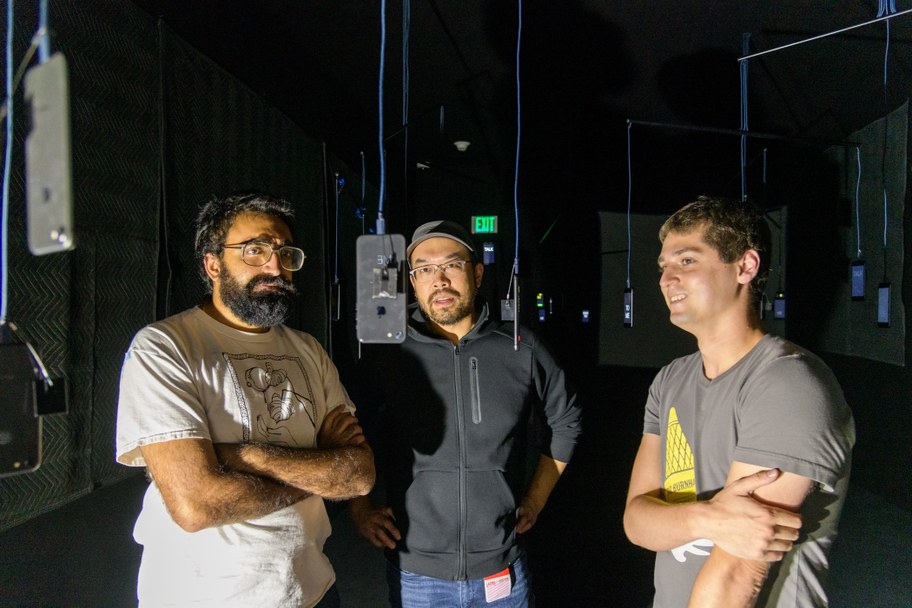 One journalist's struggle to wean off antidepressants

Journalist gets backlash for intimate essay on quitting antidepressants

If you read the LA Times, a recent op-ed headline may have gotten your attention: “ Hi, I’m David. I’m a drug addict.