COVID has gutted public transit in Los Angeles. Will ridership ever bounce back? COVID-19 has sent LA public transit numbers plummeting. In 2020, Southern Californians took 213 million rides on Metro rail or bus, as opposed to 370 million the year before, according to the Los Angeles County Metropolitan Transportation Authority.

And this year, transit ridership numbers are only slightly increasing. For the most part, Metro’s network of 92 rail stations and more than 2500 buses has been slow to fill back up, even as people venture out again.

When the pandemic first hit, habits changed for Katrina Kaiser, a moderator of Angelic Thoughts for SoCal TOTs, a nearly 2000-person Facebook group for transit superfans in the Greater LA area. The group’s goal: Create a space where people can together imagine a Los Angeles that runs on public transit. 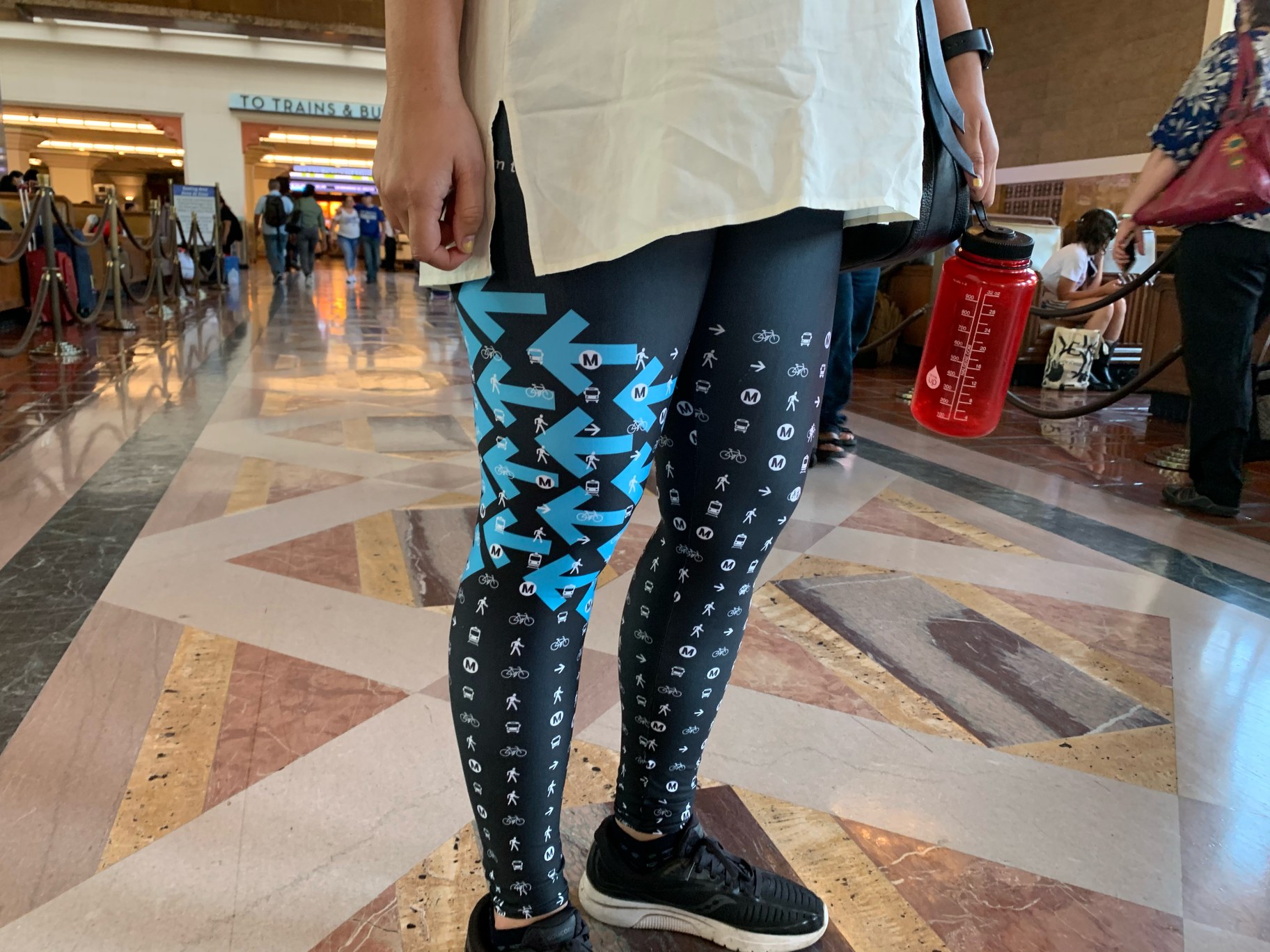 Kaiser wears one of their Metro-themed pieces of clothing. Photo by Nisha Venkat.

But now, Kaiser worries that the once-thriving transit system might never return to what it was.

“I was taking it for errands here and there less consistently. Whereas previously, I was taking it everyday to get to work,” they said of their ridership patterns during the pandemic.

More personal cars on the road

Transit workers and researchers are worried too, with many saying that Metro ridership has fallen for the past decade because people who were transit-dependent found the money to buy cars.

But now, pandemic-induced concerns about hygiene and safety mean that even more Angelenos might have turned to car ownership.

Natalie Bettendorf bought a car over the past year. She’s a college student who grew up taking public transit in the Bay Area, and never saw herself buying a car until much later in her life, even after she moved to LA to attend USC. But then the pandemic hit, and Bettendorf wanted to take steps to keep her and her family safe.

“A car is kind of the safest place where you’re isolated and can actually have your own mask off,” Bettendorf says. “I found this really cute Honda HRV, a used one in Berkeley, and I ended up getting a lot of my savings together that I had been saving up for a car. I knew it was going to be a big purchase, but it made a lot of sense at the time.”

Now that Bettendorf’s a car owner, she can’t see herself going back to taking the Metro, even though she’s passionate about public transit and sustainability. And that’s making her question whether she wants to live here at all.

“I’m spending half of my life sitting at the driver’s seat, like in traffic. … Driving places, and being kind of stopped on the freeway, feels like such an enormous waste of time,” says Bettendorf. 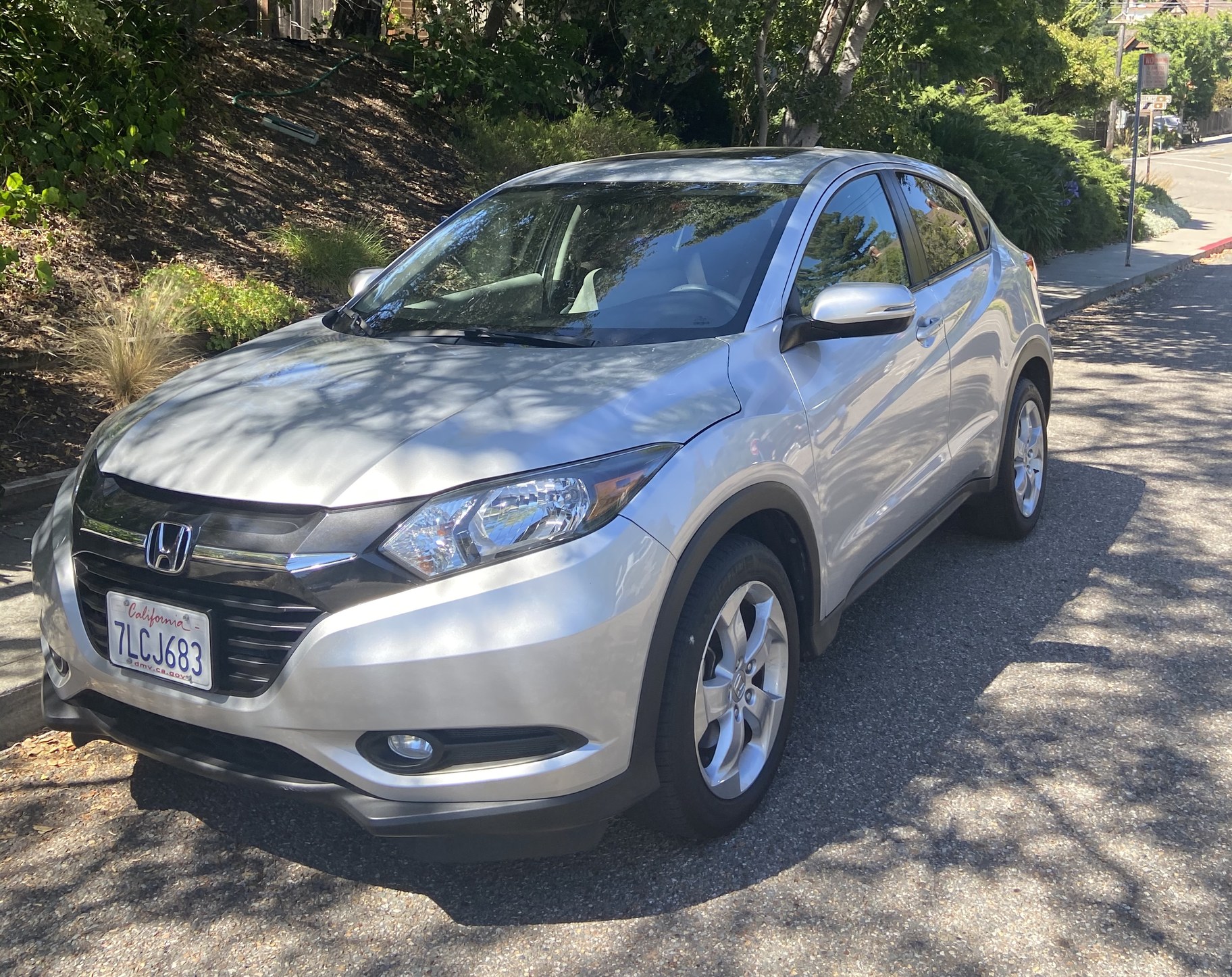 Natalie Bettendorf bought this Honda HRV over the past year. “A car is kind of the safest place where you’re isolated and can actually have your own mask off,” she says. Photo by Natalie Bettendorf.

What is Metro doing to try to lure Angelenos out of their cars and onto buses and trains?

Metro’s Chief Innovation Officer Joshua Schank says the agency was already fighting an uphill battle in a region that’s built to favor personal vehicles, and that people have been buying more cars since before the pandemic.

“This region made a decision long ago to prioritize personal vehicle traffic over almost everything else in the region. There are miles and miles and miles of pavement, all given away to whoever wants to drive on them whenever they feel like it at no cost, right?” Schank says.

Metro is now drafting a plan that would make public transit free for students and low-income Angelenos. That plan is expected to be presented to their board in September. They’re also redesigning their bus fleet to be more efficient and fit pandemic transportation patterns.

But convincing people that the Metro is safe? That’s a tougher sell. And to reluctant riders like Bettendorf, Schank would say there’s always risk, just like there is with a car.

“Sometimes the feeling on the system can be unsafe, even though I know the statistics and the data, and know that I’m probably safer on the Metro than I am riding a car, for example, or even walking down the street,” Schank says.

Metro might also face other challenges in retaining ridership. A study published last week from the LA Department of Transportation showed that women were less likely to be able to access their daily destinations than men, and were more worried about their personal safety on public transportation.

And Metro’s ambitious plans to roll out new buses and train lines aren’t sitting well with everybody. Transit fans like Kaiser say that the agency's first priority should be keeping current riders en route. And to do that, the agency needs to focus on the basics, like arriving on time and getting people to where they need to go.

“Do your drivers know if they’re collecting fares or not? Do your trains not have to stop and wait for another train to pass, delaying everybody in unpredictable ways?” says Kaiser. “Then the next challenge is steadily increasing the level of service to where people want to go.”

*CORRECTION NOTE: A previous version of this story said that last year, 213 million people used the Metro rail or bus. It's been corrected to 213 million rides.

Can LA Metro recover lost ridership numbers from the pandemic?

COVID has gutted public transit in Los Angeles. Will ridership ever bounce back?

Metro’s buses and stations are slow to fill up again, as more people turned to private cars for safety reasons amid the pandemic. To get riders back, Metro is expanding bus...

KCRW talks with Peter Alexander, who co-owns Akbar in Silver Lake, and Paul Kalt, owner of Conservatory in West Hollywood.

LA rental data over the past year reflects a broader trend of rising prices in the suburbs. Rent increased in Calabasas and Santa Clarita, but decreased in Santa Monica,...