“There was a lot to love,” Eater LA’s Mona Holmes says of the summer barbecues her family held in Altadena when she was growing up. Photo courtesy of Mona Holmes.

As part of the package, reporter Mona Holmes reminisces about the summer barbecues she had while growing up in Southern California. Holmes grew up in Altadena in the 70s and 80s, where her family hosted get-togethers, serving up ribs, potato salad, baked beans, and spicy hot links. Her dad traveled to multiple destinations to get the hot links in South LA, like Mama’s Chicken and Papa Pete’s Gourmet Sausages, which was in business for 72 years.

Holmes also reports on the local producers supplying the city with barrel pits for decades. “Everyone has seen them on street corners,” she says. “You know them, they look like oil barrels, and they are converted into barrel pits by these metal fabricators throughout Los Angeles.” 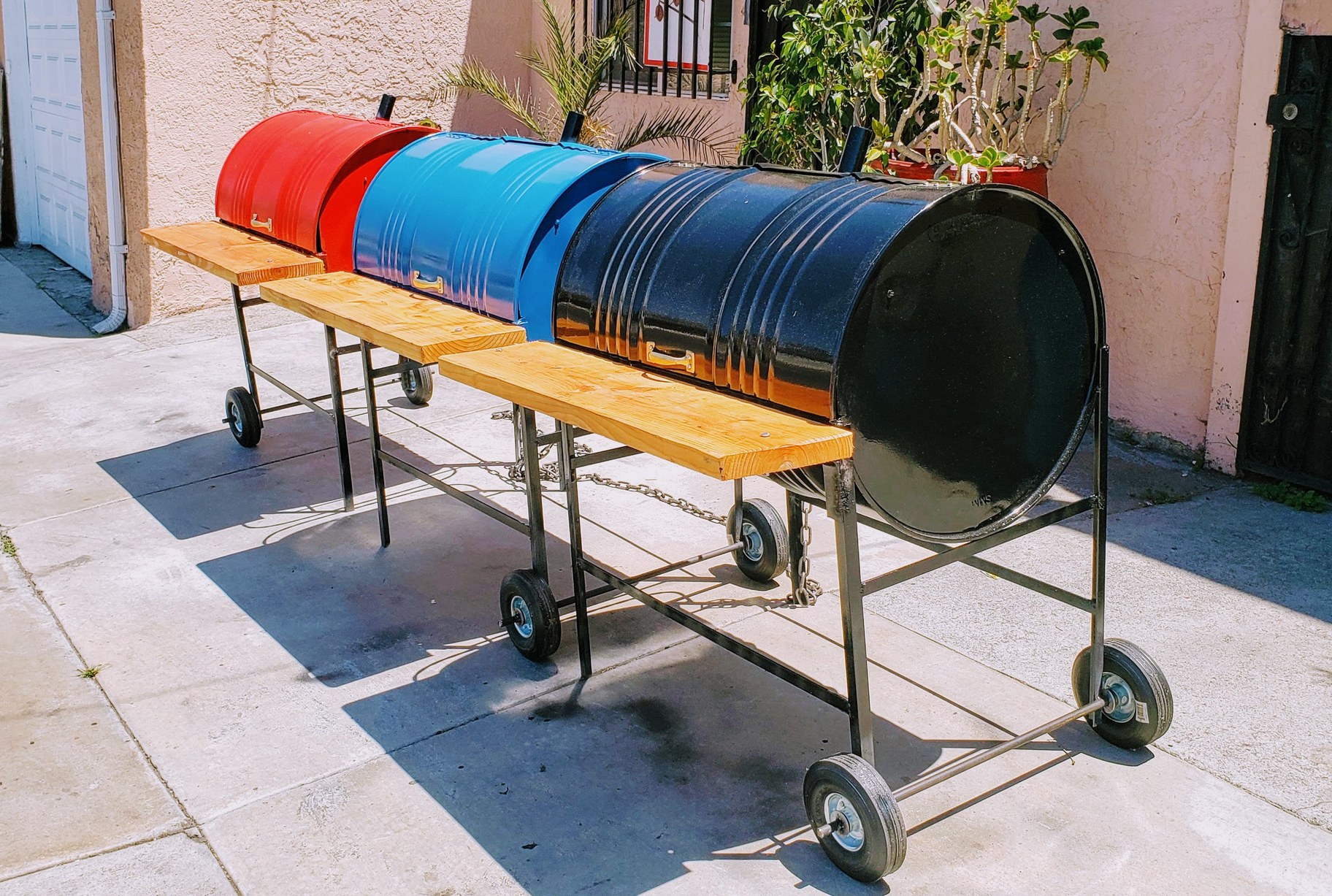 Sweet Daddy Rose made custom barrel barbecue pits for 30 years, selling them out of his home in Vermont Vista. Courtesy of Mona Holmes