A way forward for faster and cheaper homeless housing In February, at an event in downtown Los Angeles, a group of architects and developers gathered to show off architectural models and renderings. All of them believed they had real world solutions to end L.A.’s homelessness crisis.

“Any substantial reduction of cost would be very welcome,” said Phil Ansell, the director of L.A. County’s Homeless Initiative, which sponsored the contest.

The contest was motivated by the slow speed and high cost of homeless housing currently being built in Los Angeles, using money from voter approved bond measures.

Many planned projects are still months and even years away from opening and some no-frills apartments will cost nearly half a million dollars a unit to build, equivalent to the price of a single family homes in many parts of the country.

City and county officials and homeless advocates fear available revenue will be spent well before a dent is made in getting homeless people housed.

The Housing Innovation Challenge is the response.

Fifty-three groups entered the contest. Now, five winning teams are getting between $500,000 and a million dollars in grants to turn their blueprints and models into real world, move-in ready housing.

The ideas range from a plan to update the old California bungalow design of small dwelling units around a central courtyard to converting garages into studio apartments to using enormous polymer panels that basically snap together to create dwellings.

But the group that made the boldest claims at the Housing Innovation Challenge event about being able to build lots of homeless housing fast and inexpensively was from the company Flyaway Homes, which received a million dollar grant.

“Well, we threw away the rulebook,” said Sarah Jessup, Chief Investment Officer of Flyaway. “We said the system isn’t working. We need to create a system that does.”

Jessup met KCRW at the company’s current construction site on 82nd Street in South Los Angeles, where it will spend part of its county grant money.

Here, below the flight path into LAX, Flyaway is building its second housing project for the homeless. The project consists of 16 two bedroom apartments where 32 people will live and receive supportive services, like drug counseling and job training.

Flyaway says it will build the project for about a quarter of the cost and four times faster than similar projects now underway. Just a few blocks away, the company says it built its first 32 unit project in seven months at a cost of about $109,000 a person.

“I always say to my partners that if it was easy, everybody would be doing it,” said Jessup. 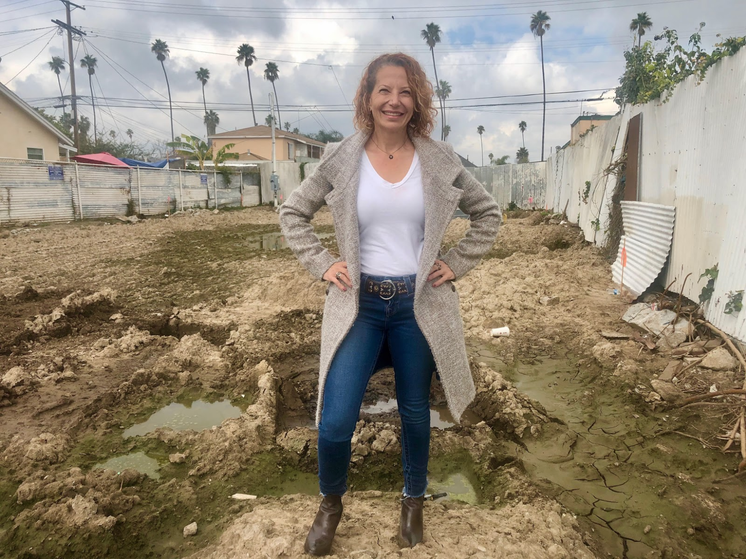 To reduce construction costs, Flyaway reuses shipping containers instead of building from scratch. The containers are then trucked to the site and put in place using a crane. A whole floor of housing can be created in a single day.

To get financing, which delays a lot of homeless and low-income housing projects, Flyaway also embraces a for-profit model of homeless housing development.

A nonprofit homeless provider called the People Concerned has partnered with Flyaway and will hold the master lease on the 82nd Street project and collect a small amount of rent from tenants. Investors will see a small but steady return on their investments.

“I mean solving homelessness and making a little bit of money is something to celebrate,” said Jessup. 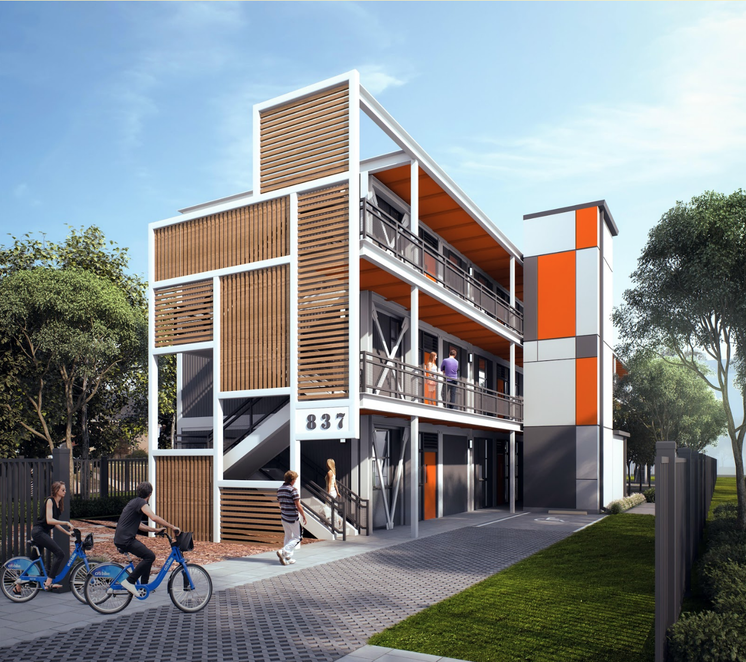 Flyway Homes says if the city and county of L.A. can help the company find 400 parcels of available land, its confident it can build 20,000 units of homeless housing within 10 years.

According to Jessup, the biggest challenge that stands in the way of solving L.A.’s homeless crisis is Nimby, or Not In My Backyard, thinking from groups opposed to homeless housing in their communities. She says all neighborhood have to participate in welcoming homeless housing.

“It has to be everywhere or else it won't work,” she said.

Flyaway Homes hopes people can start moving people into its 82nd Street project by the end of this summer. 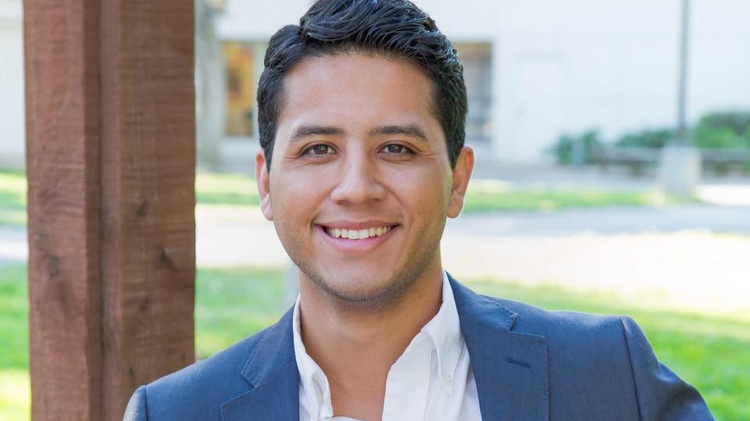