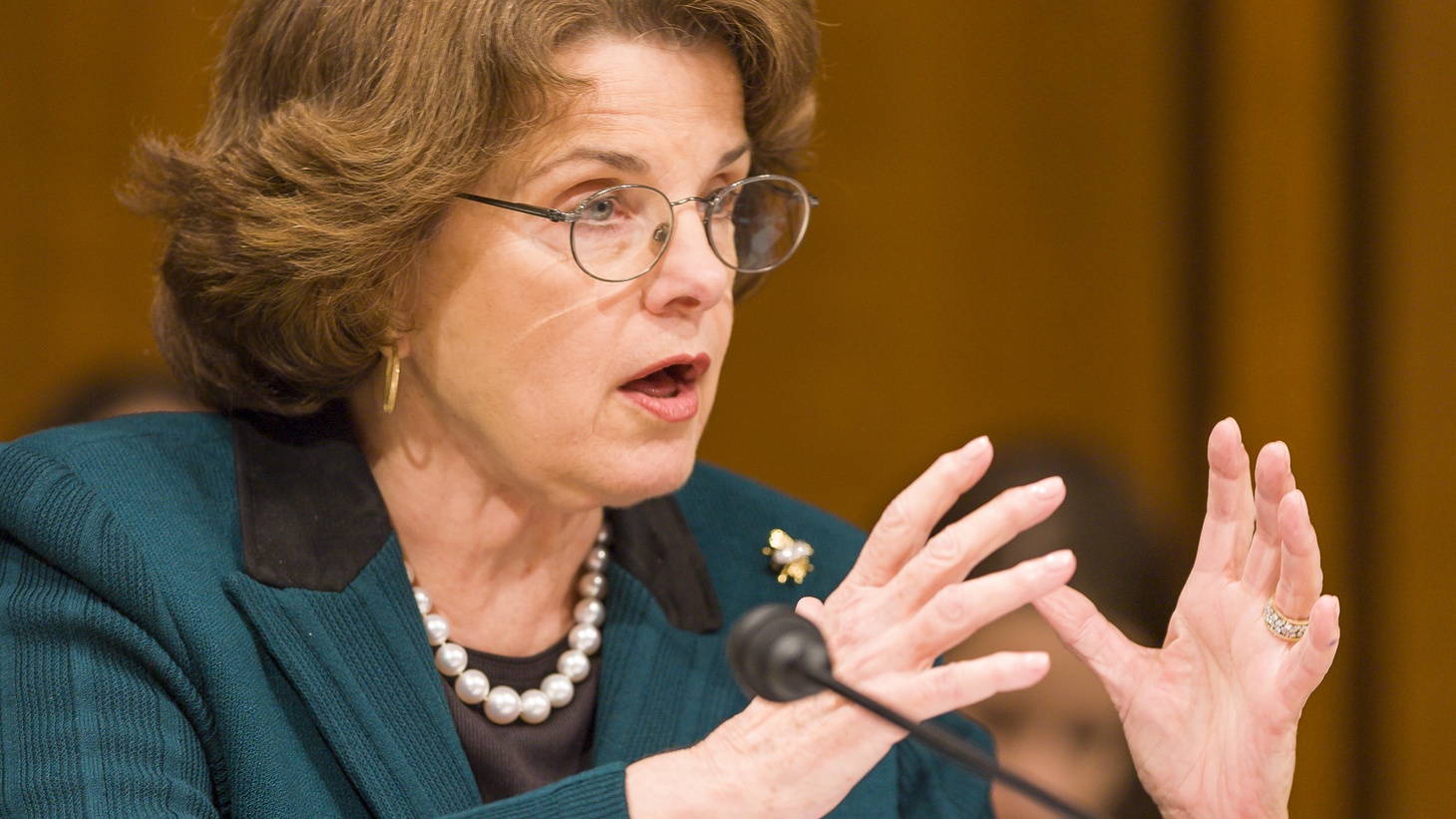 Senator Dianne Feinstein, the oldest sitting senator, speaks during Supreme Court confirmation hearings for Judge Samuel Alito Jr. in 2006. “Every one of these people has deep respect for the senator and … reveres her and recognizes how tremendous her career has been,” says San Francisco Chronicle Washington Correspondent Tal Kopan. Photo by Shutterstock.

Is California Senator Dianne Feinstein mentally fit enough to serve? That’s the focus of a recent San Francisco Chronicle story, which has sparked concerns and sadness among the leader’s colleagues.

Four former senators and three of Feinstein’s former staffers withheld their names for the article, but they expressed reverence and sorrow for her, says Tal Kopan, Washington Correspondent for The San Francisco Chronicle.

“Every single one of the conversations I had for the story was painful,” says Kopan, who says the anonymity of their sources was necessary out of respect for Feinstein. ”Every one of these people has deep respect for the senator, and frankly, reveres her and recognizes how tremendous her career has been.”

Kopan says Feinstein’s colleagues and staffers hope she gets the respect she deserves while wrapping her trailblazing career, which includes being San Francisco’s first female mayor.

“They want her to be able to end her career on a dignified note that they think she deserves.”

But the San Francisco Chronicle reporter also says there’s a sense of “defeat and resignation” among Capitol Hill staffers, as no one’s been able to convince Feinstein to step down willingly.

“There are discussions among colleagues and those close to her of the vein of, ‘What could we do? Is there anyone who could get through to her?’

Kopan says, as a journalist who sees what happens on Capitol Hill beyond newspaper headlines and cable news footage, Feinstein appears to rely on her staffers more heavily than other colleagues on the Senate floor.

“She is really guided by staff around the Capitol at all times. She always has a staff member with her,” says Kopan, who also highlights that Feinstein has an experienced and professional team by her side.

“[During Senate amendment votes,] a staff member hovers over her shoulder and discusses with her, and then sits back down after the vote is taken. You don't see that with anyone else in the room.”

While memory loss is something many Californians experience themselves or relate to, the diminishing mental fitness for Sen. Feinstein is raising concerns whether California’s 30 million residents are getting the right representation in Washington D.C.

“Staff work is a big part of Washington. There's no doubt that no senator could exist without their staff. But at the end of the day, the people of California don't elect a staff. They elect a politician to run that office and make the decisions.”