Even before the election, the president was questioning the legitimacy of the voting process. Now, as votes are still being counted, we're watching democracy in action.

With an incredibly consequential election at stake and a global pandemic, a call went out to young people to work polling places this fall so older adults at a higher risk of the virus could sit this one out. Many answered and stepped up, including some too young to even vote.

“This election is so historic,” says Scott-Street. “There’s a pandemic going on; certain candidates are talking about elections and how they’ll react to it. There’s a crazy amount of voter turnout, so it was very exciting to be a part of this whole voting experience.”

Both say they were mindful of the risk they were taking by volunteering to work at in-person polling sites amid the coronavirus pandemic.

“I’m in one of the low-risk categories,” says Wagabaza. “I figured if someone should do it, it’s probably someone like me. But also, as soon as that first day started, I realized it wasn’t going to be as big of a problem as I thought it would be. I thought we were going to have lines all day and it was going to be overflowing, but the risk probably wasn’t much higher than being in a supermarket.” 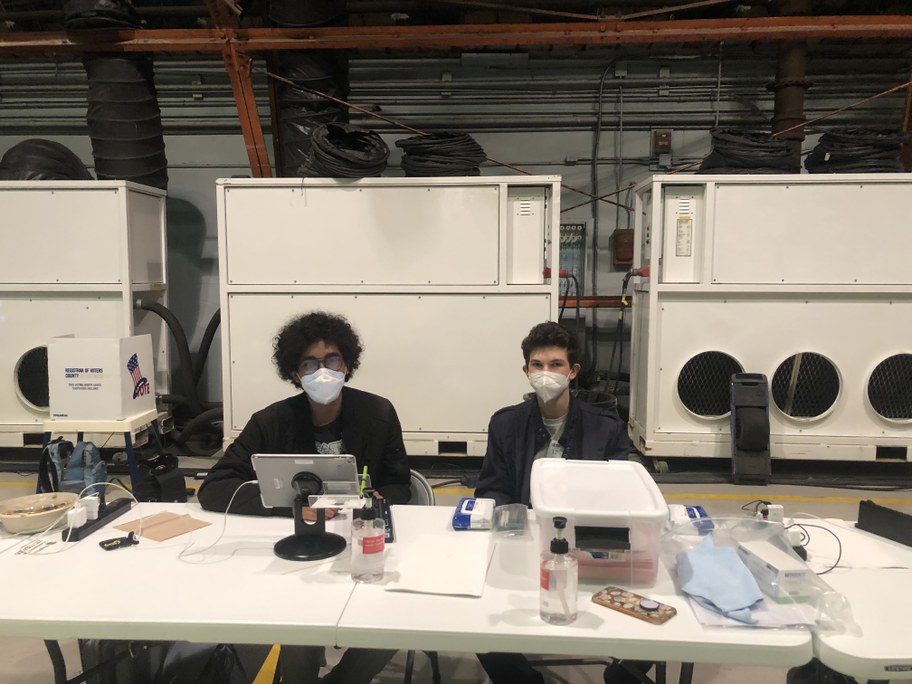 Scott-Street echoes Wagabaza. She chuckles while saying she was convinced she was probably going to get the virus on Election Day, but she says her vote center was mostly quiet throughout the day.

Even if there had been a lot of people passing through the polls, Scott-Street says they were stocked to the hilt with cleaning supplies.

“We had masks for everybody who came in,” she recounts. “There were so many wipes; they were giving us the extra ones, so I have a couple in my room.”

Wagabaza also walked away with a stash of cleaning goodies.

“They had so much left over at my location; I’ve got two bottles of hand-sanitizer,” Wagabaza says with a smile.

Both teens witnessed some memorable instances at their polling places as some voters cast either their first ballot ever or their first in decades.

“We had a woman who had gotten her citizenship that day so that she could be able to vote in this election,” says Wagabaza. “She was so excited, and when she was done she got her picture taken.”

Scott-Street says there was a lot of enthusiasm at her vote center at SMC.

“A surprise to me was seeing super-duper old people -- like, there was this 94-year-old woman who came in, and she was like: ‘I haven’t voted in years, but I’m voting this time,’” says Scott-Street in an admirable attempt at 94 from someone who’s 17.

The two high school students both say this election was too important not to be involved in. Each says it’s critical to be as involved as possible when the stakes are this high.

For Scott-Street, being on the frontlines of the democratic process this election was an eye-opening peek behind the curtain of government.

“It’s the fundamentals of everything else in our country,” Scott-Street says. “You know we can talk about how one thing affects a policy or a policy affects society, but seeing the democratic process is just witnessing all the fundamentals for the rest of the country and society itself.”