On the Western edge of Los Angeles County near the suburbs of Chatsworth and Simi Valley, a battle has raged for decades over the Santa Susana Field Lab, a toxin-filled former nuclear testing site. Arguments about how to clean it and who will pay have dragged on for decades with no resolution. Now, two of the responsible parties, NASA and the Department of Energy, have indicated they won’t be honoring a cleanup agreement they signed back in 2010.

The Santa Susana Field Lab has been a source of concern to local families for many years. For the Bumstead family, the first sign that something was wrong was when strange bruising appeared on little Grace’s skin.  Her mother, Melissa Bumstead, remembers taking the 4-year-old to Children’s Hospital Los Angeles.

“It turned out she has an exceptionally rare and aggressive form of leukemia,” said Bumstead. “It took ten times the normal amount of chemotherapy that leukemia children have. We spent over 100 days inpatient the first year. It was during that time that I met Lauren. In fact, she was one of the first mom’s that I met there.”

Lauren Hammersley was also at Children’s Hospital. Two-year-old daughter Hazel was diagnosed with neuroblastoma, another rare childhood cancer. She and Bumstead were surprised to discover that there were similarities to their stories.

“We started to realize 'Hey, wait a second we live really close to each other,'” said Hammersley. 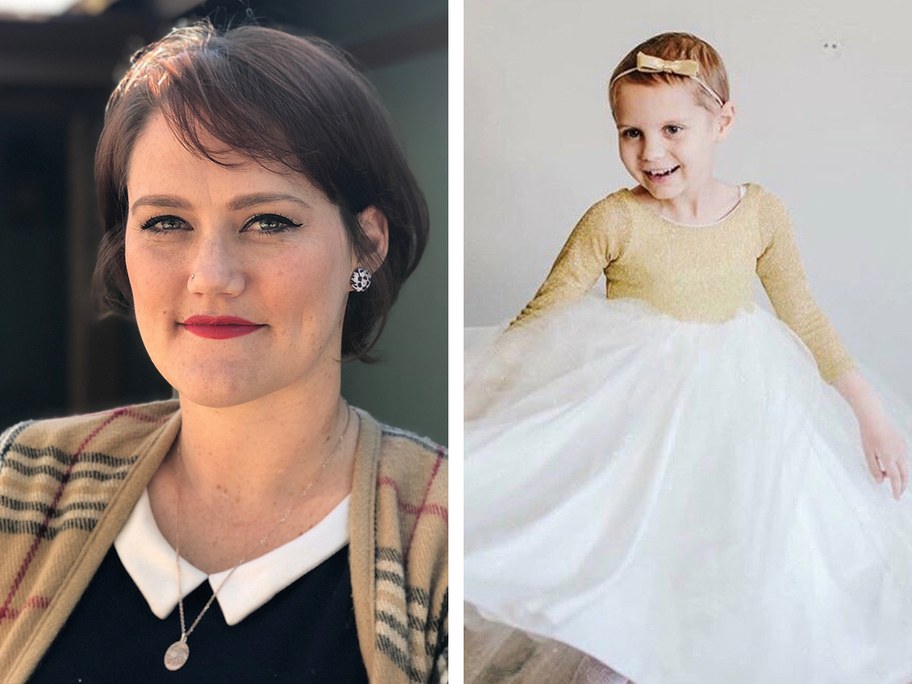 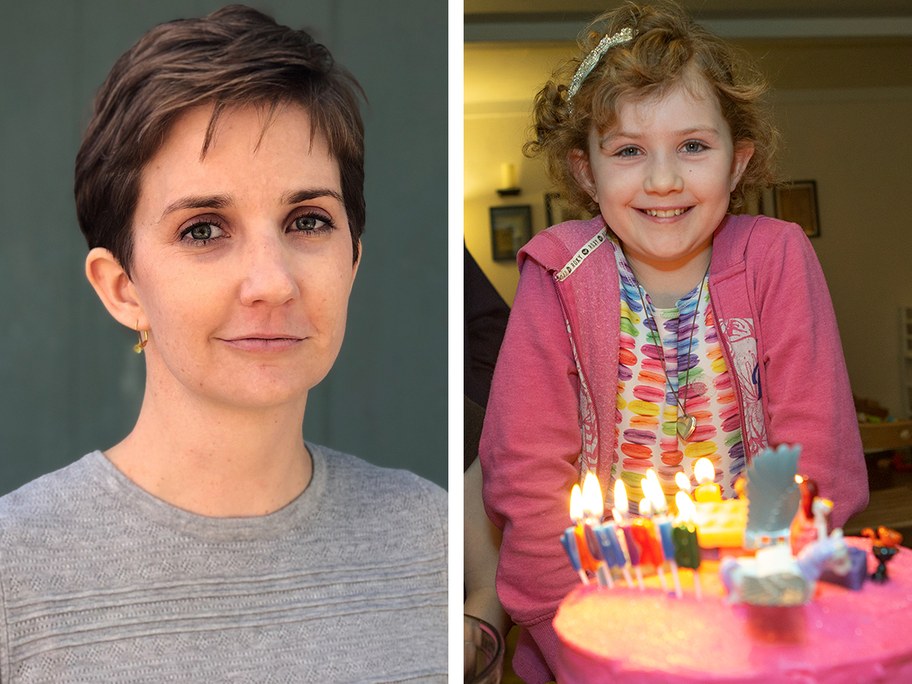 Bumstead believes this cancer cluster is caused by the Santa Susana Field Laboratory, a nearly 3000 acre site nestled between Simi Valley and Chatsworth that is contaminated with radioactive and toxic chemicals. In 2007, a federally funded study found a 60 percent higher rate of certain cancers for those living close to the site.

A history of contamination

Santa Susana was established in 1947 to test nuclear reactors and rocket engines. At the time, the location was chosen because it was remote. Now about half a million people live within 10 miles of the site. Scientific advances were made there, but the environmental legacy has been ugly. There were several nuclear reactor accidents and a partial meltdown of a reactor in 1959, which was kept secret for decades. Beyond that, tens of thousands of rocket engines were tested there.

“There was open air burning of radioactive and chemical components, very flagrant environmental violations,” said Denise Duffield with the LA Chapter of Physicians for Social Responsibility. “And this went on for decades. The nuclear work didn't stop until 1989. Other operations went on to 2006. So we're talking decades and decades of heavy pollution from very toxic contaminants that are now widespread throughout the facility both in the soil the groundwater and the surface water runoff.”

There are three parties responsible for cleaning all this up: NASA,  the federal Department of Energy; and aerospace giant Boeing, which inherited this mess when it acquired Rocketdyne and most of the Santa Susana Field Lab in the mid ‘90s. They are accountable to the state of California, where the state’s Department of Toxic Substances Control is in charge of making sure the cleanup happens. But hardly any of the cleanup has actually taken place. 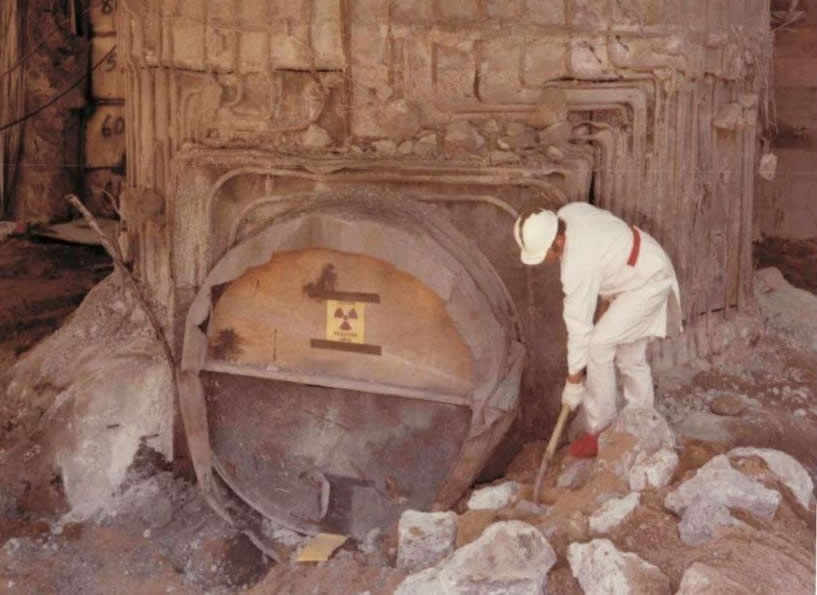 “It’s quite frankly a story of greed, corruption and not caring,” said Dan Hirsch, a nuclear expert, who helped expose the 1959 nuclear meltdown cover-up. “It is cheaper to have people end up having health problems and having to pay for those themselves than it is for the government to clean up the mess.”

Hirsch points to 2010 when the Energy Department and NASA signed a legal agreement promising to clean up all the contamination by 2017. But 2017 came and went and the site was virtually untouched. Then, in November of 2018, the Woolsey Fire broke out at the Santa Susana Field Lab and scorched another 100,000 acres.

“It was a pretty horrifying moment to turn on the television and see Santa Susana in flames, to see the rocket test stands engulfed in flames, knowing what’s on the site.” said Denise Duffield with Physicians for Social Responsibility. “Over 80 percent of the site was burned...and the vegetation and the soil can become aloft during a fire and be spread for miles.”

The California Department of Toxic Substances Control, or DTSC, said testing showed that radioactive and hazardous materials were not released through the smoke and ash. However, residents and the scientific community are not convinced.

They don’t trust the DTSC, since the promised cleanup has not materialized and the Department of Energy has announced they have no plans to honor the 2010 cleanup agreement.

NASA has also indicated that it won’t honor the 2010 cleanup agreement. In March, the NASA Inspector General released a report, putting the price tag of a full cleanup of Santa Susana at over $500 million. It called the the 2010 agreement “not achievable” and recommended that NASA “pursue all available options—administrative, legal, or political—to ensure” a cleanup at less stringent standards.

The DTSC has sent letters to both the DOE and NASA saying the agency remains committed to holding both DOE and NASA accountable to the 2010 cleanup agreement.

Dan Hirsch and other activists hope Governor Newsom is ushering in a new era for the Santa Susana Field Lab. Shortly after Newsom took office, Barbara Lee, the director of the DTSC, stepped down. In addition, Jared Blumenfeld, a longtime environmental advocate, was named as the new chief of the California Environmental Protection Agency. Blumenfeld has since visited the Santa Susana Field site and made some strong remarks regarding the situation at a oversight hearing about the DTSC.

“I mean, it’s a complete mess,“ said Blumenfeld. “The level of toxicity, the history there, when you’re on site is depressing. We need, as the State of California, to make sure the federal government does two things. One that it does what it says it was going to do and and secondly pays for it what’s it’s going to do.” 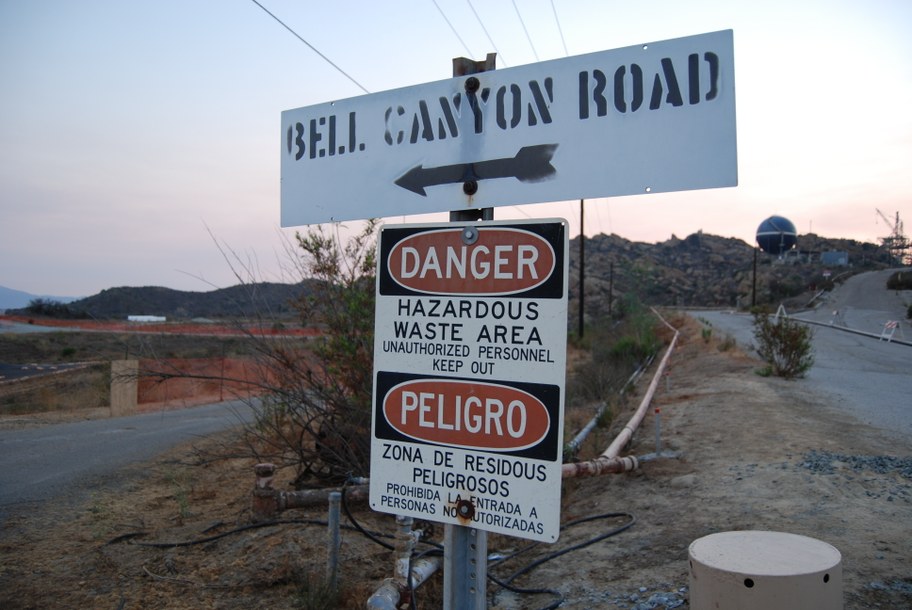 Dan Hirsch says a full cleanup at Santa Susana all hinges on what actions Cal EPA head Jared Blumenfeld takes and if the Governor reforms the DTSC from the top down.

“If the Newsom administration appoints a weak director not only Santa Susana, but Exide, Kettleman Hills and numerous other places around the state will continue to be faced with a dysfunctional toxic agency.” said Hirsch. “So the real question is not simply what they tell the Trump administration but what they do themselves. And the permanent director of the toxics agency will be the real test.”

KCRW reached out to all the parties responsible for cleaning up the site. All declined a taped interview.

NASA sent a statement saying it will continue to work with the DTSC to “implement a cleanup that is based in science, technically achievable and is protective of the surrounding community.”

The Department of Energy sent a statement saying its “cleanup team is eager to begin remediation of the site.”

Boeing responded by saying it “has conducted numerous cleanup activities at Santa Susana.”

The DTSC sent a statement saying it would release an environmental impact report and a cleanup plan soon. It also said they’re monitoring the site and if it poses any threat to human health, the DTSC “will take immediate actions to stop that threat.”

Lauren Hammersley questions whether local families can trust these agencies when “we’ve been burned so many times before.” Hammersley ended up losing her young daughter, Hazel, to neuroblastoma and is now an activist fueled by heartbreak.

“So how can I live with myself losing my daughter and thinking this could have caused all of this?,” asked Hammersley. “You know I have to do something. I can't just sit idly by and let it keep happening and I need to hold the leaders of our community accountable”

As for Melissa Bumstead, she continues to lead the push for a full clean up of Santa Susana. Her change.org petition that asks officials to ensure the full cleanup of the site has gained more than 600,000 signatures. Her daughter Grace has survived leukemia twice.