From salt to fire, how one baker pursues the perfect loaf of bread “Perfection would be finding that mythical bread that’s in my mind,” said Parker of her quest to replicate an ideal loaf of French sourdough pain or pain de , maybe better known locally as “tartine.”

Her quest started several years ago when a friend of Parker’s returned from an extended stay in Paris talking of nothing other than Tartine. Curious, Parker and a small group of amateur baking friends vowed to recreate the bread in their home kitchens.

The sourdough loaf is best recognized by its dark, crispy crust and moist interior with sizable holes. It is classically used as a sliced, open-faced sandwich bread in France and often serves as a canvas for spreads like tapenade, meats, cheeses and sliced vegetables. It’s been made popular in California by dedicated bakeries like Tartine Manufactory and Tartine Bakery in San Francisco.

“I wanted it to taste like Santa Barbara ocean water,” she said of her practice of collecting buckets of local ocean water and extracting the salt. “I did compare it to other salts and there was a difference, it was almost like a physical reaction on the tongue.” The process of taking the salt from bucket to kitchen takes about three days. 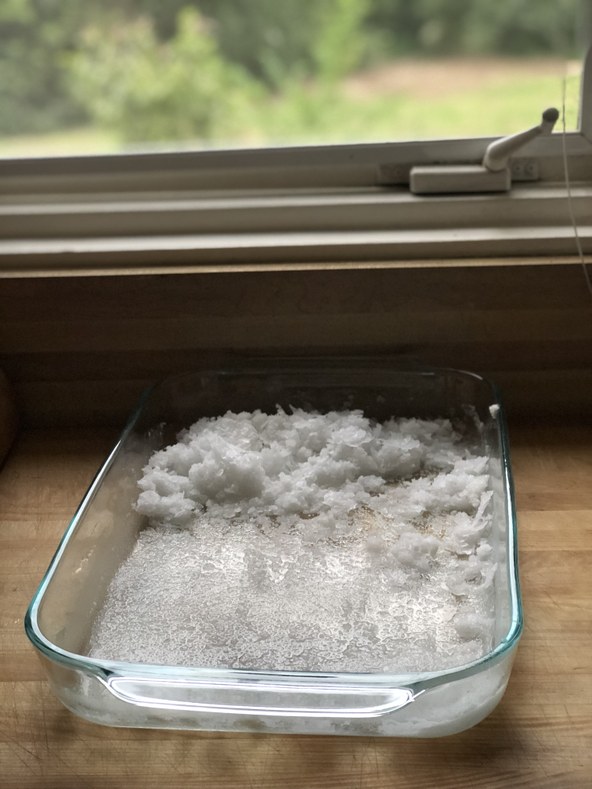 Salt is one of only three ingredients in Tartine — flour and water are the other two — but the sourdough recipe can span upwards of two pages incorporating slight details about timing and temperature.

Parker bakes the bread in an imported Italian oven housed at her husband’s brewery, Third Window. She now bakes about 150 loaves a week to serve at the brewery and sell as individual loaves. 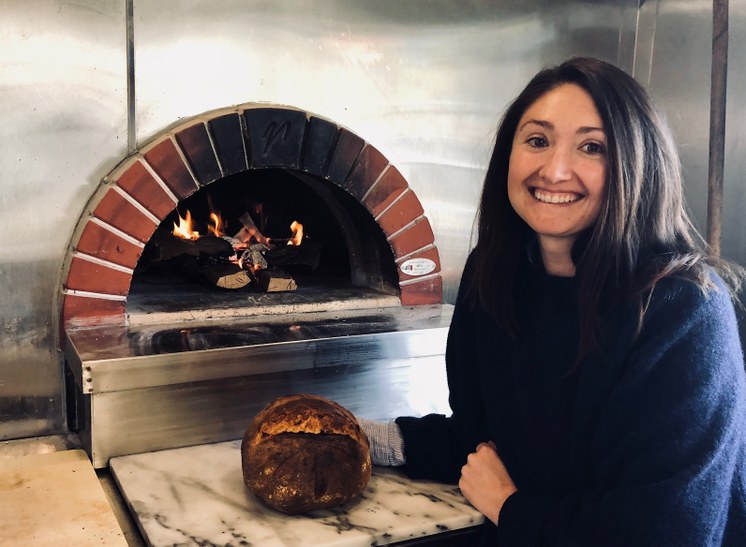 It takes about two days to make a loaf of . Parker uses no machinery and carefully folds and turns the dough by hand. She waits patiently near the oven to check temperatures and oven moisture. Parker’s not alone in her obsession.

“I have to get everything right,” said Patrick Melroy, an artist, home bread baker friend of Parker’s. “And then on the other side, something comes out that is so elegant.” For him, it is not just the taste that’s important, it’s also the look. “I bleed over this,” he admitted. “Every single loaf is a competition.”

In the kitchen, Parker finished a batch of decorative tartine and as she pulled the bread from the oven, she held a loaf near her ear. “As it cools it crackles,” she said with a laugh. “And I’m listening… I’m listening.” 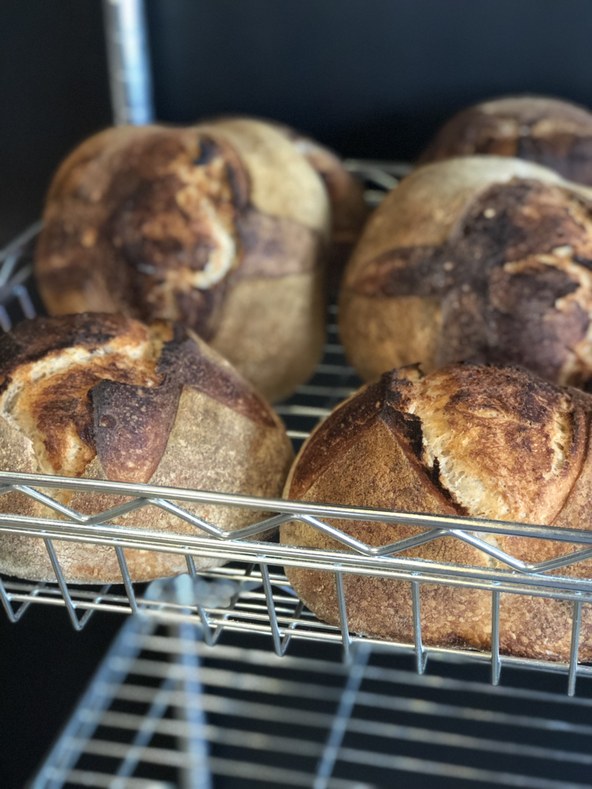 If you want to try Parker’s bread, she retails it for $9 a loaf. More than a typical loaf of bread, but less than a plane ticket to Paris.