This weekend, the Los Angeles Football Club, L.A.’s new professional soccer franchise, will play its first game in its new home, the Banc of California Stadium. Located on the corner Figueroa and Martin Luther King Boulevard south of downtown L.A, the sleek, $350 million venue is inspired by the great soccer stadiums of Europe. It’s also the first open air professional sports arena built in the city limits of Los Angeles since Dodgers Stadium in 1962. 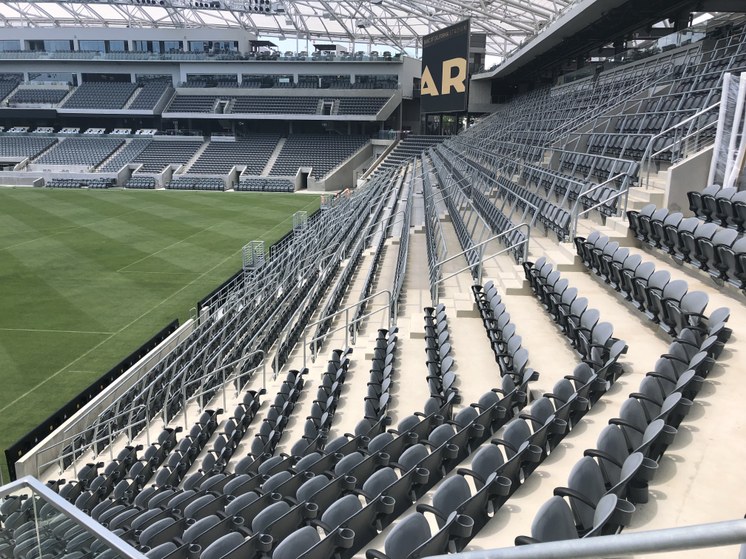