LA mayoral race is heating up. It may be best thing since Rams won Super Bowl 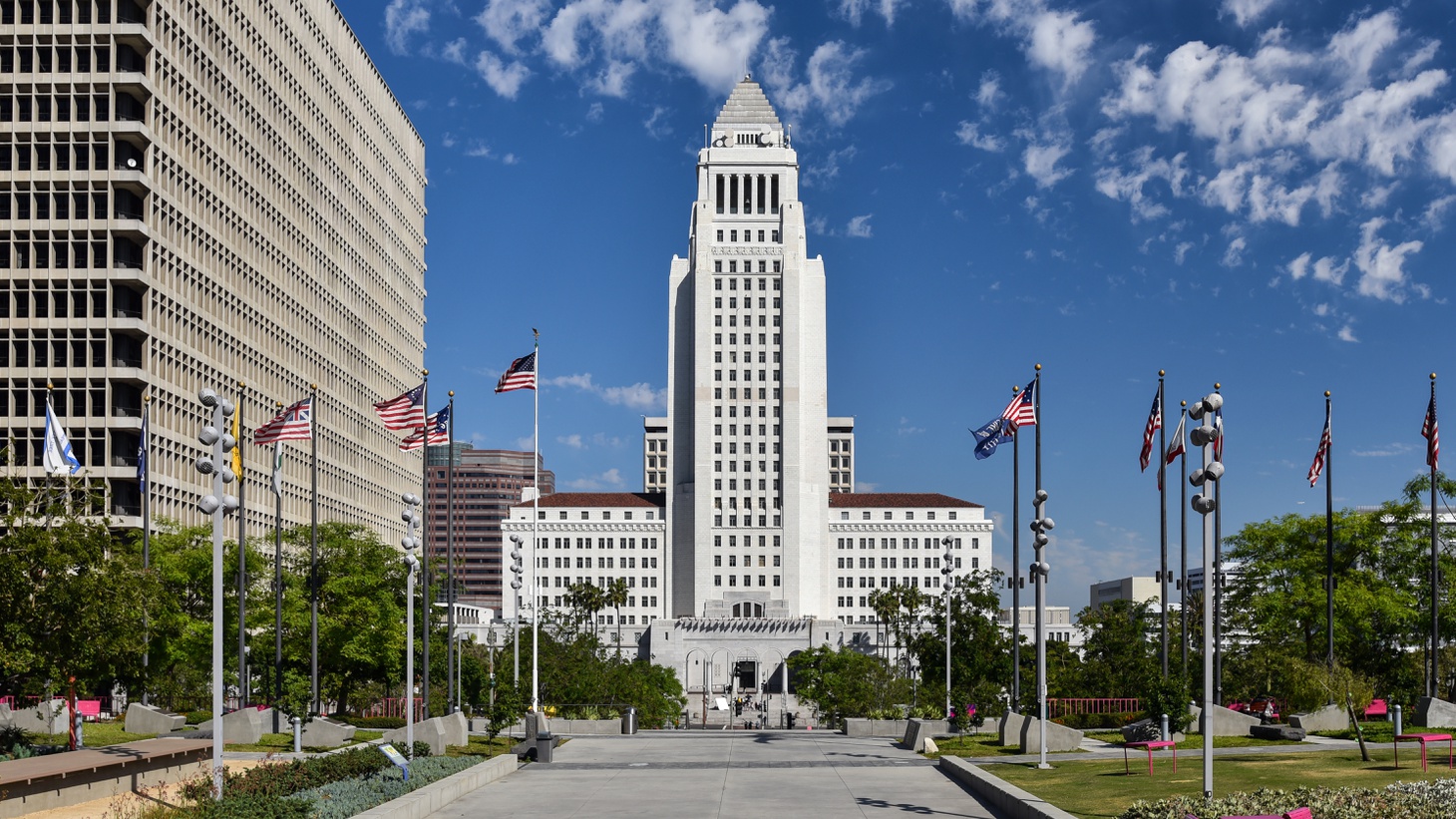 The five candidates are expected to have a contentious campaign season for the LA mayoral race. It may be the best thing that has happened to LA since the Rams won the Super Bowl, according to LA Magazine journalist Jon Regardie. Photo by Shutterstock.

Los Angeles mayoral races have been sleepy events in the last two decades with dismal voter turnouts. But excitement is already brewing for the Nov. 8 election. It’s expected to be one of the most hotly contested local races in years. Who will govern the second biggest city in the U.S.?

“The other candidates are going to do whatever they can to prevent him from getting in. For every bomb Caruso tosses, opponents are going to toss three and four of them.”

Raphe Sonenshein, the executive director of the Pat Brown Institute for Public Affairs at Cal State LA, agrees Caruso’s decision to jump into the race a day before the filing deadline means the competition has entered a new stage.

“[Caruso’s team] really built it up a lot. It took a lot to make the final announcement, but it's a big splash. It may have a very big impact on the race.”

Yesterday was a very meaningful day for my family and me. In the coming days, I'll be sharing more about my plans for ending homelessness, crime, and corruption. pic.twitter.com/rlFozpEZFo

Rep. Karen Bass is hoping to become the first female and the second Black mayor with the support base she’s built over the years as the former Speaker of the California State Assembly and U.S. Congresswoman for California's 37th district, which includes much of the Westside. 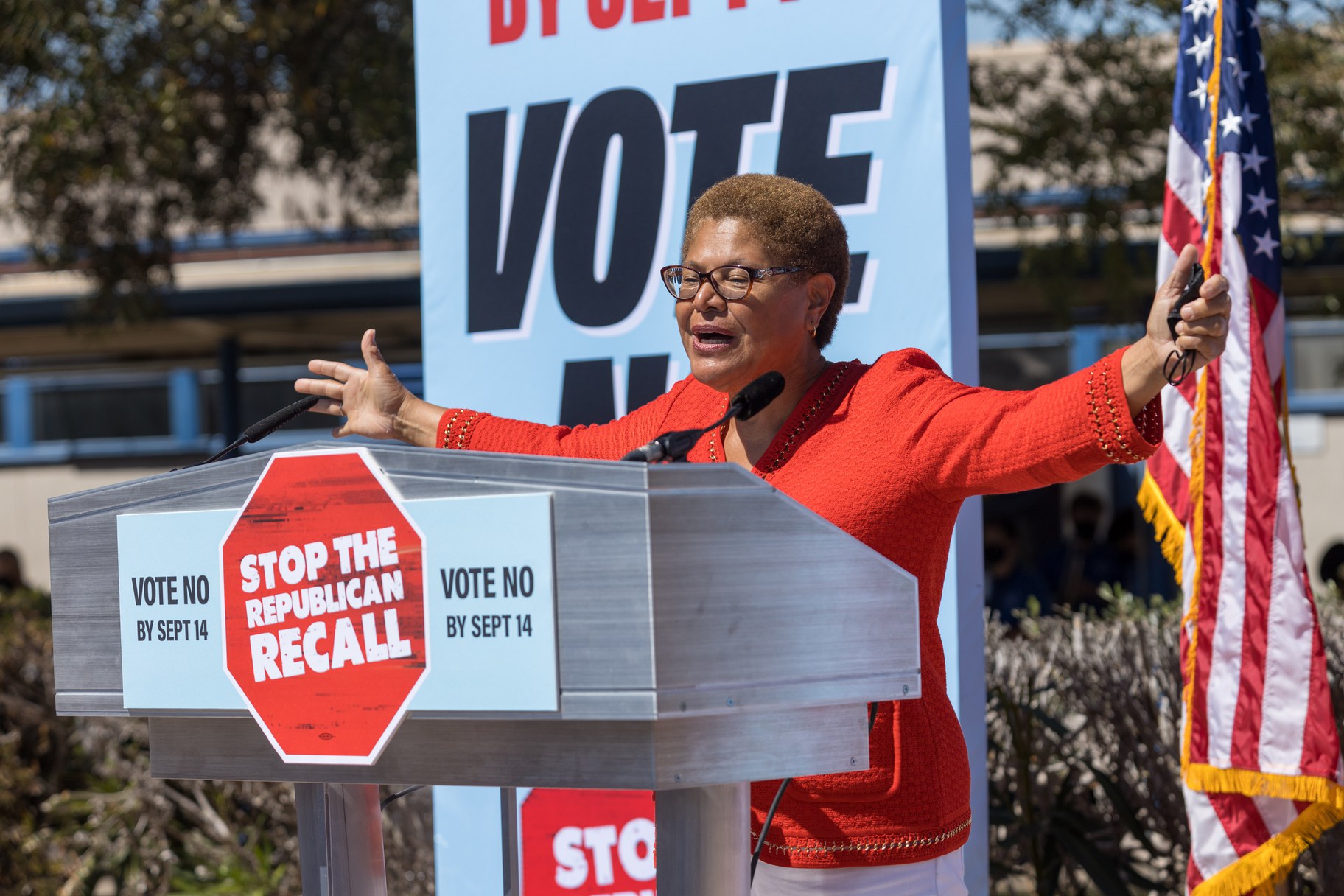 Rep. Karen Bass is considered one of the frontrunners of the mayoral race, thanks to the early endorsements she picked up from national and local political circles. Photo by Shutterstock.

The recent recall attempts targeting local officials like Councilmembers Mike Bonin and Nithya Raman show how frustrated and divided Angelenos are over key issues like homelessness and public safety. That frustration will likely motivate more Angelenos to show up to the polls this November.

“There's just a lot of emotions out there,” says Sonenshein. “We’re going to have a much higher turnout.”

And because LA mayoral races are now being held in even numbered years, voters will be more political-minded and alert than ever.

“[Voters] are really watching,” Sonenshein observes. “It's a real challenge for the candidates to tap into the state of mind of the community this time, know how to ride with it, help it, shape it and find a way to really solve problems.”

With Caruso’s candidacy, which contender has more to lose? All of them.

Some predict Caruso will take votes from Councilmember Joe Buscaino as they are poised to run their campaigns as moderate Democrats.

Buscaino, a former police officer, has emphasized the need for tougher public safety measures while Caruso, who used to be on the Los Angeles Police Commission, has said he’s against defunding the police.

And if Caruso is able to make a broad appeal, he may be able to win over some Angelenos who would have otherwise supported other candidates.

“[Caruso] could take some votes in the San Fernando Valley that Mike Feuer was hoping to get,” Soneshein says. “I don't think [Caruso] will get a lot of votes in the African American community, where Karen Bass is strong. But for the Latino community, he may have some traction.”

Who has more to gain? Angelenos

For the first time in a long time, LA voters can choose from different proposals to solve the city’s problems.

“I think this is the best thing since having the Rams in the Super Bowl for us,” Regardie says.

Unlike the 2013 mayoral election when Angelenos were deciding between Eric Garcetti and Wendy Greuel, this year’s race will likely be intense and even contentious, and that’s a good thing for the city, according to Sonenshein.

“This is a time when the voters are more alert than I've seen in quite a while in Los Angeles. They're really watching. They are really concerned about local issues. That's good for democracy.”

Caruso has a target on his back — for now

Even before Caruso’s candidacy became official, other contenders wasted no time going after the formidable opponents.

Hours ahead of Caruso’s appointment at the City Clerk’s Office to complete his candidacy paperwork, Feuer held a news conference, directly targeting the billionaire.

“[Feuer] ripped Caruso for scandals that occurred at USC where Caruso was chair of the USC Board of Trustees and made some financial donations,” Regardie says.

While Feuer suggested a connection between Caruso and Trump, Councilmember Buscaino, who endorsed the recall of LA County District Attorney George Gascon, put out a statement to reference a donation that the developer made to the progressive DA’s campaign.

As the race intensifies, Regardie predicts that there will be some rough-and-tumble moments.

“People are going to swing hard at [Caruso.] But look, this is hard nosed politics. Caruso’s team has to know what's coming. They're gonna swing back.”