To fight monkeypox, doctors are using lessons from AIDS crisis 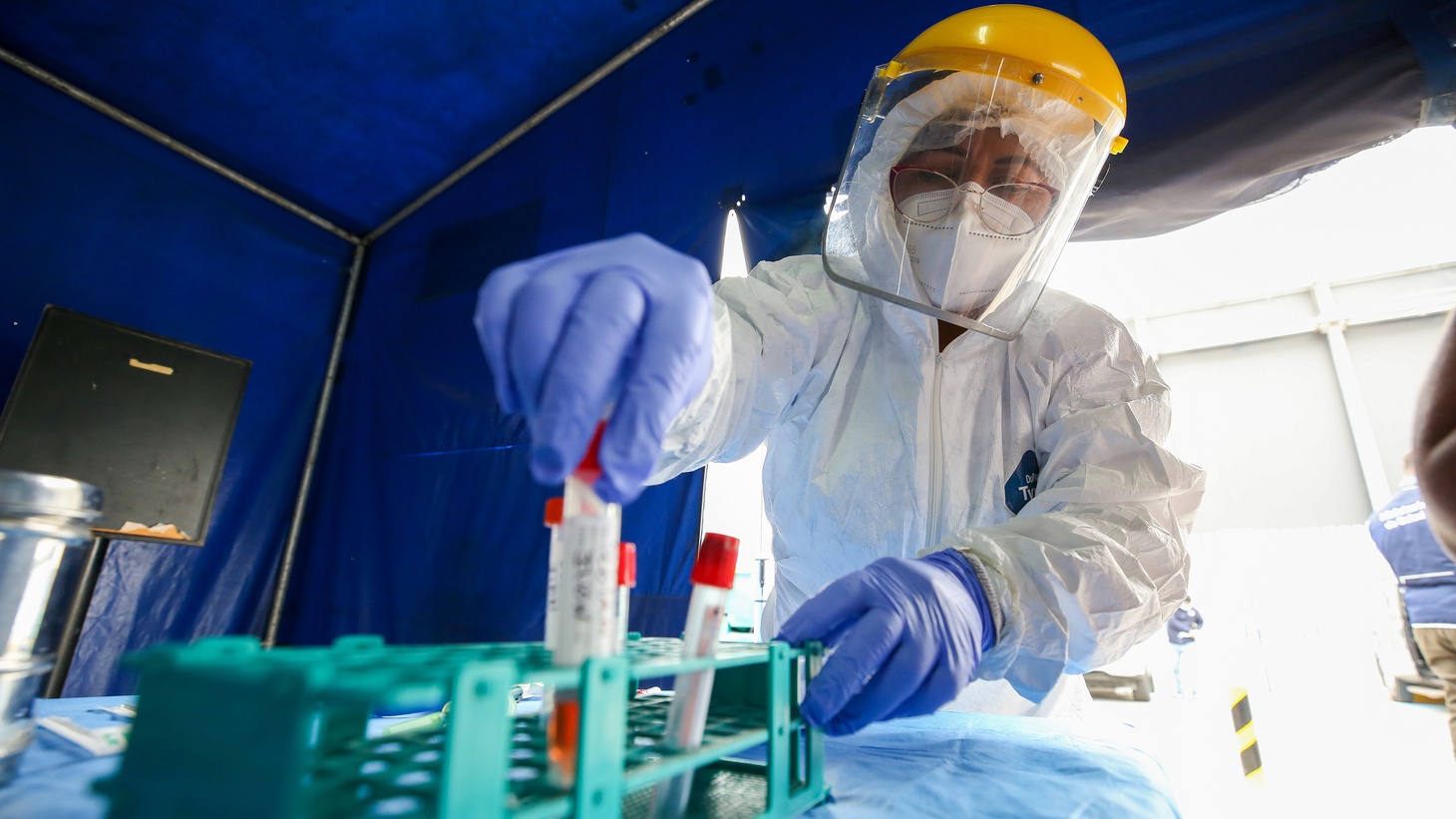 “[Monkeypox] is scary because it feels like it came out of nowhere and is predominantly in a patient population that's already had a fair share of health issues,” says LA LGBT Center Chief Medical Officer Dr. Kaiyti Duffy. Photo by ULAN/Pool / Latin America News Agency via Reuters.

While COVID-19 continues to be top of mind for public health officials, dozens of monkeypox cases have been confirmed in LA so far, and they appear to be clustered among gay and bisexual men. LGBT advocates are calling for more action to address the virus and hope to avoid new stigmatization of the gay community.

Monkeypox definitely doesn’t present the same risk as COVID-19, but feels  scary because of how fast it appeared, says Dr. Kaiyti Duffy, the chief medical officer for the Los Angeles LGBT Center.

“It's scary because it feels like it came out of nowhere and is predominantly in a patient population that's already had a fair share of health issues,” Duffy tells KCRW.

While there are concerted efforts to not directly associate monkeypox with LGBT men, Duffy says it’s crucial to communicate that that’s the demographic currently directly impacted by the virus.

“When we say we want to avoid stigmatization, it goes beyond just stereotyping. Stigmatization can be really harmful and it can instill fears in folks,” she explains. “By centering this population, ensuring that we understand who is being affected is not only appropriate, but it's necessary.”

Duffy says public health officials who work directly with gay and bisexual men are educated in the signs and symptoms of monkeypox, and are crafting messaging that is culturally competent.

She adds that the medical community has learned from the AIDS crisis in how best to approach conversations around monkeypox. That includes talking about the virus openly and honestly.

“We're very explicit. There's no dancing around. We're talking exactly about the kind of contact that can increase risk of infection and the things people can do,” she says. “That's unique to our community, and has been learned from years and years and years of practice, and how to get better at talking to people about things that might be uncomfortable to talk about.”

Transmission and symptoms of monkeypox

Duffy says that unlike other sexually transmitted infections, monkeypox is not spread through general secretions, but by droplets or through prolonged skin-to-skin contact.

Skin lesions are greatly associated with the virus, but before those appear, Duffy says flu-like symptoms can emerge, such as chills, general body pains, and aches.

But she notes that in order to test for monkeypox, there must be lesions present. That’s because they’re swabbed and analyzed to figure out whether they’re caused by the virus.

“If somebody is in that early phase, where they're having fever, they're having chills, but there's nothing on their skin, then we're checking in with them,” Duffy explains. “If they can do a home COVID test, that's advisable. And the moment when they see any skin outbreaks, that's when they'll come in, and we can send the swabs and advise them to keep away from others until we know for sure what's happening with them.”

Vaccines are currently in short supply, so Duffy says to limit risk of exposure when possible. She recommends having conversations with sexual partners about recent illnesses, examining your skin after attending events with intimate contact, and taking note of any changes that may occur.