Last November, one of the worst wildfires in American history ripped through Paradise, Calif. The fire killed 85 people, destroyed more than 14,000 homes, and reduced the town to ashes.

Natalie Carmichel felt like she was at the end of her rope even before the fire hit. She had just ended a relationship with her partner, and learned that her business would have to close. When the flames came, she didn’t think she would make it out alive. 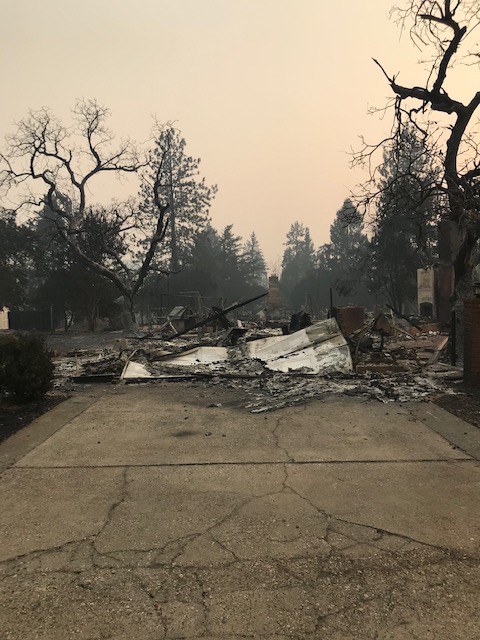 “I drove right into an inferno... And my friend was on the phone with me, walking me through everything,” she told KCRW. “I thought I was going to die… and he kept yelling ‘Natalie keep going.’ And I said, ‘There’s a fire on both sides of me.’”

After she got out, she traveled to Maui to heal, and ended up permanently moving there.

She looks at the experience as a lesson in faith. “When the worst thing ever happened to you... you think your world is over. But there's a light at the end of the darkness.” 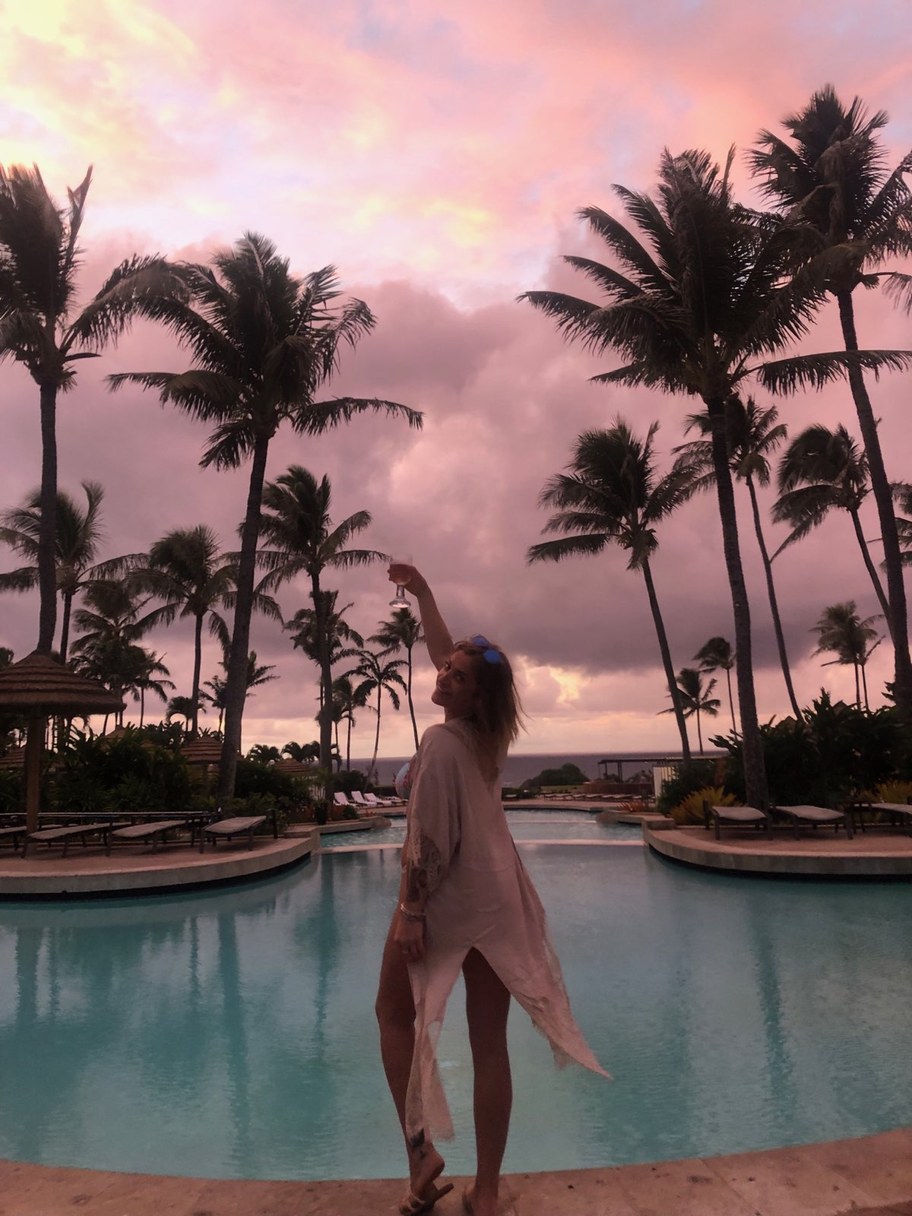 Not everyone chose to leave Paradise. The effort to raise a new city has been underway for almost a year, but there are challenges. The town’s population has shrunk. Remaining residents are concerned about air and water quality. There are frequent blackouts from this year’s fire season. Some people wonder whether going back is worthwhile.

Mayor Jody Jones says the town’s struggles have made the community more resilient.

“We're pioneers. It's a lot of work,” she says. “There's a lot of bureaucracy... A lot of people are living in RVs while they're building homes. And then you have these public safety power shutoffs. Even though we're dealing with all of this right now, we can see an end to it.” 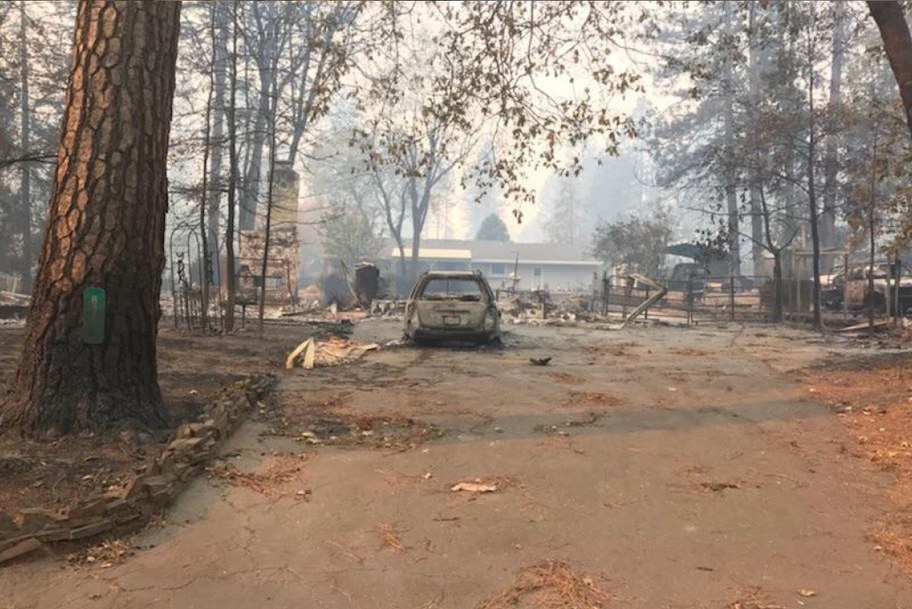 Vickie Waid-Sinclaire returned to Paradise six weeks after the fire, and recently moved into her newly reconstructed home. She says she initially didn’t want to return, but after visiting her charred lot, she found inner peace.

“Anywhere you go is a gamble. And if you live your life by the what-ifs, you’re never really going to enjoy anything,” she says. “We just don’t want to be forgotten.” 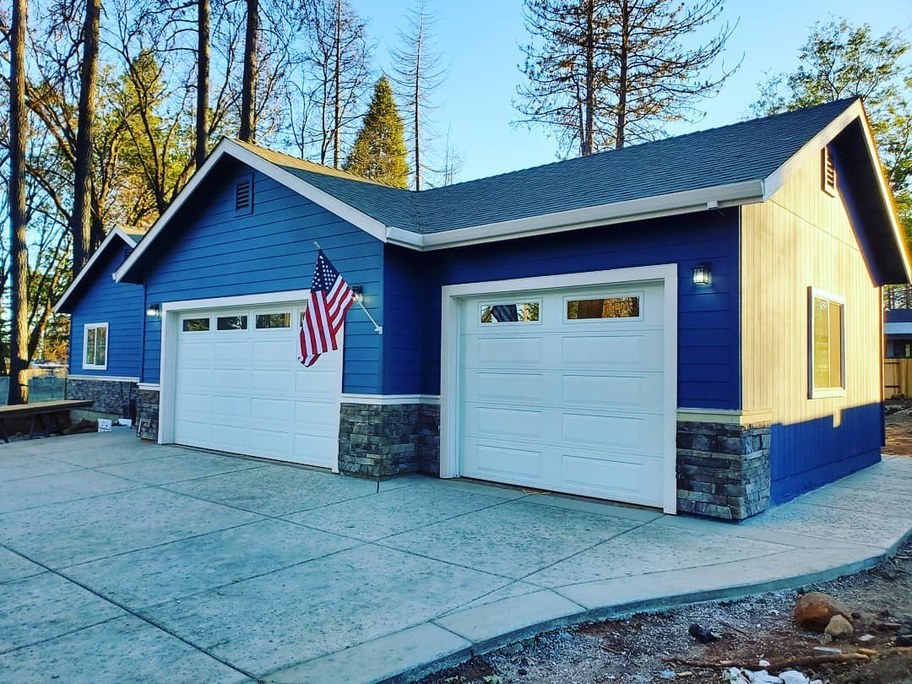