‘They put us through hell’: 2 years after Thomas Fire, an Ojai resident gets insurance money to rebuild Dawn Ceniceros’ property is cleaned of debris but, two years after the Thomas Fire, she hasn’t been able to start rebuilding her home. Photo credit: Kathryn Barnes/KCRW

It’s been two years since the Thomas Fire erupted in Ventura County. At the time, it was the largest wildfire in modern California history, burning 281,000 acres and destroying roughly 1,000 homes, including Dawn Ceniceros and her husband’s Ojai residence.

“I was vacuuming my house before we evacuated because the winds had blown ashes, and so I didn’t want to come home to a mess,” she said.

She and her husband now live in an RV on their property, just off Highway 33 in Matilija Canyon. 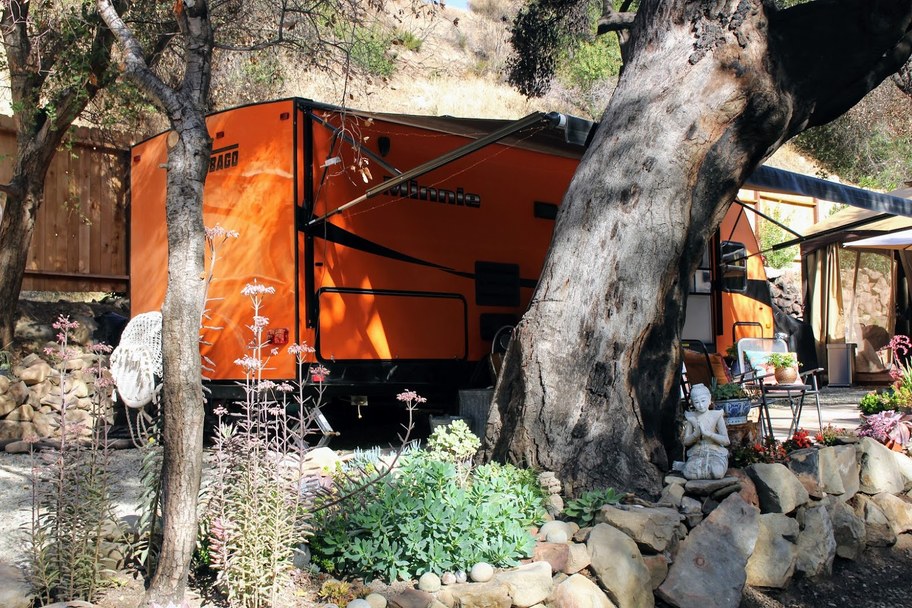 Ceniceros was able to buy an RV to live in through the nonprofit Help of Ojai. Photo credit: Kathryn Barnes/KCRW

Two months ago, their insurance company approved their claim.

“It’s been a real struggle trying to collect from them. It took talking to Assemblywoman Monique Limon and putting a complaint in to the insurance commissioner,” she said. “They put us through hell. The mental struggle as well as the financial struggle, I just don’t know why, other than to profit off the interest of holding our money.”

Now that the bank is releasing the first funds, she and her husband can start the permitting process. Ceniceros says their new home will be much more fireproof than their old one.

“A lot of stone, definitely. There will be no wooden decks like we had before. We certainly don’t want to go through this again.”

“It continues to get you, especially this time of year. Not having your traditional Christmas surroundings and possessions that made the holidays special. You feel that.”

For those still waiting for their insurance claims to get approved, she recommends calling your state assembly person and the insurance commissioner’s office.

“No one should have to be put through this. I wish we would have stood up for ourselves a little stronger, sooner. Don’t let them bring you down. You just have to fight.”