COVID misinfo: How cannabis became the left's version of Ivermectin 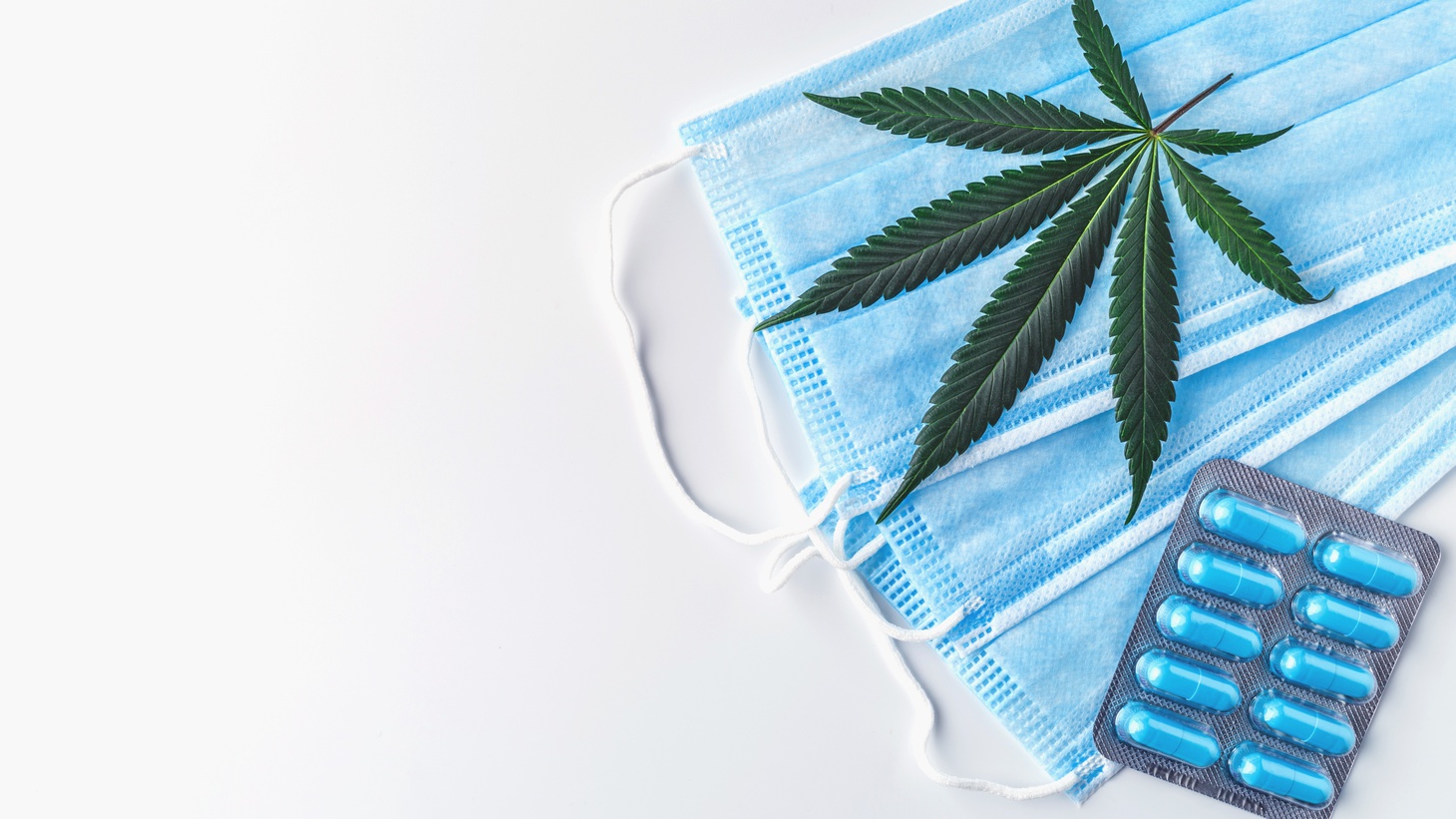 Smoking a joint or taking CBD won’t stop the pandemic, but that cannabis rumor is the latest piece of medical misinformation that’s making the rounds on the internet. “This story sort of turned into the left's version of Ivermectin or Hydroxychloroquine,” says Leafly Senior Editor David Downs. Photo by Shutterstock.

However, other scientists and people working in the cannabis industry say  — not so fast.

Leafly Senior Editor David Downs breaks down the study and why medical misinformation on cannabis spreads so quickly.

What did the scientists find in the study?

David Downs: We need to start off by saying smoking a joint or taking CBD, also known as cannabidiol, does not prevent or treat COVID. We have meaningful treatments for that.

What happened was the Journal of Natural Products published a paper that found two compounds in cannabis, cannabidiolic acid and cannabigerolic acid, seem to inhibit the entry of SARS-CoV-2 into cells in a petri dish.

This was not a human trial. This was not an animal trial. And the concentrations in those cells were so high, it [would] be a beggar's belief that a human being would be eating enough CBD to get any protective measure out of this.

This story sort of turned into the left's version of Ivermectin or Hydroxychloroquine. It flew into these choppy waters where people have hardened positions on both sides with regard to the efficacy of conventional coronavirus treatments, versus suspicion about the ongoing pandemic and our efforts to intervene on it.

Did this study go viral because people misunderstood it, or was it intentional misinformation?

It was two sexy stories that came together at a ripe time in the news ecosystem — COVID and legal cannabis.

We have a medical cannabis misinformation ecosystem already built in America that dovetails into the health misinformation industry. So when a paper comes out, there's this impetus to get a sensational blog post up to start driving page views to that story first, and those page views directly translate into dollars.

We've seen various medical cannabis stories blow up like this since the inception of medical cannabis legalization here in California in 1996. It's a very refined misinformation ecosystem, and now more than ever, that ecosystem is contested.

There was actually a second study that came out after the first one. And it looked at surveys of people who had [already] been on CBD and whether they had a COVID infection. They did find a loose correlation between people currently on CBD and the lower infection rate and lower test positivity rate.

But Americans seem to misunderstand that correlation does not equal causation. This CBD-taking subpopulation might have been healthier or more health conscious, and that might be driving some of that effect in the survey results.

Does CBD have any potential immune-boosting qualities?

There's probably something there with regard to cannabinoids and their antiviral activity. We've had papers that have been showing evidence of that since the AIDS crisis and medical marijuana in California.

We know that cannabinoids can have antiviral capabilities, and they can help your body control inflammation, and viruses exploit the body's inflammatory response and their immune response to replicate.

The issue is all of this is federally-controlled Schedule I drug data and drug testing. So if you want to actually research cannabinoids for their efficacy, you're going to be jumping through hoops.

Potheads can be recreational conspiracy theorists, but they were pushed out of the medical mainstream first. Uncle Sam has lied to consumers about cannabis efficacy and safety for decades. It engenders this distrust among the cannabis community, making them more likely to jump on to news like this.

Who is driving the medical misinformation around cannabis?

I would go straight to social media. These guys have a fiduciary duty to increase engagement because engagement equals money. And there's certainly a lot of engagement to be done around theorizing on the efficacy of alternative treatments to any kind of medicine.

These algorithms have sort of put people in their holes, and they're seeing what they want to see and when they see it. It confirms their biases. It creates a sort of feedback loop.

Then there are members of the media that are not doing due diligence, who are overstating the case and ready to jump on the next paper. It's up to the consumer to understand the source and weigh the credibility of the information, which unfortunately, American consumers are not very sophisticated at doing.

How does wellness culture play into the cannabis medical information?

Before there was “cannabis cures COVID,” there was “cannabis cures cancer.” We had to push back on that statement. In general, the position [scientists have] landed on is that cannabis can be a palliative adjunct to conventional cancer treatment. But you don't want to miss out on your cancer treatment, your early screenings and your checkups because that's going to be the real difference as to whether or not you survive an illness.

Cannabis and CBD have legitimate medical uses for people with seizure disorders, glaucoma and more. Where is the line between actual treatment and sensational scam?

New York just this week opened its qualifying conditions for medical marijuana from a narrow list that included HIV and AIDS to “any” condition for which a physician deems it's appropriate.

We're at the dawn of medical cannabis science, and there's just this tendency to put the cart before the horse.