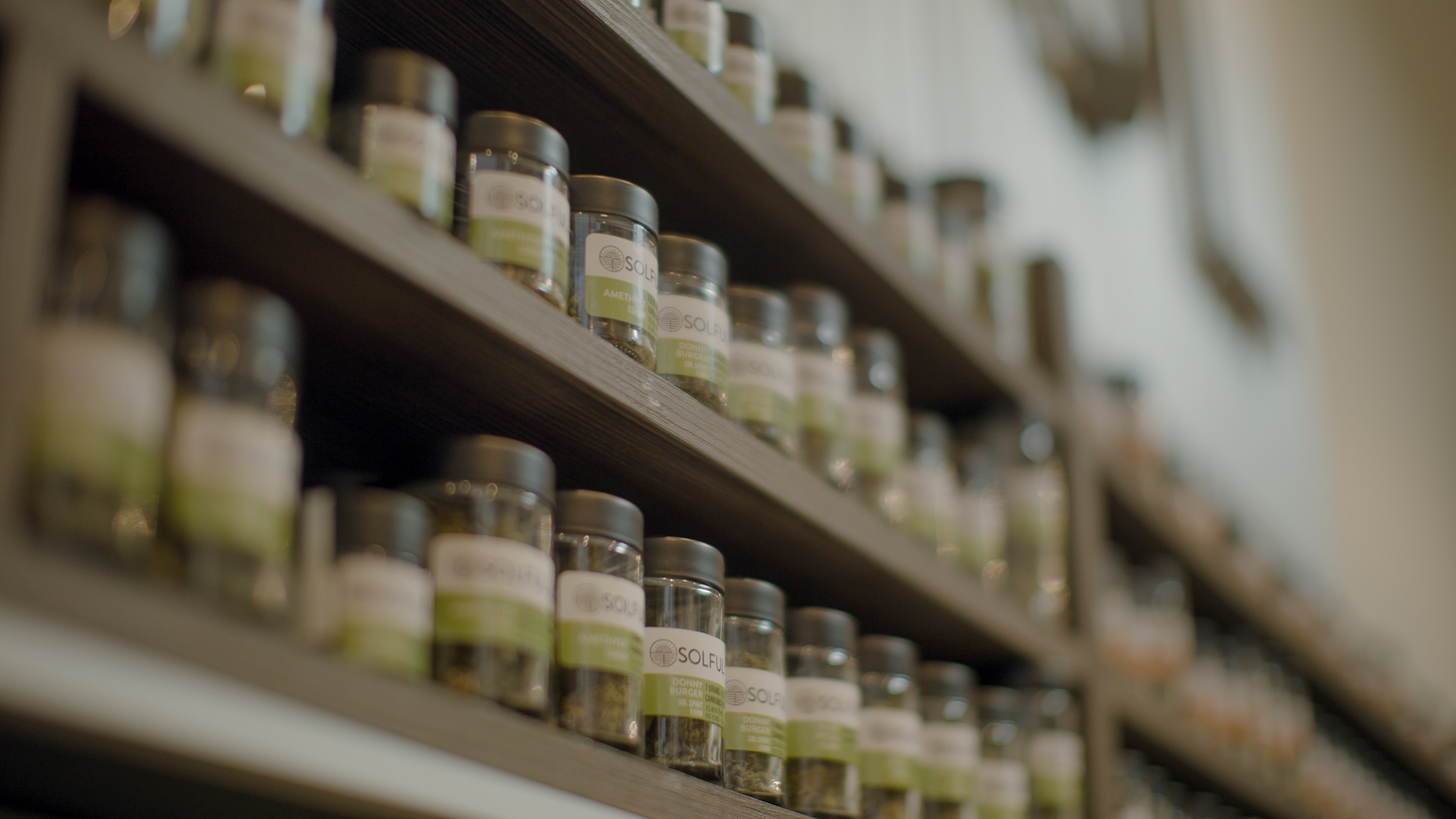 Cannabis is organized by dominant terpenes and reputed effects instead of indica, sativa, and hybrid at a dispensary called “Solful” in Sebastopol, California. “The indica-sativa-hybrid classification system may be not very helpful when it comes to determining the actual effect of the cannabis you're taking,” says Leafly Senior Editor David Downs. Photo by Leafly.

When you walk into your neighborhood pot shop, you've got three basic choices: indica, sativa or a  hybrid of the two.

However, what you see might not be what you get. The most common ways cannabis strains are categorized could be misleading, according to a new study. Leafly Senior Editor David Downs breaks down how inaccurate product labeling can be.

What are indica, sativa and hybrids?

David Downs: They were the three basic ways we used to classify pot when it was just pot.

There [were] some initial morphological differences in those plants that growers thought mapped to different chemicals in the plants and thus, different effects in the plants. That's why we ended up with indica, sativa and hybrid as the three broad categorizations you'll see when you go into a dispensary and look at a menu.

What did the study find?

The indica-sativa-hybrid classification system may be not very helpful when it comes to determining the actual effect of the cannabis you're taking.

This new study was published in PLOS ONE by University of Colorado Boulder researchers as well as Leafly. It looked at 89,923 lab samples sent to cannabis labs in six states. Those labs analyzed the samples for THC and CBD, the main active ingredients in cannabis, as well as the terpenes, the aromatic molecules, to see if those samples correlated with the labels for indica, sativa and hybrids.

It then [looked at] the specific strain names, like Blue Dream, of which there are 6,000 or more in the Leafly database.

What about strain names?

They don't line up with the indica, sativa and hybrid designations, but strain names can correlate to the terpenes and the THC, and thus the effects in cannabis.

Really popular strains like Purple Punch or White Tahoe Cookies generally have the same chemotype wherever you buy it, but older strains that have drifted over time like a Tangie or a Durban have less of that correlation.

Instead, the study found that there are three main terpene types or clusters across all cannabis in America that are only loosely related to indica, sativa and hybrid.

Any caveats to the study?

We're learning that not all terpenes are created equal. Minor ones may have outsize effects compared to their weight, and people's bodies are different.

Another caveat is that there's more than terpenes in cannabis, and they're not necessarily being tested. Scientists are finding things like volatile sulfur compounds, or phenols. Lab standards also vary. We're very much in the infancy of cannabis science.

What does this mean for consumers?

I think the big takeaway is to know THC. You're gonna see a THC percentage on things, and that THC percentage really does drive a lot of the effects of cannabis in terms of the high or the euphoria.

Some people say, “I don't enjoy marijuana. I don't enjoy how it makes me feel.” That's usually related to the THC content in it, which can be up to like 25 to 30% now, and really high. Those people might want to try the second most common cannabinoid in marijuana, cannabidiol, which has a different effect at the nerve level than THC.

If indica, sativa and hybrid are working for you, that's fine. But if it's not, there's another layer you can go down, and that is into the terpenes where you might find things that do work for you better than the old classification system.

How can consumers know what they are buying?

One thing I'm telling people is to follow your nose. Your nose is very sensitive and powerful, and it's really associated with memory. You're going to have a memory feeling for what's good or bad in terms of your past experience with cannabis.

Another one is to get fresh cannabis. Look at those terpenes to find correlations with effect but, also now look at the manufacturer's date.

There's more old cannabis on shelves in legal stores than ever. You want to look for fresh cannabis because it's an agricultural product, and it's degrading over time. Even if you're right in the ballpark for the terpenes you want, if that jar is 6 months old, those terpenes might be long gone.