Back to school means back to SoCal traffic. That’s not always a bad thing for this traffic reporter As LAUSD campuses reopened on August 16, roads got clogged. “We have over 25,000 teachers all getting back on the roadways. There are about 50,000 staff. All of them getting back to school — it definitely impacts the morning and afternoon commute,” says traffic reporter Meghan Reyes. Photo by Shutterstock.

The resumption of in-person learning for the Los Angeles Unified School District is already affecting roadways as student drop-offs and pick-ups are being arranged once again for many of the district’s 600,000 students. While many parents behind the wheel may feel the frustration, at least one person was delighted to see the local freeways getting jammed up again.

“There was this vibe of excitement and eagerness,” says Meghan Reyes, a helicopter reporter for NBC Los Angeles.

Looking at the roads from the air, she could tell Monday was the first day of school. “We did see a lot more traffic,” says Reyes, who adds that LAUSD always had a big impact on freeways, even pre-pandemic.

“LAUSD is the second-largest school district. We have over 25,000 teachers all getting back on the roadways. There are about 50,000 staff. All of them getting back to school — it definitely impacts the morning and afternoon commute.”

Reyes has more than 20 years of experience as a traffic reporter, and she warns that there will be more congestion on surface streets as drivers try to avoid jams on the freeways, which will have heavier a.m. volumes on the westside (the 10, the 210, and the 60).

“We most likely will see more accidents in the morning. But they won't be as severe because vehicles will not be able to be traveling as fast as they were during the pandemic.”

Due to packed roads and slower speeds, Reyes is cautiously hopeful that fewer deadly crashes will happen.

Then in the afternoon, Reyes believes drivers will see a lot of delays for the eastbound and outbound commutes home. 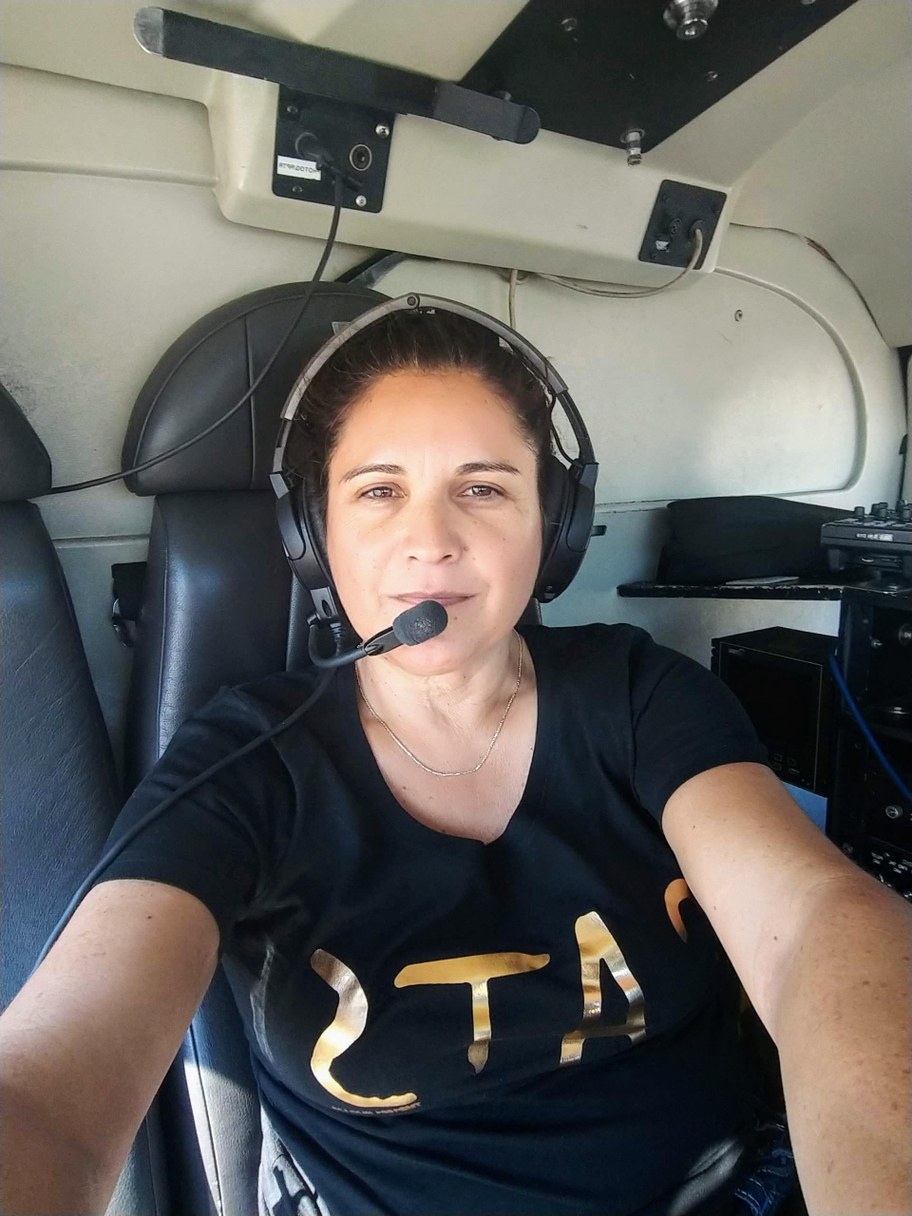 Meghan Reyes takes a selfie in her helicopter. She says she felt excitement and eagerness when seeing more cars hit the road during LAUSD’s first day of school on August 16. Photo by Meghan Reyes.

School buses and public transportation may be an option to some, but Reyes doesn’t believe they would get to their destinations faster than cars. “Those school buses that transport children to and from their schools, they are using the same freeways and the same surface streets. … They are going to experience the same type of commute.”