Unofficial ballot boxes will not have the large print that indicates "Official Ballot Drop Box." They look like this grey metal drop box seen outside of a Freedom’s Way Baptist Church in Canyon Country. Photo by KCAL9.

State officials are cracking down on unofficial ballot drop boxes placed by Republicans in LA, Orange, and Fresno counties.

Secretary of State Alex Padilla says he has sent cease-and-desist letters to the California Republican Party as well as some local GOP groups, ordering their removal.

Photos surfaced this weekend on social media of some makeshift boxes that were wrongly labeled as “official.”

“These boxes are not the same as county election drop boxes that are required to meet state security standards as well as other regulations, including the regular retrieval of ballots delivered to those boxes by voters,” Padilla said during a Monday press conference. “Unauthorized, unofficial drop boxes are not permitted by state law and to misrepresent these boxes further misleads voters and erodes the public trust.”

A spokesman for the California Republican Party has argued that under a 2016 state law anyone can collect ballots via a receptacle like a metal filing cabinet.

California Attorney General Xavier Becerra says that’s wrong and he issued this warning to anyone attempting to gather ballots: “They are subject to prosecution for engaging in activities that are against the law in the state of California.”

How can you tell if a ballot drop box is “official?”

The real ones are designed to meet state standards for security, and bear the official logo and seal of the county. They weigh nearly one thousand pounds and are bolted to the cement. 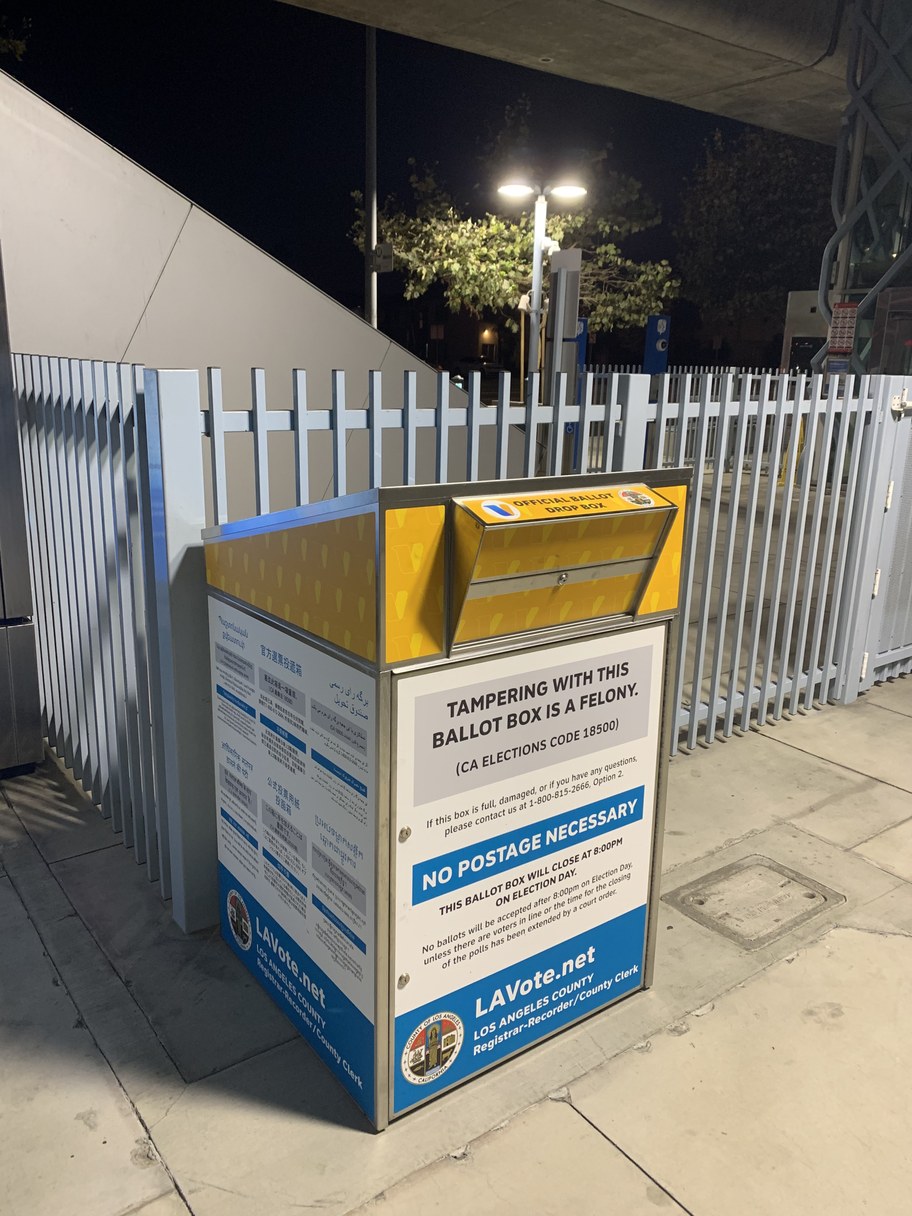 Election officials say official drop boxes are secure, accessible and contact-free. When you go to drop your ballot in, the slot only opens a couple centimeters to prevent tampering.

The unofficial ballot boxes look like this grey metal drop box seen outside of a Freedom’s Way Baptist Church in Canyon Country.

All official drop boxes in Orange County are listed at OCvote.com.

Neal Kelley, the OC’s top election official, said the legit boxes have been hugely popular, with tens of thousands of voters already using them. "'We're 450% ahead of this same point in 2016,'" he said. "'I've never seen anything like it. A couple of days after mailing the ballots they're being returned. That's unheard of.'"

There have been recent reports of groups promoting unofficial ballot drop boxes that are not affiliated with Orange County, CA Elections. Voters who want to return their ballot at a drop box should only use official drop boxes. View the press release at https://t.co/rZGjhYKii0 pic.twitter.com/0f1MJrx3Hm

In Los Angeles, there are 400 mail ballot drop boxes around the county. You can find one near you by going to LAvote.net.

Why’s this so crucial? Because a record 21 million Californians received a mail-in ballot and there are concerns about postal service reliability, so the proper procedures for dropping off ballots is more important than ever.

If you encounter an “unofficial” box, you can report it to your local county registrar.