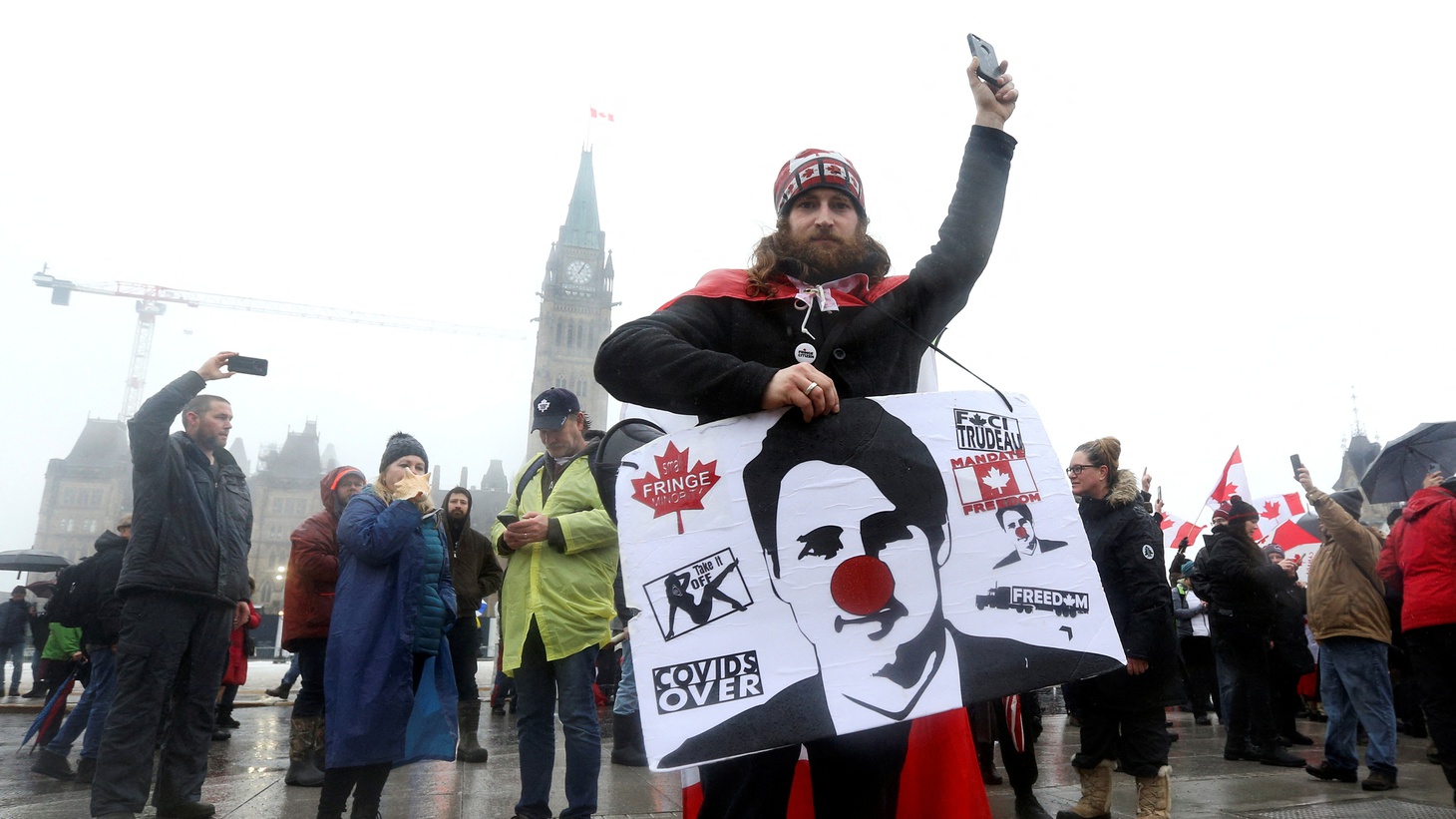 A person holds a sign of Canada's Prime Minister Justin Trudeau on Parliament Hill, as truckers and their supporters continue to protest COVID-19 vaccine mandates, in Ottawa, Canada, Feb. 17, 2022. Photo by Lars Hagbers/Reuters.

Canada’s having some close encounters of a truckish kind. For three weeks now, a convoy of truck drivers have occupied major cities north of the border and blocked trade in protest of vaccine mandates for truckers. They’ve gained support from many prominent right-wing figures in the United States, including former President Donald Trump.

Do the protests signify freedom of expression against authoritarianism, or do they cross a line and are more about making a partisan point?

Next: Senate Majority Leader Mitch McConnell is calling for the Republican party to break with former President Trump before the midterms — can they do it? Are Democrats going to benefit from the identity crisis on the right?

Then: Vermont Sen. Bernie Sanders calls for empathy for Putin, and suggests a radical solution to the crisis on the Ukrainian border – shutting the country out of NATO forever. But is that going to defuse Russia’s territorial aspirations? And can Democrats walk the tightrope between looking soft on Russia and outright war?