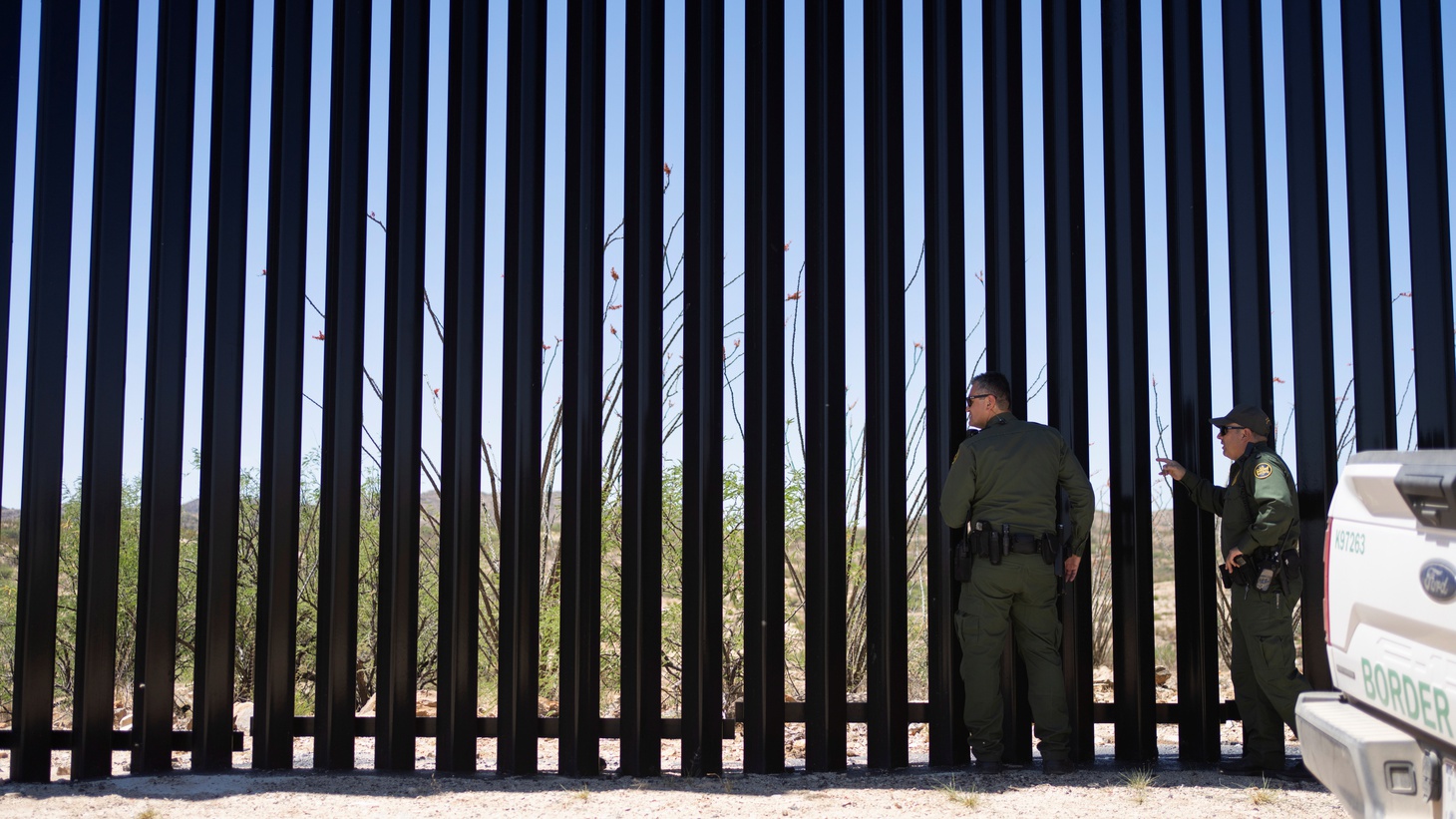 U.S. Customs and Border Protection agent and public information officer Jesus Vasavilbaso, center right, and supervisory agent Carlos Ruiz, right, look for members of the Mexico National Guard Performing a mirror patrol on the other side of the U.S.-Mexico border near Sasabe, Arizona, U.S., May 10, 2022. Photo by Rebecca Noble/Reuters.

Despite protests and promises of change, violent acts from police officers and scandals in law enforcement agencies seem to continuously dot the headlines. That’s according to Christy E. Lopez, columnist at the Washington Post, in her recent LA Times column, “A dismissal at Customs and Border Protection shows how hard law enforcement reform can be.”

She joins as this week’s special guest to discuss U.S. Customs and Border Protection Commissioner Chris Magnus’ departure from his position last month after just a year on the job. Known as a reformer, the Biden administration hired Magnus to help address the corruption, racism, and violence among border patrol agents.

But more than a dozen House Republicans wrote to the White House, asking for Magnus to go. Though he said he was leaving due to differences with leadership at Homeland Security.

With Magnus gone, an agency that has faced criticism from both Democrats and Republicans needs new direction. What are the broader implications of his exit? And does his absence reveal the difficulties of reforming a law enforcement agency from the inside?

Plus, antisemitic comments and hate crimes are rising in the United States. Even political leaders, like Pennsylvania Republican gubernatorial candidate Doug Mastriano, and public figures, like the rapper formerly known as Kanye West, are making hateful statements. Why is antisemitism rearing its’ head again and how can we stop its’ spread?

And the World Cup is in full swing with exciting matches on the pitch and political drama behind the scenes. Should athletes focus on their sport or do they carry a responsibility to speak for or against their government? And how does a worldwide competition affect geopolitical relationships?