Dems take the Georgia runoff. What’s the strategy for 2024? 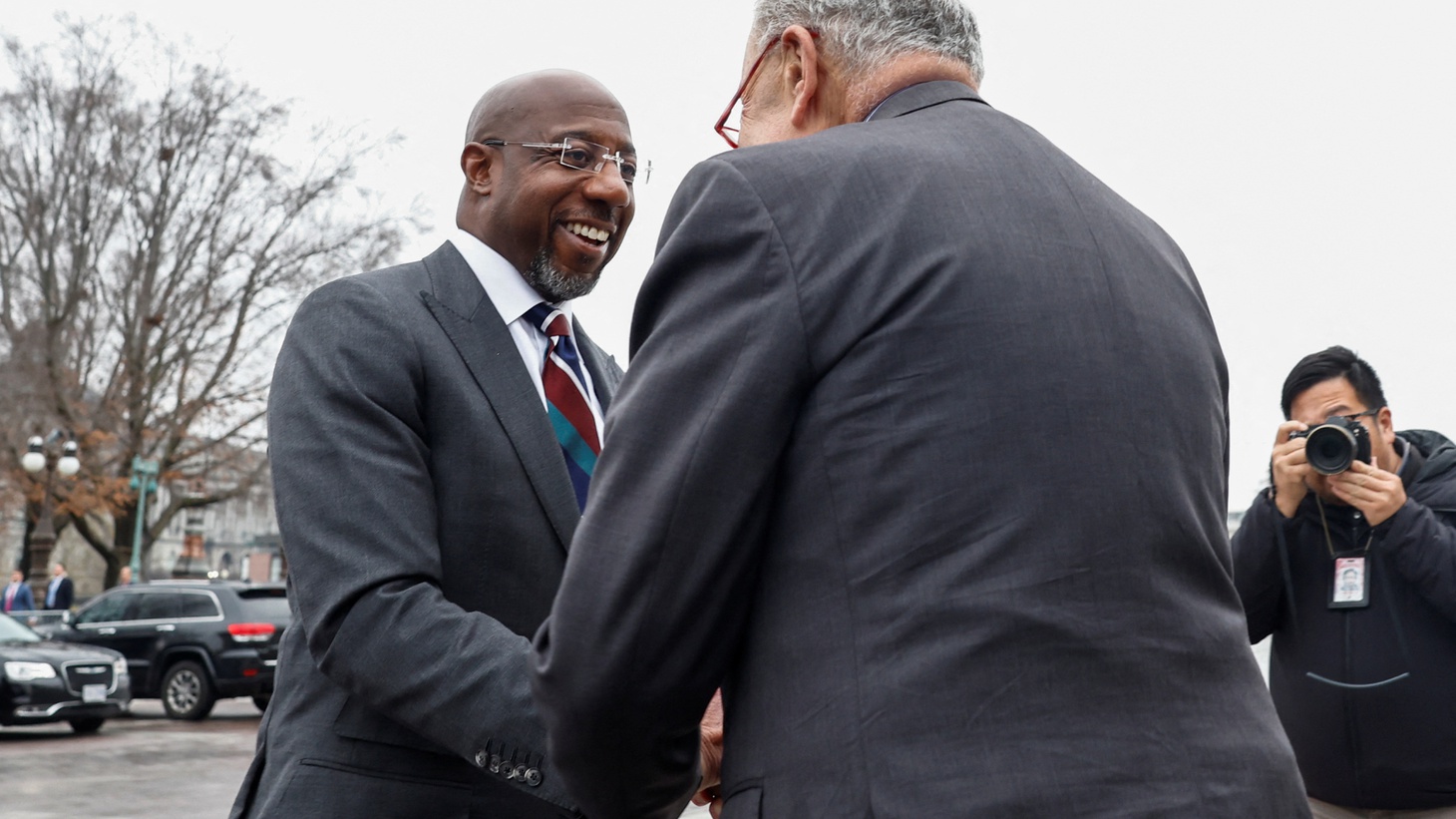 U.S. Senator Raphael Warnock (D-GA) is greeted by Senate Majority Leader Chuck Schumer (D-NY) at the Senate steps of the U.S. Capitol on Capitol Hill as Warnock returns to the Senate one day after defeating Republican challenger Herschel Walker in a Georgia runoff, in Washington, U.S., December 7, 2022. Photo by Evelyn Hockstein/Reuters.

After the recent win by Raphael Warnock in Georgia, Democrats will hang onto control of the Senate by a slightly larger margin. Warnock beat Republican Hershel Walker in Georgia’s runoff with a 51% to 49% lead…giving Democrats a 51-49 edge in the Senate.

Though Democrats had already secured the Senate majority, this race may have bolstered the narrative that former President Donald Trump is losing influence on the right. Walker was yet another one of Trump’s hand-picked candidates to be defeated.

But what actually decided the race? Was it candidate quality? And will Trump really be stripped of his sway in the Republican party?

Plus, a significant percentage of Georgia voters split their ticket by voting for Republican Brian Kemp for governor but Warnock for Senate. Is Georgia truly turning purple, or was this race too close to make that assumption?

Host David Greene discusses with Mo Elleithee, executive director of Georgetown University’s Institute of Politics and Public Service, on the left; and Sarah Isgur, staff writer at The Dispatch, on the right. And, special guest Stephen Fowler, political reporter for Georgia Public Broadcast, weighs in on how the messaging from each side played with Georgian voters.

Meanwhile, both Republicans and Democrats are doing some soul searching with the midterms officially over. What lessons are both sides taking away from this runoff? And how are they preparing for 2024?

Also, the Democratic National Convention (DNC) is trying to change which states cast their ballots first in a presidential primary election. Iowa is out, and the DNC is looking to move South Carolina to the first slot. Will this actually prioritize Black voters, as committee member Donna Brazile proclaimed. Or does this calendar give President Joe Biden and Democrats an advantage?

And Brittney Griner is free. The WBNA star was convicted for carrying cannabis cartridges in her luggage and held in a Russian penal colony for most of the year. Now, she will return home in exchange for the U.S. releasing convicted Russian arms dealer Viktor Bout, nicknamed the Merchant of Death. Was this prisoner swap worth the risk for the Biden administration? And what can Americans read into this?