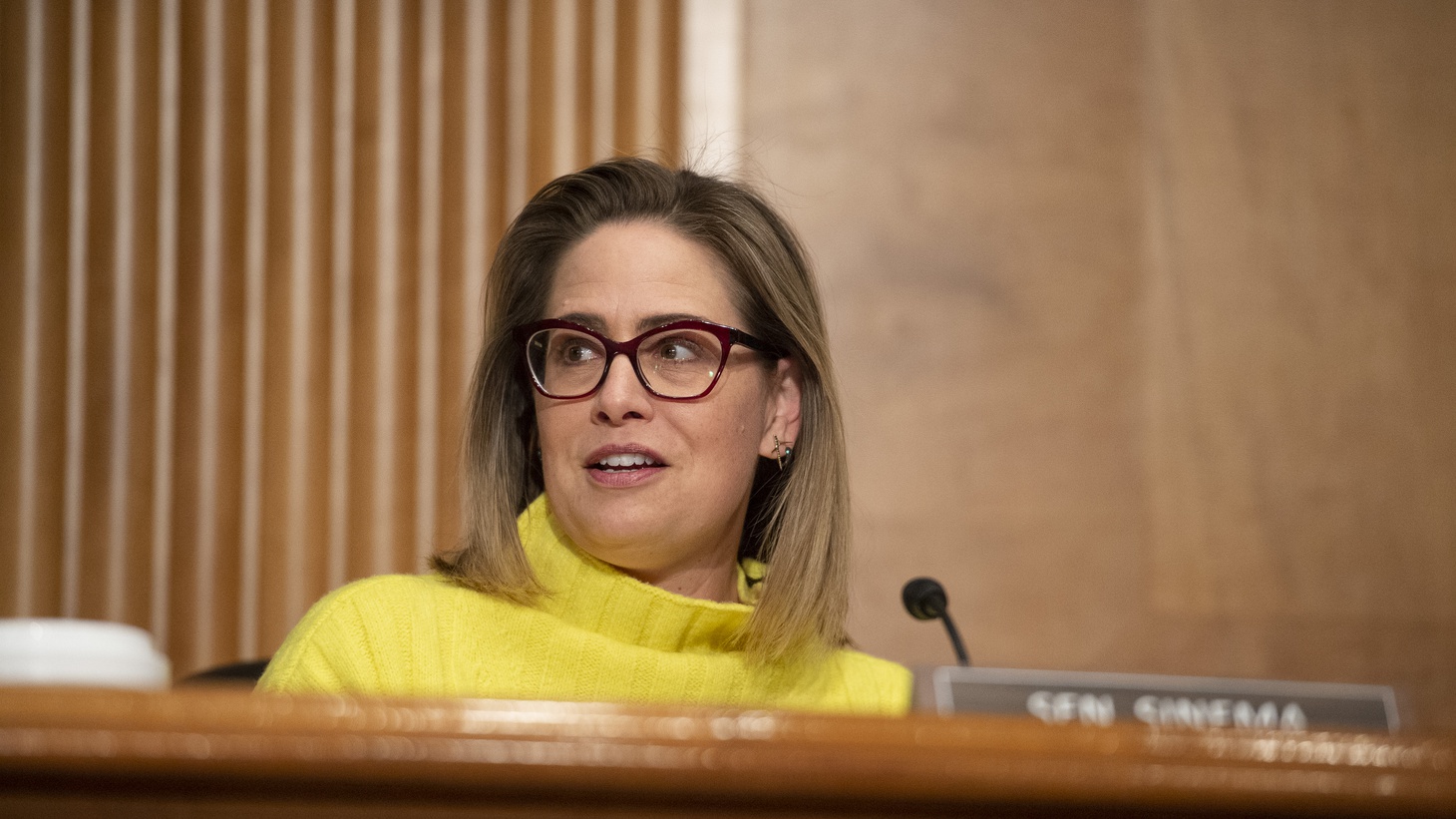 Sen. Krysten Sinema, I-AZ, speaks during a hearing to examine nominations of Shalanda D. Young, from Louisiana, and Nani Coloretti, from California, at the US Capitol in Washington, DC on Tuesday, February 1, 2022. Photo by Bonnie Cash/Pool/Sipa USA

In yet another alteration to the new balance of power in the Senate, Arizona’s Krysten Sinema announced she is leaving the Democratic Party and is now an Independent.

Sinema claims this move will help her represent her constituents. But her approval ratings among Democrats in Arizona have been dropping for months because many voters feel she betrayed them for her own interests. She’s vulnerable to a primary challenge in two years if she runs. Was going Independent her only option?

This change is unlikely to affect the Democrats’ control of the chamber. But this forces the party to decide if they will back Sinema’s reelection campaign in 2024 or if they’ll throw their support behind a real Democrat. Would the party risk splitting votes? How could Republicans use this to their advantage?

Sinema’s announcement also demonstrates how much easier it is now for individual politicians to go against their party or their agenda. What does the democratization of politics mean for the future of both parties? Are the Democrats and Republicans getting weaker?

Plus, German intelligence intercepted a scheme by an extreme right wing group to overthrow the government. The plot had ties to conspiracy theories and right wing doctrine that is proliferating in the U.S.

What did this plot have in common with the January 6th insurrection in the U.S.? What’s the connection between ultra-right-wing politicians and political violence? And what does “far right” or “far left” even mean?

Host David Greene discusses with Mo Elleithee, executive director of Georgetown University’s Institute of Politics and Public Service, on the left; and Sarah Isgur, staff writer at The Dispatch, on the right. They weigh in on how social media and recent media layoffs are making news less reliable and misinformation more prominent.