Crime, inflation, democracy loom over midterms: What will sway voters? 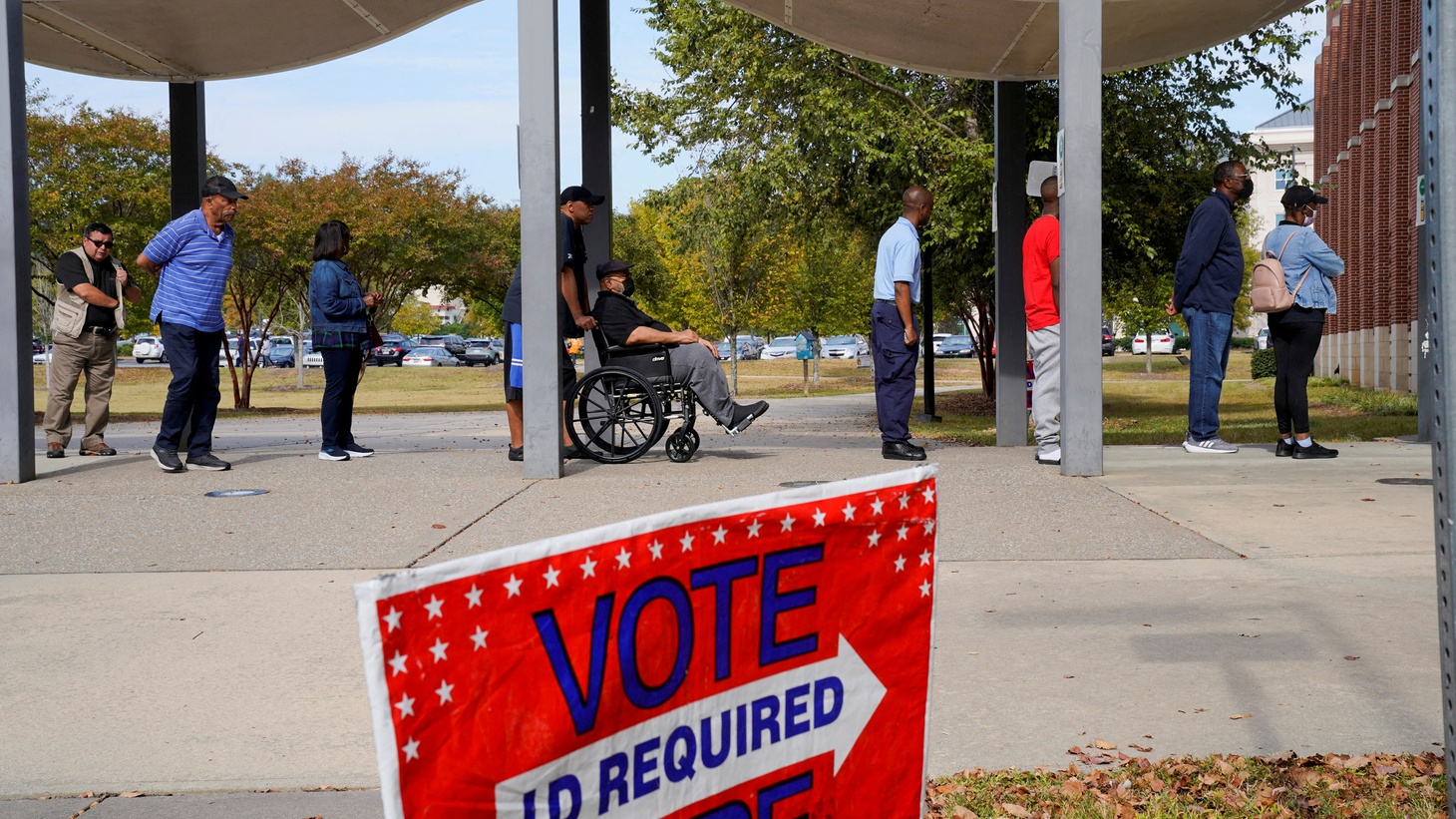 A line of early voters stretches outside the building as early voting begins for the midterm elections at the Citizens Service Center in Columbus, Georgia, U.S., October 17, 2022. Photo by Cheney Orr/Reuters.

With only a few days before midterm elections, a number of key races across the country are heating up, putting the capital’s balance of power on the ballot.

A recent NPR/PBS Newshour/Marist national poll shows the country has swung by six points in favor of Republican candidates, who are now more confident they can take control of the House.

For Democrats, who are trying to hold onto their slim majority, a loss of control could bring their agenda to a standstill. But would this give President Biden more freedom to negotiate with less pressure to please his party?

This week, Biden delivered a speech and said this election is specifically about our democracy, addressing the hundreds of election deniers running for office across the country. But many voters say the price of gas, inflation and the economy are their top issues this cycle.

While it made sense for Biden to speak about preserving democracy, should he have addressed the economy or inflation? Will Democrats suffer at the ballot box for not laying out their vision for the economy?

Plus, the issue of crime in Wisconsin has taken center stage in the Senate race between incumbent Republican Ron Johnson and Democrat Mandela Barnes. Did progressive messaging around public safety and crime hurt Democrats?

And another significant Senate race in Nevada has Senator Catherine Cortez Mastro fighting to hold onto her seat against Republican Adam Laxalt. Are Democrats wrongfully assuming they’ve locked down the Latino vote? And will Republicans be able to peel off that voting bloc?

Also, a man broke into Speaker of the House Nancy Pelosi’s home in San Francisco last week with the intention of kidnapping her and breaking her kneecaps. While the Speaker was in D.C., the man attacked her husband, Paul, with a hammer and fractured his skull. How did Nancy Pelosi become a target for far-right extremists? And how can politicians ensure their words don’t lead to violence?

Special guest Molly Ball, national political correspondent at Time Magazine, weighs in on the rise of political violence and discusses her bestselling biography about the Speaker called “Pelosi.”