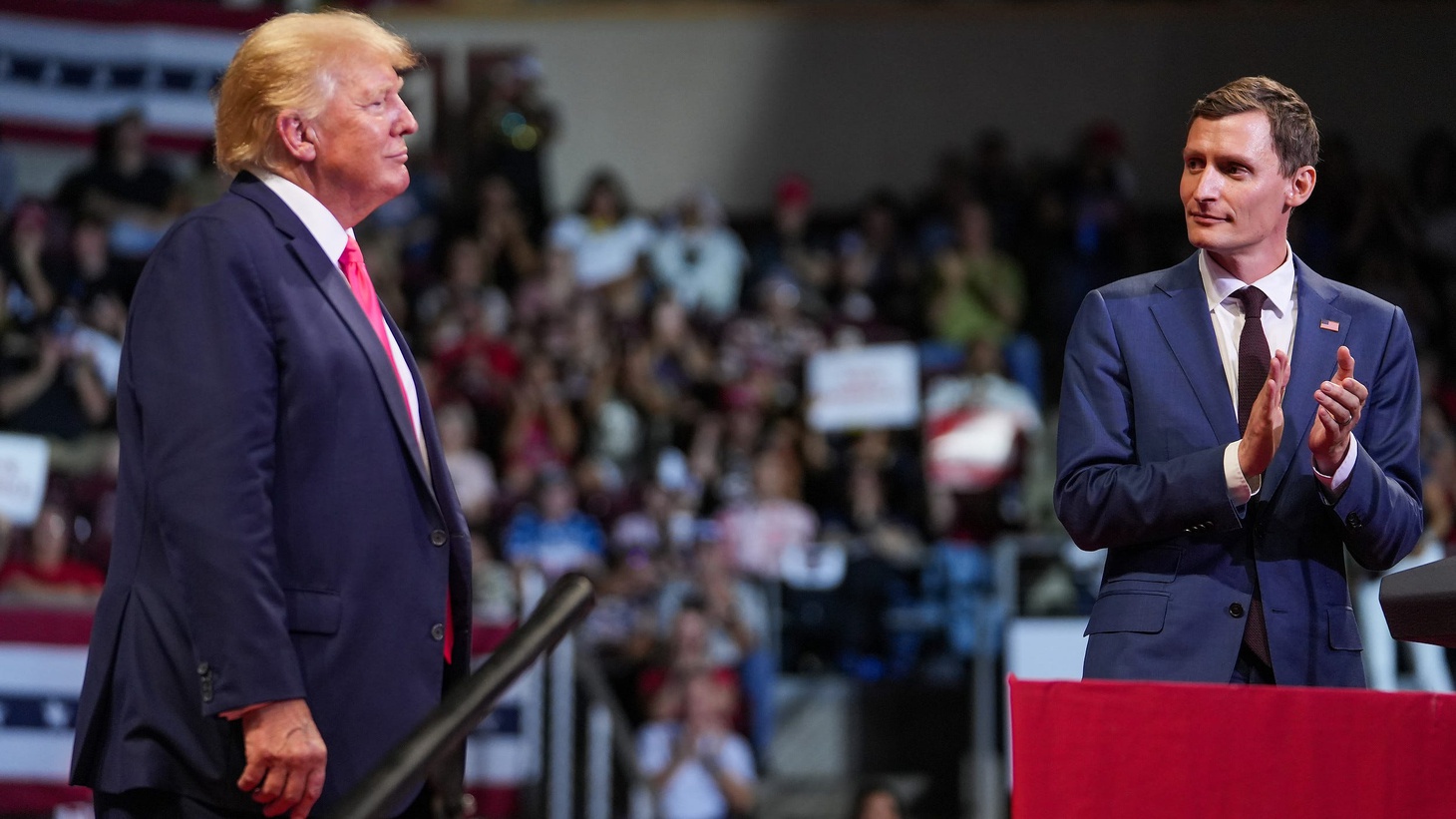 Blake Masters, candidate for U.S. Senate, right, speaks after being invited onstage by former President Donald Trump, left, during a Save America rally at the Findlay Toyota Center on July 22, 2022, in Prescott Valley. Photo by Antranik Tavitian/The Republic/USA TODAY NETWORK.

It was a good week for election deniers. Several Trump-backed candidates sealed primary wins in Arizona, Michigan and Missouri. This includes businessman Blake Masters, who’s vying for a Senate seat in Arizona and identifies as part of the “New Right.” Plus, Eric Schmitt won the GOP primary for Senate in Missouri. Both Masters and Schmitt have falsely denied the 2020 election results.

Meanwhile, the Democrats are hoping that a far-right candidate will be easier to beat in the November midterms. They supported some far-right candidates, including John Gibbs. Gibbs beat the more moderate incumbent, Representative Peter Meijer, who was one of the 10 Republicans who voted to impeach Trump.

What do those candidates’ wins say about the evolving Republican Party? Is this a wise plan for Democrats? And how does this affect voters’ faith in election integrity or democracy itself?

Plus, red-leaning Kansas overwhelmingly rejected a Constitutional amendment that would allow lawmakers to ban or restrict abortions. Will the messaging used by abortion rights groups in Kansas resonate with voters across the country in the midterms? Can Democrats capitalize on this momentum?

And was House Speaker Nancy Pelosi’s controversial trip to Taiwan bold or catastrophic?

Host David Greene discusses with Mo Elleithee, executive director of Georgetown University’s Institute of Politics and Public Service, on the left; Tara Setmayer, senior advisor at the Lincoln Project, on the right; and special guest, Shankar Vedantam, creator and host of the Hidden Brain podcast and author of “Useful Delusions: The Power and Paradox of the Self-Deceiving Brain.”