The Death of Justice Scalia and SC & Nevada Primaries The death of Justice Antonin Scalia brings on a debate of his legacy and about who should succeed him. Jamil Smith of MTV News says Scalia exhibited bigotry from the bench that undermined the humanity of his fellow citizens. Dahlia Lithwick of Slate.com says she finds it heartbreaking that a man can die in America and we can politicize everything from the pillow on his bed to who is attending his funeral. "It makes me think nobody would want a public life in America." His successor should be someone who has job experience, who has lived, run for office, worked in small buildings, she says. 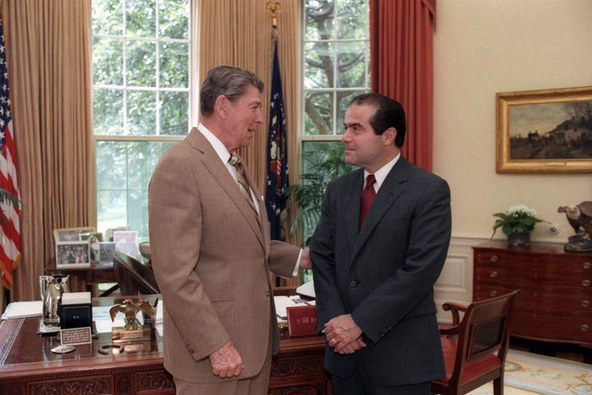 Heading into primaries in South Carolina and Nevada, host Todd Purdum asks, "Is Ted Cruz too mean to be president?" Rich Lowry says, "It helps if everyone you've ever met doesn't actually hate your guts." Should the Pope be allowed to question Donald Trump's Christianity for advocating for a wall between the United States and Mexico? Lowry says it's ironic for Trump to to offended when he is the one candidate who questions his fellow candidates' religions.

Todd Purdum (Politico Magazine and Vanity Fair) is our guest host. Rich Lowry (National Review) is on the Right. On the Left, Jamil Smith (MTV News). Dahlia Lithwick(Slate.com) is our special guest.