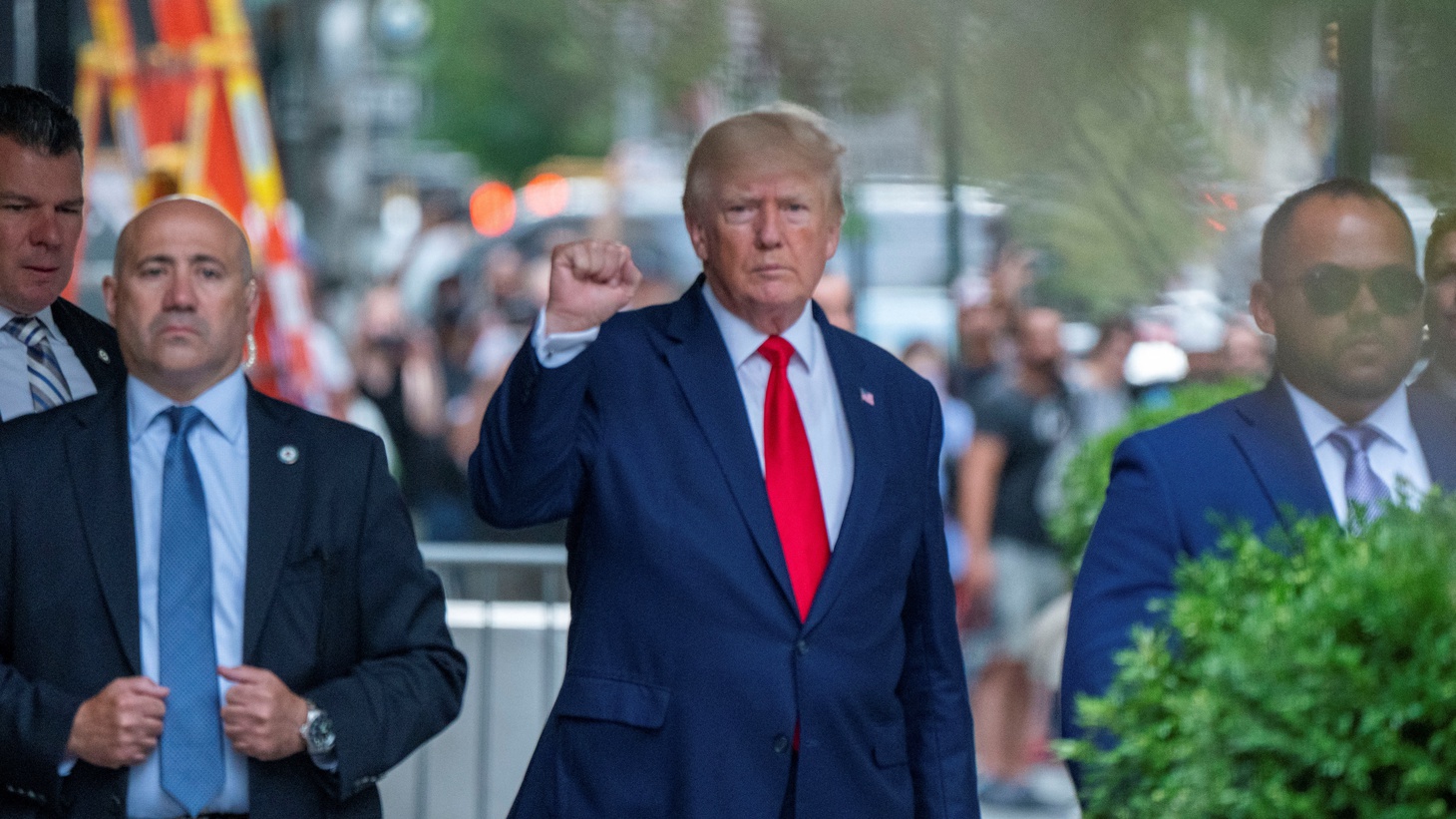 This week, the FBI executed a search warrant at Donald Trump’s home in Mar-a-Lago, breaking into his safe, and seizing several boxes of presumed classified documents that he allegedly took from the White House when his presidency ended.

Then, a federal appeals court ruled that the House Ways and Means Committee is allowed to look at Trump’s tax returns from 2015 to 2020 — something Democrats tried doing for years.

New York Attorney General Letitia James also deposed Trump under oath — in regards to a civil case about his business dealings. During the hours-long testimony, Trump pleaded the Fifth Amendment, invoking his rights against self incrimination. But in the past, he said, “If you’re innocent, why are you taking the Fifth Amendment?”

Still, Trump’s base seems to be more energized than ever, and some are even calling for a civil war. Meanwhile, some Republican campaign staffers are saying this week sealed the deal on Trump’s GOP 2024 presidential nomination.

Host David Greene discusses with Elizabeth Bruenig, staff writer at The Atlantic, on the left; Tara Setmayer, senior advisor at the Lincoln Project, on the right; and special guest Renato Mariotti, a former federal prosecutor.

Plus, gas and plane tickets are slightly down from the sky-high prices from earlier this summer, but inflation is still affecting many Americans. Democrats are set to pass the Inflation Reduction Act (IRA). Will that combat inflation? Probably not anytime soon. But the IRA is set to be the most groundbreaking climate change legislation Congress has ever passed.

And what was the actual cost to get Senator Joe Manchin to sign onto the IRA? For Manchin’s vote, Democrats agreed to support the Mountain Valley Pipeline, which spans more than 300 miles, and will carry natural gas through the Appalachian Mountains, furthering fossil fuel dependency. Special guest Alexa Beyer, environmental and energy reporter at Mountain State Spotlight, weighs in.