Russia has invaded Ukraine. What can Biden and NATO do to fend Putin off? 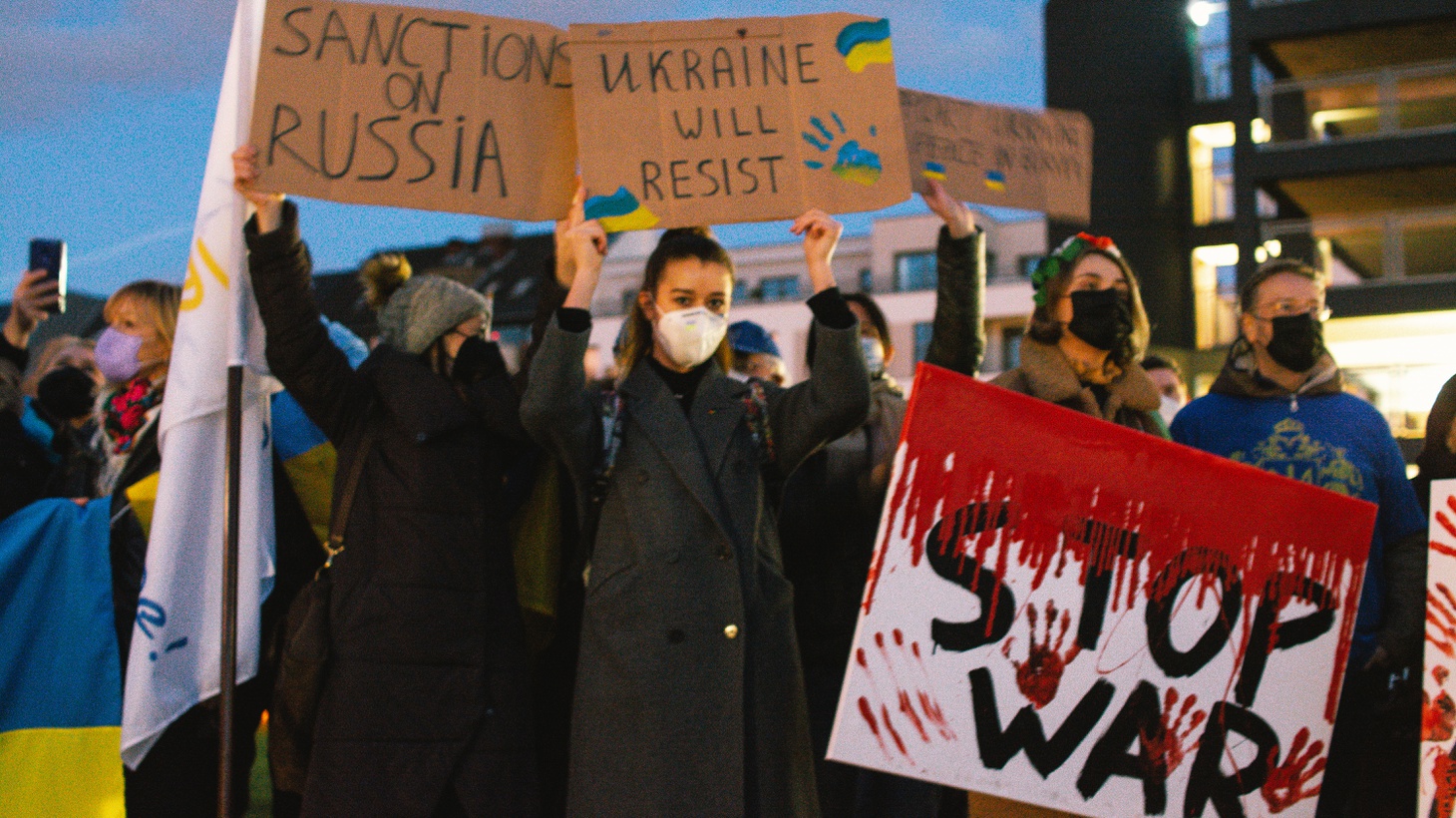 Protesters hold the signs of " Ukraine will resist" and "Stop War " during the protest in front of State parlament in Duesseldorf, Germany on Feb 23, 2022 Photo by Ying Tang/NurPhoto/Reuters.

Russia has invaded Ukraine in full force. This week, missiles, tanks and troops poured over the borders as explosions rocked the country, causing thousands of civilians to flee their homes and seek shelter. Biden’s response? Swift … but not S.W.I.F.T.

The president announced he’d be leveling harsh sanctions against Russia’s banking and tech sectors, but stopped short of putting American troops in Ukraine or cutting off Russia’s access to the S.W.I.F.T banking system they send financial transactions through.

So, why is Putin even doing this, and where will he stop? Has Biden been tough enough? How far should the U.S. and NATO go to prevent an Article Five invocation? And can the E.U. hold together through the worst land conflict Europe has seen since World War II?

Guest host David Greene discusses with panelists Tim Carney, columnist at the Washington Examiner and senior fellow at the American Enterprise Institute, on the right; Mo Elleithee, executive director of Georgetown University's Institute of Politics and Public Service, on the left; and special guest Juliette Kayyem, professor of national security at Harvard University and former assistant secretary at the Department of Homeland Security.

Also: Former President Trump praised Putin as a “genius,” and expressed support for Russia’s actions in Ukraine this week. Is that a deeper philosophy in the right, or just another Trump-ism? And how concerned should Americans really be about this war when they’re just trying to get through the day amid an ongoing global pandemic? Our panelists discuss.

Finally: Juliette Kayyem makes the argument that our recovery from the pandemic SHOULD be political. But before you groan and turn off the episode, bear with us — because while Anthony Fauci’s a great doctor, he’s not an elected leader. So how can politicians turn science lessons into meaningful policy that balances risks with living life?