“This has been one of the worst years in so many different ways. And I feel like if we can laugh a little bit, and look at things in a different skewed way … and do it by using truth bombs and that type of stuff, then at least we could get maybe some kind of a relief from the weight of things,” says Larry Wilmore. Photo by Trae Patton/Peacock

Larry Wilmore was a writer and correspondent on the “Daily Show,” which spun off into “The Nightly Show with Larry Wilmore” five years ago for two seasons. Now he has a new comedy show, and he’s just as dry and sarcastic as he’s ever been. “Wilmore” airs Friday nights on NBC’s new streaming service Peacock.

KCRW: These times are serious for many people as they’re facing COVID-19, unemployment, etc. How do you find the comedy in all that?

Larry Wilmore: “I don't necessarily find the humor in things. I just see the humor in everything. So it's not like COVID is special, you know? … What I hope to do is find humor in things so we can get out of the weight of it more than anything else. … This has been one of the worst years in so many different ways. And I feel like if we can laugh a little bit, and look at things in a different skewed way … and do it by using truth bombs and that type of stuff, then at least we could get maybe some kind of a relief from the weight of things.”

But you're also political, right? You have a political point to make.

“Sure, yeah. … Our point of view is to use the election as a way to frame this conversation and talk about all the issues we've been going through this year, everything from police to … race to voter suppression.

We’re doing a show on class this week and what's happening with our working class and even middle class, and COVID exposing a lot of the weaknesses of our system. I have Andrew Yang coming on to talk about it. And Nikole Hannah Jones, she's talking about it from a racial point of view, the racial wealth gap.

So a lot of these issues I feel are real important issues that we feel we want to talk about. But sometimes the distraction of a lot of the crazy Washington stuff gets in the way of talking about some things.

… It's not so much that I’m turning things into a joke. I'm presenting these subjects, but I tend to have a wry point of view about it. And I may have a different turn on it, but I'm presenting them straightforward to the audience in the form of a conversation.

And in the first part … I kind of like to look at the week or whatever from a more comic standpoint. … But for the most part, the show's pretty straightforward.”

Jon Stewart often said, ‘I'm just a comedian. I'm not here to be people’s source of news.’ But lot of people do get their news from late night talk shows and comedians. Do you and other comedians and talk show hosts see your roles differently now?

“No, I certainly don't. I understand that. But I think it's kind of the way the world has changed because of how we access media, even with social media. Some people don't even watch them, they just go to Twitter or Facebook or whatever … and find out about the world. It's a lot more direct. They don't have to wait for the gatekeepers.

And sometimes it's not so much getting the news, but people want to get somebody who kind of frames things in a way that makes sense to them, as opposed to maybe being neutral or taking sides that they don't agree with. So I think a lot of it is this confirmation bias more than seeking out who's giving me the news.”

So people who are more apt to side with your point of view would watch your show.

“Oh, completely. I would be shocked if people didn't. I wouldn't expect it. Just like somebody who watches Fox News, I would think that they're watching it [and] agreeing with it, rather than [say], ‘How dare they say that? Why am I watching this?’ Of course maybe that’s me, that's what I do, because I have to watch it for my homework. So I've been that category. But I can't imagine the average person subjecting themself to watching things that just make them upset all the time.”

Are you trying to educate people who are maybe more sympathetic, but aren't exactly up on all the issues? Like when it comes to the Black experience?

“We don't really frame it like that. We feel like, ‘Is this conversation being had, is this thing being talked about?’ More so than ‘what do I think the audience needs to know?’ Which I guess would be another way to look at it, but I don't quite look at it like that. … From my point of view, it's like, ‘What do I think is important about this information?’

So when we had Katie Porter on, I really wanted to talk about what's happening in the mail-in voting. And we're all kind of concerned about this. And there's voter suppression going on. … You have a limited amount of time, but try to get out what's happening there. What is going on? What can we do? Just explore those questions, more so than targeting towards anyone in particular. It's more just for anyone who wants to hear this.”

You experienced voter suppression. What happened?

“I went to go vote and my name was gone. I was like, ‘What are you talking about?’ It was just gone. And they couldn't find it. People were really nice, and they gave me … [a provisional] ballot. And I felt like my vote is not getting counted at all. … There was no explanation for why it wasn't there.

I even showed them that I received a sample ballot, which means I'm on the roll. I'm registered. I even checked that I was registered. But the name was just dropped off. There was no explanation for it. You talk about feeling completely helpless, like there's nothing you could do about it. And for me, it didn't happen the next time, but when it happened that time, it kind of shocked me because that had never happened.

And I can only imagine that just the different ways that people might get purged or told that they can't vote for whatever reason.

… It's like oh, you feel violated, there's this feeling that is so [personal]. … I didn't even know it would feel like that because that had never happened to me before.

… It could happen to anybody. I pay attention to these things. I make sure that I'm registered and all that. And yet, it happened to me. And I did all the right things.

So imagine if you're busy, your main job is putting food on that table. You're working and you feel like you registered. And you’ve got to take time off from work to go do that. Do you think you have time to follow up on these things?

… I think a lot of people stay away if they think it's just going to be this hassle. … It’s ‘voter depression.’ It's like depressing people enough where it's just not going to be worth your time to fight against this type of thing.” 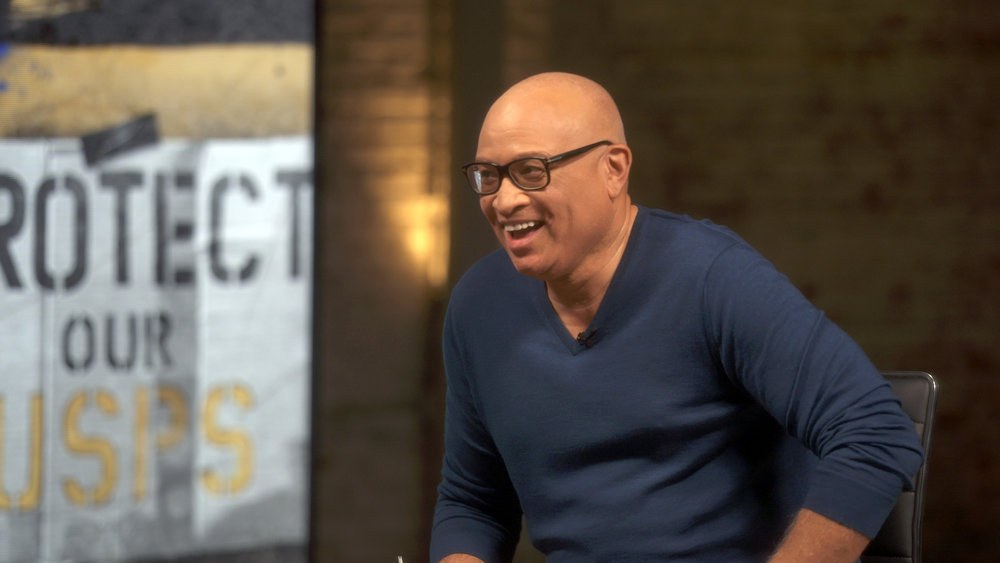 “I have no idea what to make of that. I'm as shocked as the tone of your voice right now. Shame on them for even admitting that. They should have gone to their grave and not admitted that. But if they represent a large group of people like that, then maybe there's some good to come out of that. But hopefully, they will turn that around and get … to that voting booth. Because there's no excuse for that.”

According to statistics, Black women vote a lot more than Black men in general. They might be part of the cohort.

“Why someone doesn't vote, who knows if they think it doesn't matter, or they're just not engaged. Or maybe it wasn't in their family culture or whatever it is. But they just need to know that — especially if they have a platform like that, they need to be voting. And I think hopefully Shaq realizes that now. Why people didn't take it seriously before, I don't know.”