The beloved 1960s  TV show “The Addams Family” is hitting the big screen as an animated feature. It follows the macabre family as they move to New Jersey and start a suburban life. KCRW DJ Chris Douridas is the music supervisor for MGM Studios’ new film.

The song “Haunted Heart” opens the film, and it features Christina Aguilera. Douridas says she comes to the mic with a lot of passion. “The whole idea, the whole hope with this opening title song was to underline that passion between Morticia and Gomez. That's why the Addams family has survived all this time -- it's the passion between the two of them.” 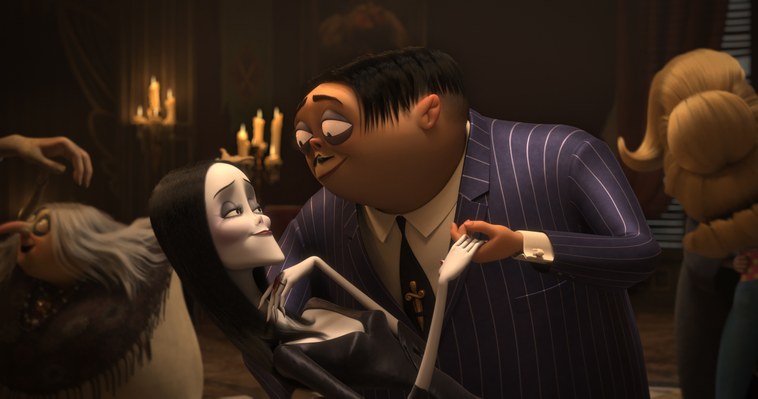 Charlize Theron as the voice of Morticia Addams (left) and Oscar Isaac as the voice of Gomez Addams (right) in
“The Addams Family.” Credit: Metro Goldwyn Mayer Pictures.

Also, the song “My Family” is a hip-hop version of the original theme.

“There's an action sequence in the film, and we wanted it to be a sort of revved up version of the original Addams Family theme,” Douridas says. “So we went to songwriters who wrote the opening credits and asked them to think about what they could do with the Addams Family theme song if they could bring that into the modern day currency of music.”