KCRW: The show begins with just you onstage (more band members come on the stage later). You are singing solo and contemplating a plastic brain in your hand. And you note later that babies have hundreds of millions more neural connections than adults have. And then you ask if they're smarter than we are. What are you asking the audience to consider with that opening?

David Byrne: “An opening like that … it's letting the audience know that you're in for something a little bit unexpected. This is not going to be kind of your usual music concert. It also says as far as the character goes … here's a guy who's kind of inside his head … and he's holding a brain in his hand, turning it over and pointing to the different parts, like here's where speech is processed, here's what visual stuff is processed. That's his work at the beginning of this show.

Some audience members, this has happened, where some friend has told me, he thought, ‘Oh, this is going to be a really self indulgent show. He's going to do the whole show, isn't he? Okay, he's going to sit at a desk, holding a brain. And that's what it's going to be.’

You say it's a character. It's not you?

“It has elements of me in it, but it's not completely autobiographical. I use kind of occasional elements from my own life to hang things on. When I talk to the audience, and I use the songs to kind of sometimes bridge those talking bits. Or you could say that the talking bits break to the songs either way.”

Do you feel comfortable talking to the audience?

“That was a bit of a learning curve for me. I've talked to an audience before, but usually, it's not very much in the past. I wouldn't have to be as aware of, okay, you're going to say something now, and you're going to refer back to what you said in the beginning. So the audience realizes you're not just saying this stuff at random, you're taking them on a considered journey, step by step, we're going we're actually going somewhere with this.”

At one point, you’re talking to the audience about a song that you wrote called, “Everybody's Coming to My House.” It was written by a Detroit high school choir. You tell the audience about how they interpreted the song differently from you.

You were surprised that the high school choir saw the act of coming over to someone’s house as a great thing. But you see it differently. How do you see it?

“I do understand that. But also, this point, this person is trying to figure out how to be social with other people … didn't quite know how all that worked. So the idea of having all these people come over to your house is like, well, that's a little bit of an overload. It's a little bit more than this person could handle at some point.

And I realized the song has two meanings. It has more than one meaning. It can also mean that you're thrilled that everybody's coming over to your house … and you want to see them all.”

Now during the pandemic, not a lot of people are coming over to anyone's house. So maybe the longing is even more acute.

“Oh, absolutely, absolutely. I was working on a project recently where we got some people together, socially distanced, far enough apart with masks on and all that. But we let them in dancing together. People loved it. They hadn't done that in so long, dancing to music together with other people. … They felt that oh, this is a thing that we do, we do this, and we live like this. And you go, ‘Wow, it's been a while.’”

Your show’s theme is making connections with other people, maybe people you wouldn't normally make connections with. Do you see that differently now that the movie is being shown in people's private homes on HBO Max during a pandemic?

“Oh, yeah, everything you read, every movie you watch has a different meaning now. From the pandemic, football, the social issues, inequality issues, and everything else has been raised, the curtain has been pulled back on a lot of stuff in our society.

… Now it's kind of amazing. … If I'm watching a movie on late at night, and there's a scene with, say, a lot of people all crowded together on a subway or on a dance floor or something like that, my first reaction is ‘get me out of here.’”

You talked about how this is revealing things about our society that we knew about but maybe didn't want to face. This movie was filmed a year ago before George Floyd and Breonna Taylor killings. Yet the problem of  Black people being killed by police and others is not new.

And you perform a Janelle Monae song called “Hell You Talmbout.'' You say you were really moved by this song when you saw her perform it. You asked her if you could perform it as well. Why did you want to perform this particular song?

“When I heard the song, I found it incredibly moving. And it's a protest song. It asks us people to remember the names of these people who've been murdered. And it basically just recites their names and says, ‘Say their name.’ … I found that incredibly moving way of just saying, ‘This is what's happening. This is happening. We've lost these lives. It's been senseless. And needless. That's not forget this.’

How did director Spike Lee work with that part of the show, and add onto it in terms of the content?

“He said, ‘David, I want to invite some of the family members to come to the show, the mothers, wives, etc.’ Yeah, he explained he had an idea to have these people intercut with us in that song, holding a big picture of their son or husband that was gone. … The song is already incredibly moving. And this just took it to another level, having these family members there holding the pictures.” 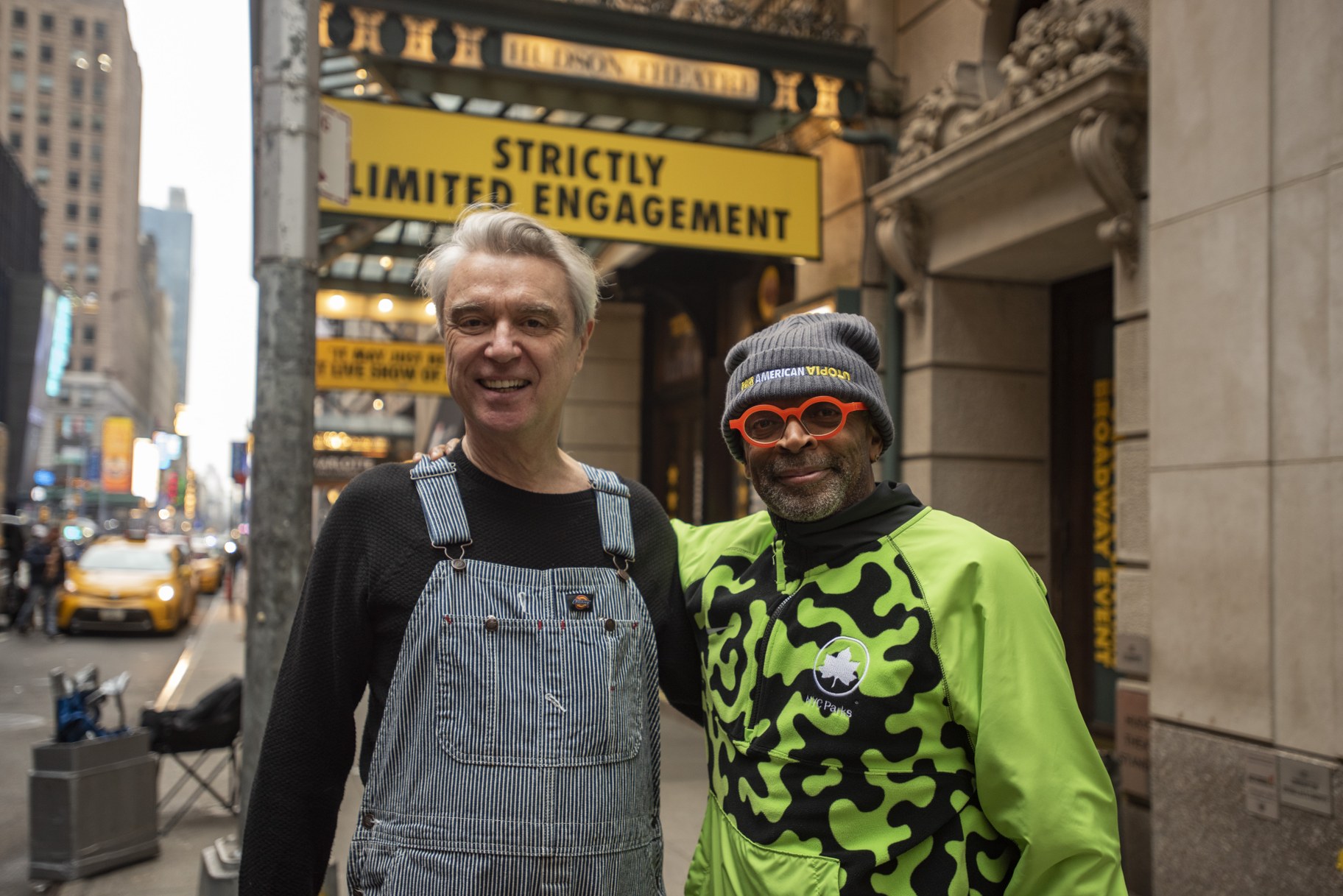 “I think I've always been very reticent about putting it into my work. … Maybe I just didn't know how. I think that's part of it. And there's also maybe a part where I've just felt just how do I do it? But is that part of what I should be doing? I should probably ask myself that too.

… In recent years, I just felt like I'm old enough. I can do this. I have a career. I don't have to really worry about that. We can't just be entertainers, we have to reflect the world that we live in. We can be entertaining too at the same time. But we can't not acknowledge what we see going on around.”

“I, Zimbra” is one of my favorite songs of yours when you were with Talking. You do play the song in this concert. The song is full of nonsense lyrics. This was written by Hugo Ball. I think in 1916, he wrote this poem. I never thought of this song as political. But then the way that you've described it, as the … surrealists were trying to call attention to the power of being a rebel in the art world, to rebel against fascism, I saw it as particularly political now. Is that how you see the song as well, as as a political song? And did you always see it that way?

“I didn't always see it that way. In more recent years, I realized that a lot of them were immigrants, they felt obliged to leave their country. And a lot of them moved to Zurich, where they could congregate. That came from all these different other places where they were maybe not quite safe. And they began to do all this crazy stuff in Zurich.

Then later, when I look at it and look at some of the things they said, they felt that in some ways, they were making a political statement or a statement that’s saying that there are more ways to look at the world and to be in the world than what's being presented. We want to open up the idea of how you can think and how you can be.”

When you were making “Fear of Music,” the album that “I, Zimbra” was on, were you thinking of it that way?

What made you think of it differently?

“Well all this stuff about immigration started happening not too many years ago. I was just reading about that movement and those artists and performers. And yeah, realized that oh, they're kind of mirroring this, they're all immigrants, and they all came to a place where they could perform, free of the restrictions of their local oppressive governments.

And then more recently, I read about the statements that they made that … overtly allude to … the political implications of what they're doing. But I didn't know that at first. But I think I made those discoveries because of the times we live in. … That becomes a lens that you start to look at, things that you read or things that you see. You find comparisons or things that seem like hey, something similar has happened in the past.” 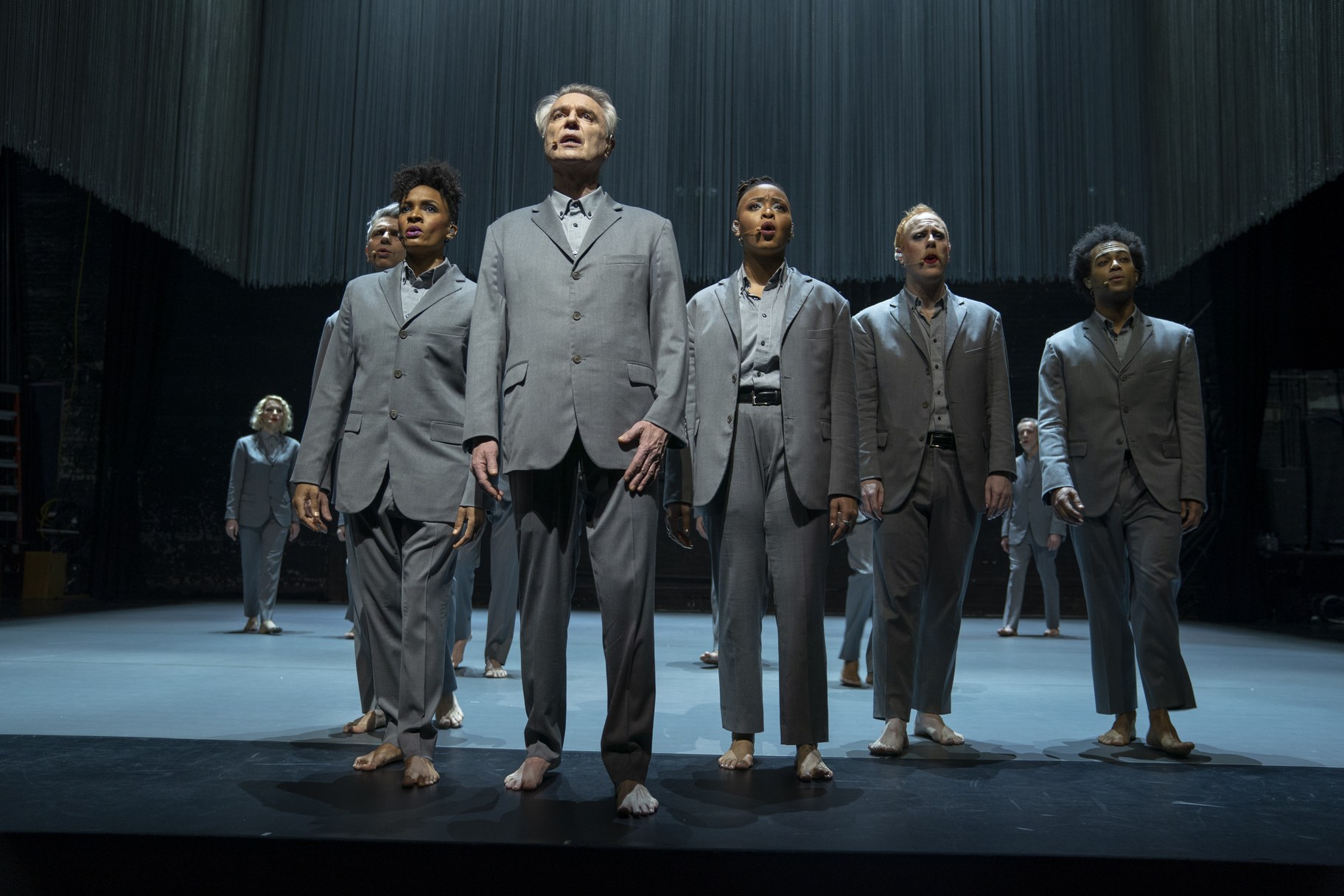