Humpback whales undergo one of the longest migrations of any mammal on Earth — over 6,000 miles. Photo by Adam Geiger/National Geographic for Disney+.

“When you see them underwater, you realize they actually have very rich lives and complex behaviors, how they feed or what they know about their local waters, how they socialize, their parenting techniques. These animals have culture,” says National Geographic explorer and photographer Brian Skerry in the new Disney+ docuseries called “Secrets of the Whales.”

Skerry followed whale pods all over the world. He took photos when the series was filmed more than three years ago, and many of them are in a new book called “Secrets of the Whales.”

KCRW: You write in your book that a lot is still unknown about whales. What do scientists hope to learn? What did you hope to discover when you were making this book and the series?

Brian Skerry: “When I created this project ... I was trying to find a way to do a multi-species story about whales. And the challenge was how I would connect the dots, what the narrative would be.

And over the last number of years, I was reading a lot of scientific papers, talking to scientists about this notion of culture, the fact that some of the latest and greatest science about whales was showing that, like humans, they have rich cultures. They have ancestral traditions that they're passing on.

And depending where in the world they live, genetically identical species are doing things differently. So that was really the premise for the project. And as we got into it, so many of these richnesses of their cultures and societies and personalities really emerged.”

What do you mean by culture? It sounds like you're anthropomorphizing them.

“This is, of course, all founded in science. It is based on the research that these researchers have been doing for several years. And one of the scientists that I worked with from the very beginning, and throughout this project, Dr. Shane Garrow, who for the last 15 years has been studying sperm whale populations in the Eastern Caribbean, near Dominica. He describes the difference between behavior and culture like this: ‘Behavior is what we do. Culture is how we do it.’

For example, most humans eat food with utensils. That is behavior. But whether you use chopsticks, or knives and forks, is culture. So we might have a population of Orca, for example, that live in New Zealand, and their … ethnic food choice is stingrays. They have figured out how to catch and eat stingrays. And they are the only Orca that do that in the world. But Orcas that live in the Norwegian Arctic like herring, a type of fish. And they figured out a strategy for eating that. And the ones in Patagonia predate on seal pups or sea lion pups. And they are the only families of Orca in the world that do that. So this is their cultural traditions. It's what they like. And it's the knowledge that they pass down to their offspring as well. 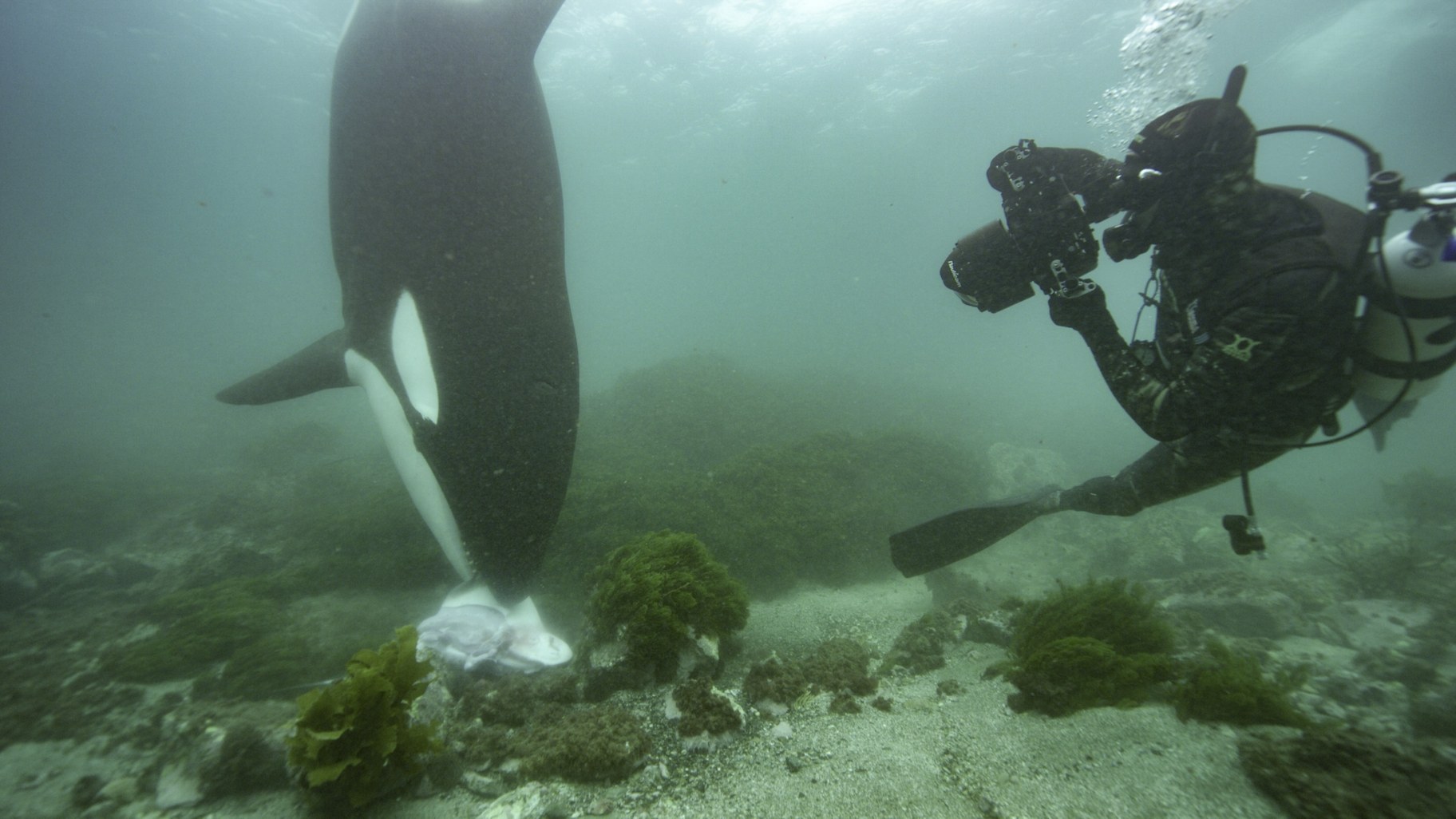 Orcas off Patagonia will intentionally beach themselves to snag sea lions. This risky strategy is unique to these specific whales. Photo by Hayes Baxley/National Geographic for Disney+.

As I was forming the basis for this project, it was kind of like the neighborhoods of New York at the turn of the 20th century. You had all these little enclaves of cultures based on traditions and language and so forth, and I extrapolated it out to different whale populations.”

These groups of whales that you show in your book and in the series all seem to be matrilineal, led by a female. Why is that?

“Some of the whales that we're looking at are absolutely matrilineal. The Orca and the sperm whales are led by the older, wiser females of the group that tend to make all the decisions, as far as we know. The males in some of these societies, particularly in the sperm whale societies, leave when they get into their teenage years. … We don't fully know where they go. But they often do, it seems, return many years later. But it is the females of the group that are the glue that holds it together.

In these societies, having female calves is very important for the future. With Orca families, maybe it's a little bit different. The males do stick around, at least the ones that I've observed. They may not be integrally part of the group on a day to day basis, but they're out there, they're not too far away. … Again, it's very difficult to study these animals. So we don't often know every part of what's going on on a day to day basis.”

The moms are teaching the calves how to hunt, fish, and survive, which is true with many different animal species.

“That is very true with these. So with the Orca, for example, this is absolutely learned behavior. And it is the mothers and the grandmothers, in some cases, who are teaching the calves how to do these feeding strategies that they have developed, that only these families know.

In the Falkland Islands, for example, there was this one adult female, the matriarch of the family, that was trying to teach her calves how to do this behavior of coming into a little ... pool and snatching an elephant seal pup and then taking it offshore … None of the others have yet mastered it. And their survival somewhat depends on that. So it is definitely this generational learning that we're seeing.” 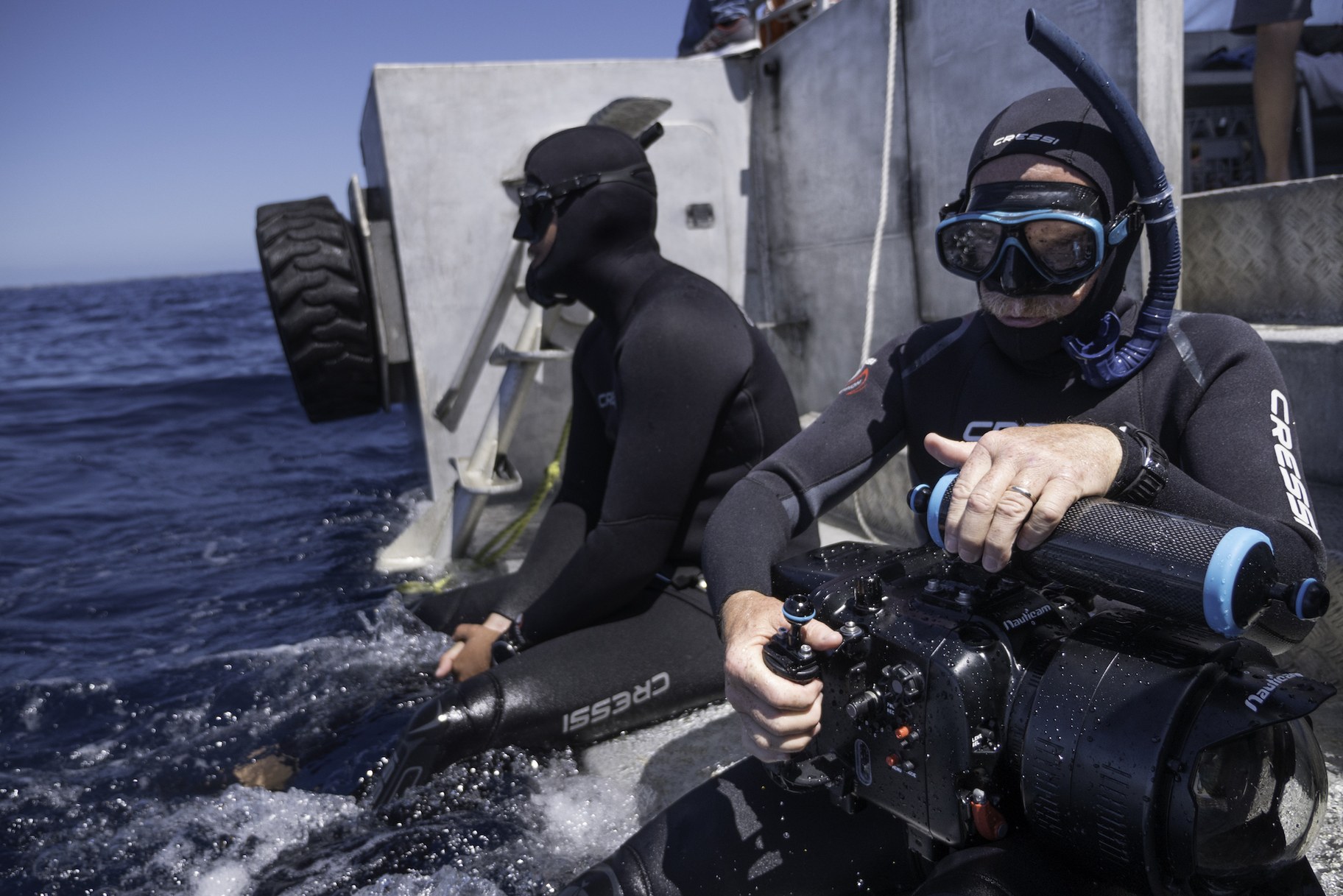 How is their language being monitored and analyzed? What are they saying to each other?

“We don't quite know. And this is one of the new frontiers for whale biology. Scientists have been gathering data, terabytes and terabytes of sound recordings. Shane Garrow, who's been working with the sperm whales in Dominica, has been using hydrophones for 15 years. And now that project is wrapping up. They're actually getting a bigger effort underway to try to decode the language. ... They're bringing in cryptologists and linguists and all kinds of experts a little bit outside of whale biology to try to figure that out.

New science is slowly being revealed. A scientific paper came out not long ago that revealed that Beluga calves are given a name when they are born, but it is the same name as the mother. But once the little Beluga starts to speak … they get their own name.

So maybe like dolphins. When dolphins greet each other, they sort of say hello, and they have their own name attached to their signature whistle. And, of course, dolphins and whales are all part of cetaceans, the same big family. So it wouldn't be surprising that belugas would be similar. Same with Orcas. They're all having these rich dialects within these families. And it is somewhat cultural, of course.”

Do you ever feel afraid that you're so close to these whales? Orcas in particular are known as the apex predator of the seas.

“I haven't felt afraid or threatened. It's always a little bit awe-inspiring. It takes your breath away when you're in the presence of such big animals. And particularly with Orcas, they are scary smart. I write in my book that it's like being scammed by a supercomputer. They probably know everything about me. They know what I had for dinner last night. But that being said, there's almost this sort of mutual respect. I've never felt threatened by them.” 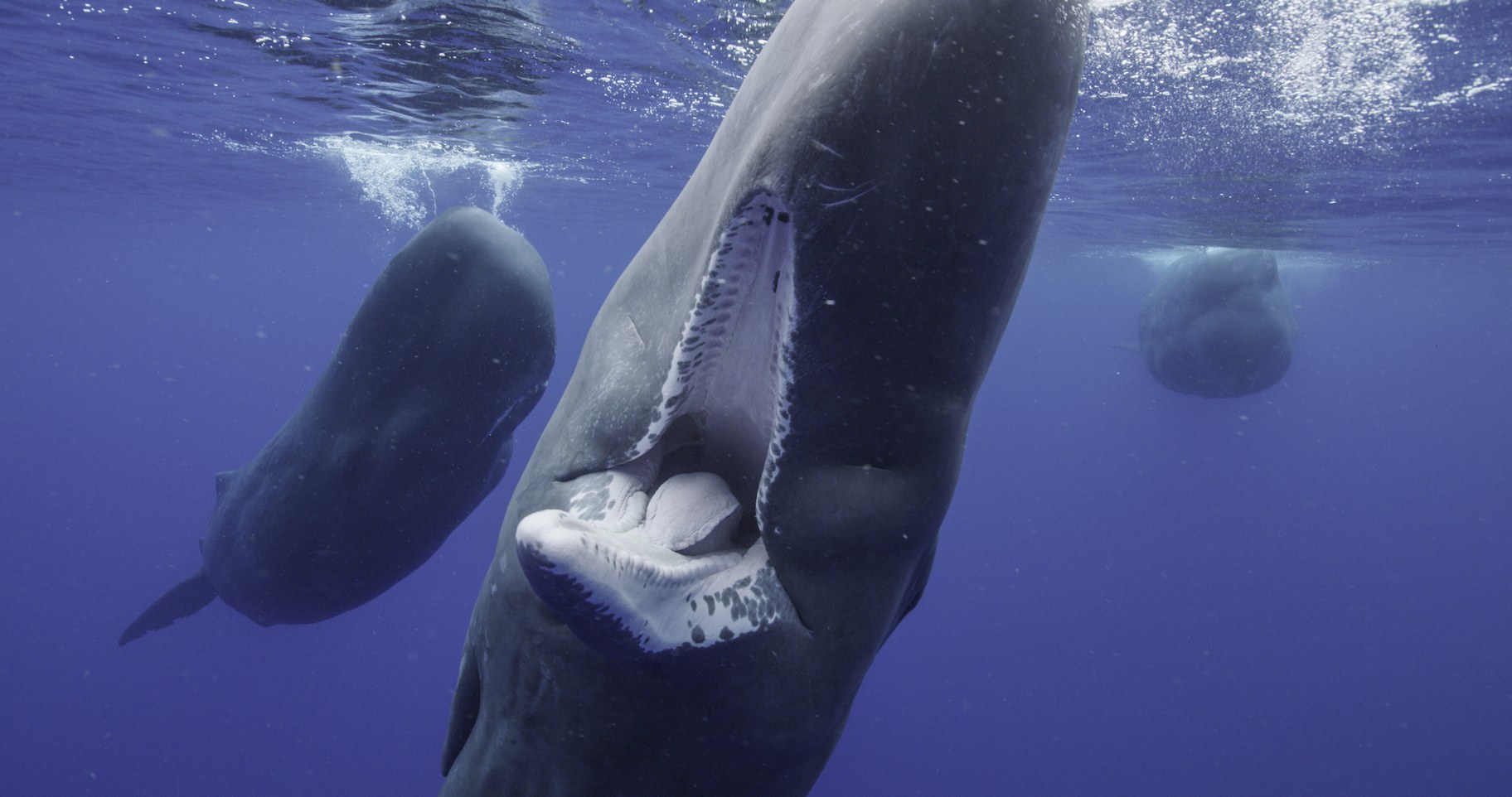 Up to 26 long teeth line the sperm whale’s lower jaw. Each one can weigh as much as two pounds. Photo by Luis Lamar/National Geographic for Disney+.

You've been observing whales for decades. Do you feel like you understand them now? Or do you feel that there's just so much more that you don't know, that you'll never really understand?

“I feel as though some of the initial layers, the initial chapters are being revealed. But as much as we were able to capture in this three-year effort, and from the previous years that I've done this work, I think we're only seeing the tip of the iceberg. I really believe that these animals have far richer societies, more complex behaviors and cultures, that perhaps that will take a lot more time to understand.

But that being said, there's a lot to see. I think it's not only the culture that we talk about … but over the years that I spent with them, I'm seeing personality, I'm seeing emotion. I see what can only be described as joy or grief, and celebration. So I have seen a lot, and only sort of whet my appetite to want to know more.”